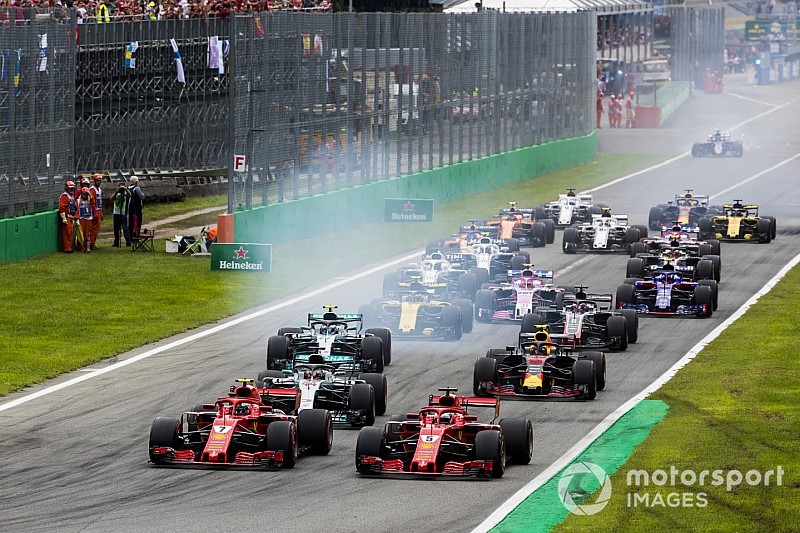 Formula 1's current problems should act as a spur – rather than a deterrent – for its owner Liberty Media to push on with a major rules revamp for 2021, says McLaren CEO Zak Brown.

In the wake of a growing performance gulf between the top three teams and the rest of the grid, the near collapse of Force India, and a situation where top drivers like Esteban Ocon may miss out on seats, Brown thinks the time has come for action.

He believes that rather than Liberty respond to the difficulties by adopting a cautious attitude, he suggests that the events should make it even more convinced of the need for a radical overhaul.

"I think we have all seen it coming, and I don't envy what Liberty inherited because this started a while ago," Brown told Motorsport.com.

"Bernie [Ecclestone] had control of it and was keeping it together, but it was a bit of a ticking time bomb, and now some things have exploded.

"And I've said this to them [Liberty], and it is not nice, but sometimes you need things to actually break to be able to fix them.

"Unfortunately some of these things that have broken were unfortunately necessary in order to be able to hit the reset button."

He added: "I have never thought that F1 is too big to fail. But I think the industry as a whole has an arrogance that it will just take care of itself, it always has.

"I can't tell you how many times I have heard – it will always fix itself. Lehman Brothers went under and that was the start of fixing things.

"Whether it is a racing team, or a driver who should be in a seat and is going to end up being on the street, those are going to be things that we need to take notice of."

While a major overhaul of engine rules for 2021 is looking unlikely because no new manufacturers are interested in joining, Brown hopes that plans for a budget cap and new car rules do not get watered down.

"They [Liberty] need to get it done this year and we have been talking about it long enough," he said.

"They have got all the right ideas, they have had all the input from the teams, they know where the resistance is, they just need to do it. They own the sport.

"While there are things they cannot do in 2019 and 2020 because of the governance, it is a clean sheet of paper in 2021, and they just need to do what they say they are going to do, and be hard about it. And if people don't like it – they can leave the sport.

"I do believe Liberty wants to do what is best for the sport, but those teams that have the ability to spend above the budget cap are going to see it as a disadvantage to them.

"But they should have enough confidence in their racing team, that they shouldn't have to be dependent upon money to buy their success."