Villeneuve: Vettel swipe was 'ugly' but no big deal 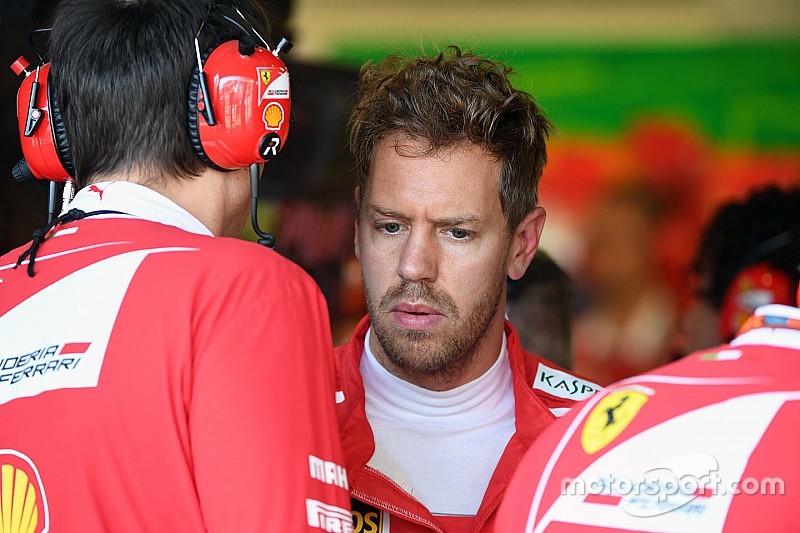 Jacques Villeneuve has come out in defence of Sebastian Vettel after the German's lunge at Lewis Hamilton in the Azerbaijan GP.

Vettel swerved into Hamilton's Mercedes during a safety car restart in the Baku F1 race, believing he had been brake-tested by the Briton in the preceding corner.

The Ferrari driver received a 10-second stop-and-go penalty, but many - Hamilton himself among them - insisted the sanction was not severe enough.

Villeneuve, who 20 years ago was involved in a notorious collision with Michael Schumacher in the 1997 title finale at Jerez, said that incident - which led to Schumacher being excluded from the championship standings - was not similar to the Baku flare-up.

“It was very different,” he told Motorsport.com. “They’re going 10mph, who cares?

"Of course it was ugly, but ultimately Lewis brake-tested him. I’m a driver, I’ve been there.

"Whenever a driver did that to me, then I would do whatever Seb did. He got a penalty, the biggest he could get, I guess, according to the new rules."

Villeneuve reckoned that Vettel did not intend to barge against Hamilton's car when he pulled alongside the Mercedes: “I don’t think he was trying to hit him. He had one hand on the wheel and was looking at him and pointing the finger.

"You don’t hit with your wheels turned like that, you will break your own car, and with one hand – if you’re going to hit someone, you have two hands on the wheel!

“That’s fine, that’s OK, that’s cool. And in a way I am happy to see that drivers have emotions. It’s good, it’s fun.

"We have the two guys fighting for the championship, getting angry with each other, and ultimately no damage was done. What’s the big issue?

"It’s great TV, it’s good to see that they’re on it. Much nicer than Lewis asking [teammate Valtteri] Bottas to slow Vettel down. I mean, that was embarrassing."

Villeneuve said he was also happy to see stewards decide against a penalty for the first-lap collision between Valtteri Bottas and Kimi Raikkonen, but suggested it was an example of modern F1's inconsistent stewarding.

“At the end of the day Bottas didn’t get a penalty for running into Kimi. But at the same time the rules should allow racing and mistakes.

"I’m happy there was no penalty, but then others shouldn’t get them either. It was racing, and one just made a mistake and one ran into the other.

“But I would like to see more penalties for weaving, which we hardly ever see – that’s the big issue. In Montreal I think [Stoffel] Vandoorne did it at one point, and at least [Carlos] Sainz got a penalty.

"We see some extreme weaving and that should be penalised.

"What Bottas did, that was just poor driving, but it’s racing. What Vettel did was not nice, not sportsmanlike, but good to see.”