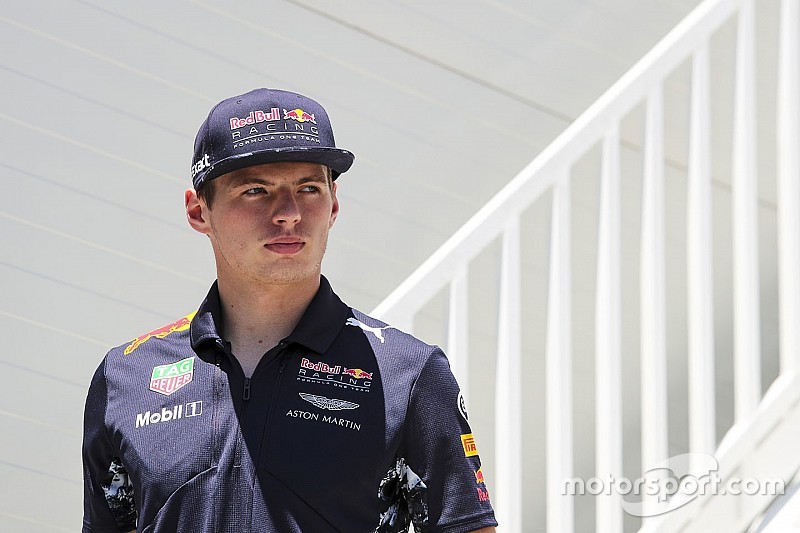 Verstappen was running fourth when he retired the car with an engine problem at Baku while teammate Ricciardo capitalised on a chaotic race to take the team’s first win of 2017 and his fourth successive podium.

Red Bull has completed the fewest laps of any team this year with 685, compared to Force India’s leading tally of 956, and Verstappen has joked after Baku that he would at least avoid technical failures when he's doing a simulator session the week after.

Verstappen did not speak to media after Sunday’s race, saying he “didn’t really feel” like talking.

Horner said he understood Verstappen would be feeling “enormously frustrated”, especially given Ricciardo has had the run of luck that puts him 47 points clear of the teenager in the drivers’ standings.

“Right here and now, he's enormously frustrated,” said Horner. “But what compounds that is that his teammate has been getting podiums and now a victory.

“But you can see it is through no fault of the team or the effort the team is putting in.”

Horner feels there was “no doubt” Verstappen would have won the race had the engine problem not occurred, as he was running behind three cars - Lewis Hamilton, Sebastian Vettel and Sergio Perez - who eventually hit trouble later in the grand prix.

Amid a run of bad results, which included Verstappen running in a podium position after a stunning start in the preceding race in Canada before encountering a battery failure, Horner believes the teenager’s luck will change.

“He's had a few rough races, where things haven't gone his way, but I just get the feeling that there's a big result just around the corner for him," he said.

“He’s driving so well at the moment, he’s really stepped it up a gear. He’s had a run of bad luck, that will turn - it always does.”

When asked if there was a fear the frustration will lead to him over-driving the car, Horner said: “Well he hasn't, in fairness to him.

“He came to Baku and he's been on it all weekend. He's been massively impressive, particularly in the second sector.

“So I don't think so. He's a very mature 19-year-old. He's obviously hungry for success and he feels it, which is probably a good thing.

“He'll grow in his career from this current experience that's been tremendously frustrating for him and he'll come out even stronger - I’ve got no doubt about that.”

Button urges F1 to "move on" from Vettel controversy