Max Verstappen says he was gutted by his latest reliability setback in the Azerbaijan Grand Prix, a race which he could “easily imagine” going on to win. 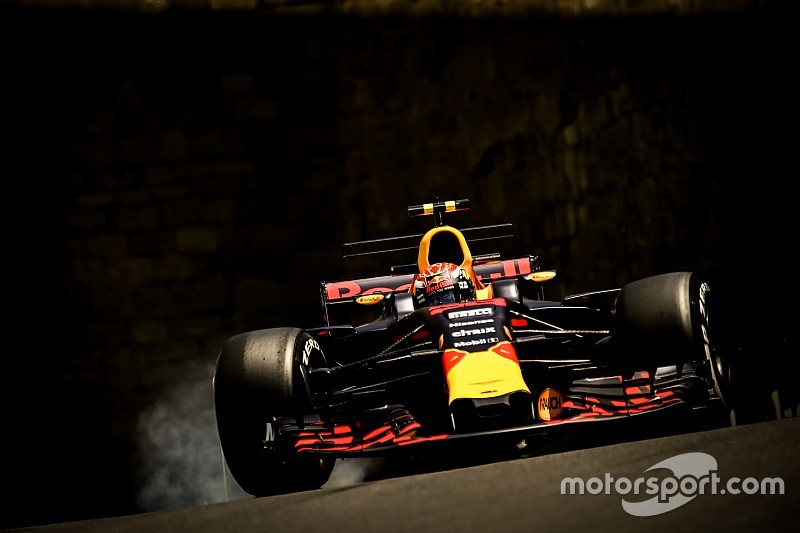 Verstappen was speaking publicly for the first time since his second straight retirement from a frontrunning position, and his third of the season for technical reasons, via Skype on the Dutch TV show Peptalk.

“During the race I wasn’t thinking about [reliability concerns] and then suddenly I had a problem again,” he said. “It's really gutting to drop out again when you’re in such a good position and if you look at what happened afterwards.

“The team are still looking into the problem. It’s definitely something with the engine.

“On Saturday during qualifying I had to tune the engine down as well as the only Renault runner. That was pretty odd.

“Now the engine is done so we can put a new one in.”

Verstappen was buoyed by the level of competitiveness that Red Bull showed in Baku, if not by his end result that leaves him sixth in the drivers’ championship.

“I think we were positively surprised in Baku,” he added. “The car was doing well but then I really want to score points.

“In terms of outright speed the whole year has been quite good, but in terms of scoring points it really hasn’t.

“[The team] expect me to do my best and I expect everything is perfect from Red Bull and the engine as well. It’s very tough.

“This was an engine problem and, unfortunately, not the first time.”

When asked at the end of the interview how he was going to move on from his disappointment, Verstappen joked: “On Wednesday I’ll be in the simulator, at least there the engine can’t break down.”

Not speaking to press “the smartest thing”

Verstappen also explained his reasons for not talking to the world’s media after his fourth DNF in eight races.

“I didn’t really feel like [talking] at that moment,” he said. “I stayed at the track for half an hour to talk about the race and the balance of the car with my engineers and then I left.

“I thought it was the smartest thing to do.”

Verstappen denounced social media chatter of a conspiracy against him from within the team, and replied when asked about it: “Absolutely not. If you look at how hard the guys work day and night to make the car work perfectly, then they’re really gutted as well when it breaks down.”

On the subject of Ricciardo’s victory, he added: “I was disappointed already as it was. If you look at the [finishing] positions, then you can easily imagine [winning the race] yourself.”

Five things we learned from the Azerbaijan GP

Villeneuve: Vettel swipe was 'ugly' but no big deal