F1 triple-header unlikely to return in 2019

Formula 1 teams do not expect a repeat of this season's triple-header in 2019. 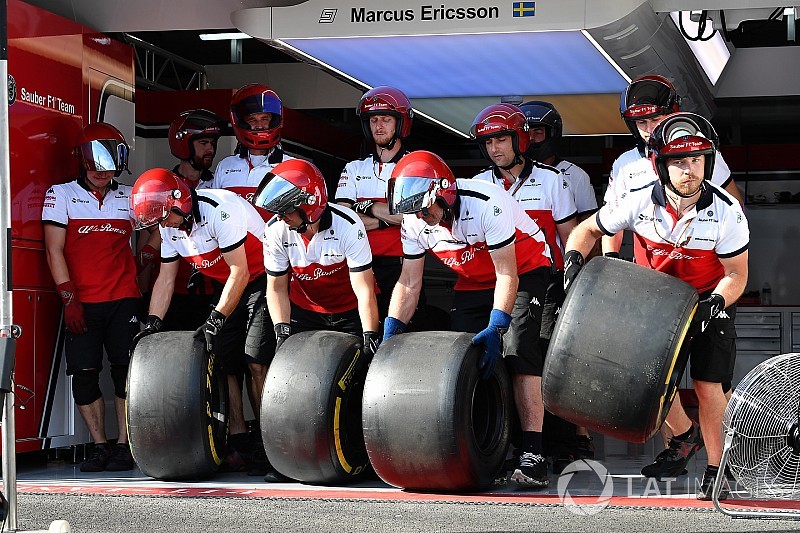 This weekend's British Grand Prix is the third race in a row, after GPs in France and Austria, and teams will only get one weekend off before back-to-back races in Germany and Hungary.

McLaren F1 boss Zak Brown said: "My understanding is [the calendar is] most likely not going to have a triple-header again next year.

"That's what was discussed at the strategy meeting earlier this week but I don't think that's set in stone.

Teams have had to draft in more people to help with some logistical problems posed by the triple-header, such as driving the trucks between countries, and rotated responsibilities to try to give staff members short breaks.

"They put in an enormous effort, and when they're not able to get home it is a tough thing for them and for their families.

"I don't believe a triple-header will appear on the calendar again. Maybe we've learned our lesson that it is quite a tough gig for everybody."

F1 could add a Miami Grand Prix to its calendar for next season, although a race in Germany – which will be part of a run of five races in six weekends this year – is unlikely to appear.

Haas team principal Gunther Steiner fears F1 is not benefitting from putting on so many races in quick succession.

"It's not only that the teams are challenged, we need also to see what the fans think – if there's a saturation factor coming in, if nobody's watching the third race in a row," he said.

"F1 is pretty good at getting over logistical and technical challenges, that's what we're best at. But it comes at a cost, financial and human.

"We can do everything – four in a row or five in a row – but do we really want to do that? Is it worthwhile?

"That's why we need to see something positive out of it. If it's the same or negatives, why would we do it in the future?"

"A Formula 1 race has to be something special," he said. [More races] will be challenging, but I think that is not the point.

"The point is to think 'what is the right balance between creating a constant in being here and a bit of expectation'.

"I think that it is good that sometimes you make yourself desire the other bit, like a love affair.

"If you are constantly available, the love can deviate a little bit. So, you need to keep that feeling of something special."