Formula 1 will revisit the use of DRS through Zandvoort's banked final corner in practice for this weekend's Dutch Grand Prix.

In the wake of Max Verstappen's booming popularity, Formula 1 returned to Zandvoort last year for the first time since 1985.

Originally Zandvoort's second DRS zone was planned to start before the flat-out right-hander to boost overtaking possibilities on the main straight, but due to safety precautions the FIA decided to shorten the zone until after the banked corner.

Following the lack of action in last year's race, F1 will revisit the idea later this week, with a full-length DRS zone to be tested during Friday practice.

"The current position is that we are going to have the DRS ahead of the final corner, so early on, to improve a bit the racing in Zandvoort," Nikolas Tombazis, the FIA's Single-Seater Technical Director, told Viaplay.

"And if we feel that there is any, even a remote, risk for the safety than clearly we would have to take action and change it after FP1." 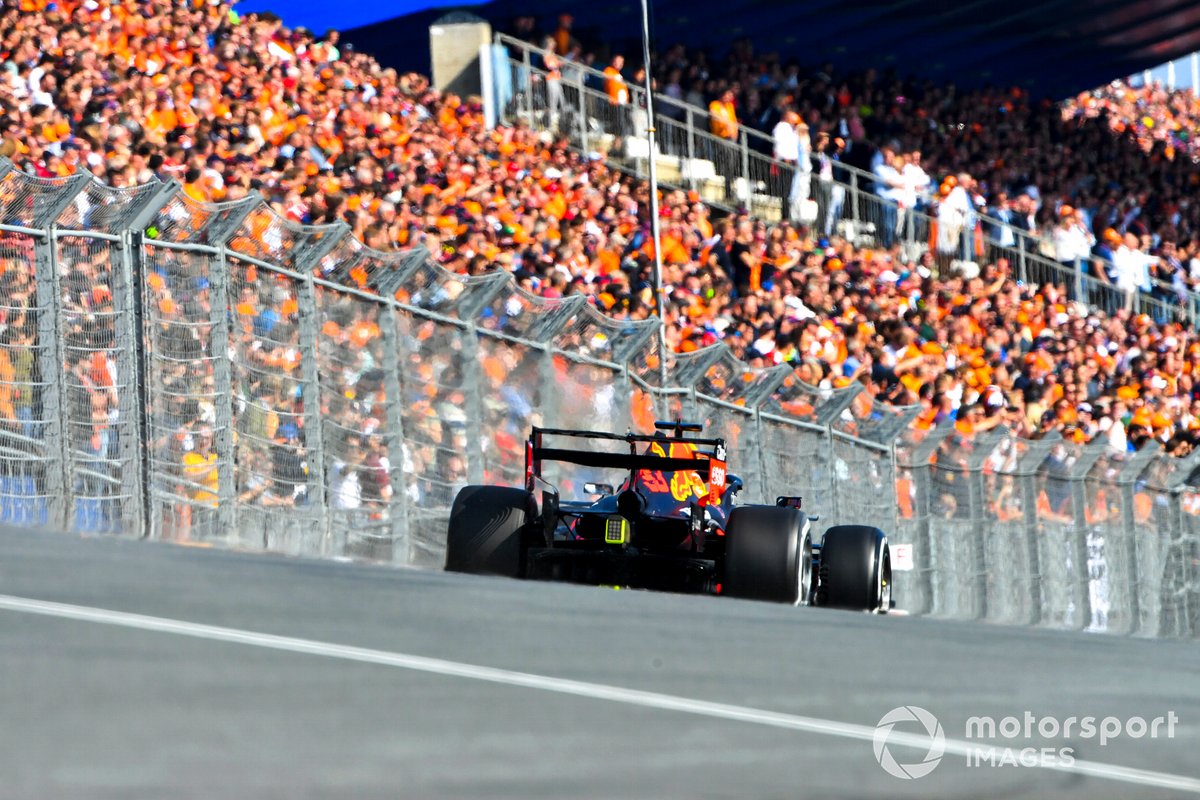 Pirelli's Motorsport Director Mario Isola said the move would change the load on tyres, but thought it was too early to predict what the effect of DRS usage through the Arie Luyendyk Bocht would have on degradation.

"Usually when you open the DRS you transfer the load on the front, so you load a lot more the front tyres compared to the rear tyres," Isola said when asked by Motorsport.com about the FP1 experiment.

"Then we have to check the data after this test to understand if in this condition the rears are sliding, for example.

"We can have some surface overheating, for example, but it's a bit difficult at the moment to make a proper prediction."

Isola thinks that the lack of grip from Pirelli's hardest C1 compound will drive teams towards mediums and softs during the race and hopes a projected two-stopper will deliver more action.

"Hopefully with the selection that we decided for Zandvoort we will have a bit more action and a bit more overtaking," he added. "I'm expecting a delta lap time between C1 and C2 much bigger than C2 and C3.

"If it is the case on a short lap like Zandvoort, which is similar to what we had in Budapest, then maybe the hard is not going to be a suitable choice for the race and teams will focus on mediums and soft. That should bring the strategy towards a two-stop."

Video: Just how did Verstappen win from 14th at Spa?