F1 to 'look at rules' to stop 'negativity' - Ecclestone 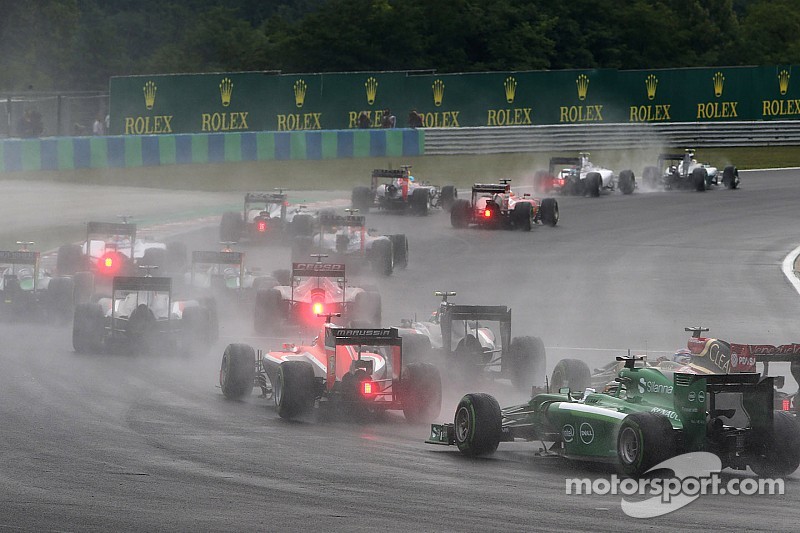 Bernie Ecclestone thinks Formula One needs to act now to prevent a downward trend of unpopularity.

Before qualifying in Hungary, amid a climate of paddock doom about dwindling spectator and television numbers, the F1 chief executive met with team bosses.

We need to have a look at all of this and clear some things up.

Afterwards, it emerged that Ecclestone would revive the F1 career of Flavio Briatore in the wake of his 'crash-gate' ban by appointing him the head of a new 'popularity working group'.

When asked about the flamboyant yet divisive Italian figure, Ecclestone is quoted by Italy's Tuttosport: "We'll see. We'll see what we can do."

Ecclestone is following up the Hungarian meeting with another meeting involving the governing FIA this Thursday, after Ferrari president Luca di Montezemolo urged the need for a crisis 'summit'.

Confirming that team boss Marco Mattiacci will be there, Maranello based Ferrari confirmed on Monday that the meeting is to "look at the general situation of Formula One and how to increase the sport's appeal".

Ecclestone added: "We simply want to see if there is the possibility to look at the rules, because there has been so much negativity.

"We need to have a look at all of this and clear some things up," he added.

Villeneuve makes comments 'for the headlines'