F1 to have wet-weather standing starts in 2017 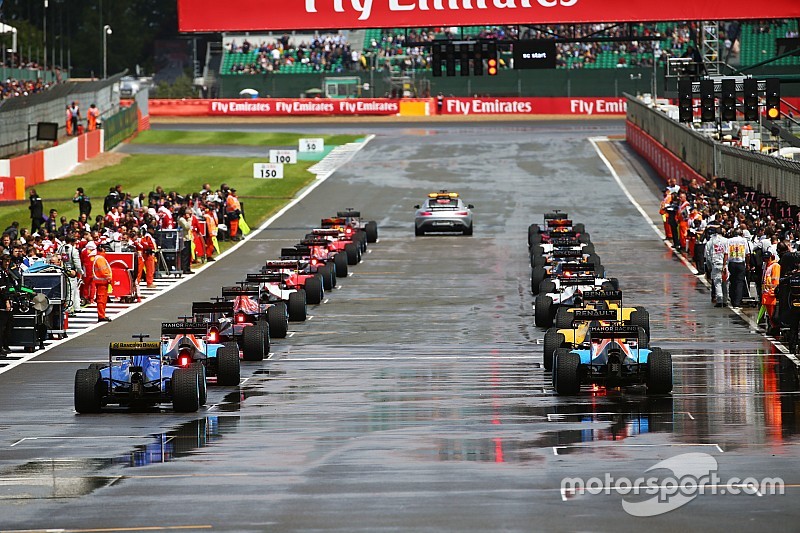 Formula 1 grands prix will have standing restarts in wet conditions if the race starts behind the safety car, the FIA confirmed on Wednesday.

As revealed by Motorsport.com earlier this year, F1 chiefs were discussing the plan in order to avoid denying the fans the opportunity to see a real start if the track is too wet for a normal start.

Currently, cars follow the safety car for several laps and the race is launched after conditions are deemed safe enough.

From next year, however, after the initial laps behind the safety car, it will return to the pits and the cars will line up on the grid for a standing start.

As previously reported by Motorsport.com, the WMSC also confirmed that Pirelli will be in charge of selecting the tyre compounds for the first five races of the season, as the deadline to select them occurs before pre-season testing.

The FIA also confirmed a new rule that will stop teams from introducing several new engines on the same GP weekend in order to have them available for the rest of the season, as Mercedes did with Lewis Hamilton in the Belgian Grand Prix.

"Only the last element fitted may be used at subsequent events without further penalty," said the FIA. "This is to prevent the stockpiling of spare power unit elements."