Formula 1 will discuss the “unacceptable” harassment reported by a number of fans at the Red Bull Ring with the Austrian Grand Prix promoter.

Throughout the Austria F1 race weekend, a number of fans have posted on social media about harassment they have experienced, including the use of homophobic and racist slurs, catcalling and other abusive comments.

The fan reports were passed on to F1, which responded with a statement that it would be taking further action.

“We have been made aware of reports that some fans have been subject to completely unacceptable comments by others at the event,” F1 said in a statement.

“We have raised this with the promoter and security and will be speaking to those who have reported these incidents and are taking this very seriously.

“This kind of behaviour is unacceptable and will not be tolerated and all fans should be treated with respect.”

Seven-time world champion Lewis Hamilton took to Instagram in the wake of F1's statement, writing: "Disgusted and disappointed to hear that some fans are facing racist, homophobic and generally abusive behaviour at the circuit this weekend.

"Attending the Austrian Grand Prix or any GP should never be a source of anxiety and pain for fans and something must be done to ensure that races are safe spaces for all.

"Please, if you see this happening, report it to circuit security and to F1. We cannot sit back and allow this to continue."

Fan behaviour has already been in the spotlight this weekend in Austria after Hamilton’s crash during qualifying on Friday was met with cheers and celebrations from some Max Verstappen fans in the grandstands.

More than 50,000 Dutch fans are understood to have travelled to Austria for this weekend’s race, which will have a sell-out crowd of 105,000 on Sunday. 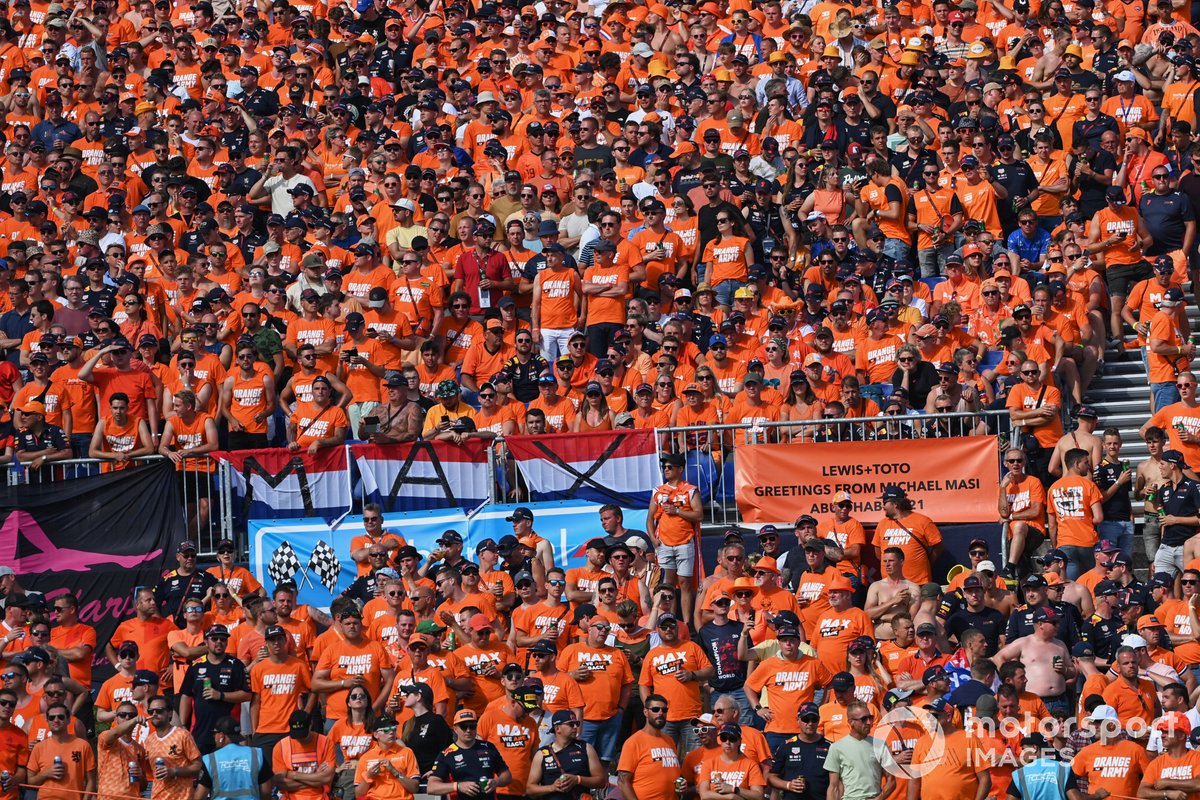 Hamilton said that he found it “mind-blowing” fans would cheer a crash, particularly without knowing the condition of the driver.

“I'm grateful that I wasn't in hospital, and I wasn't heavily injured, but you should never cheer someone's downfall or someone's injury or crash,” Hamilton said.

Verstappen was booed by fans during his interview after qualifying at Silverstone last weekend, as well as being cheered when he spun during the session.

“The booing is a personal attack on the driver,” said Mercedes F1 boss Toto Wolff. “Fans should just put themselves in the position and that they are standing up there and they are being booed and I think that's not right for the driver, that Christian [Horner] was being booed in Silverstone.