Andretti has opened talks with the FIA about joining F1 from 2024, having failed in its efforts last year to take over the Alfa Romeo outfit.

But while Andretti's plans have generated huge interest, not all teams are convinced that the American squad should be given an automatic slot.

Mercedes boss Toto Wolff and Red Bull chief Christian Horner both made it clear this week that Andretti would need to prove that it could bring added value to F1 before being welcomed in.

"We are the absolute pinnacle, this is the Champions League, or the NFL, and redistributing franchises is not the goal, that's not how it should be, and it's not the intention of F1 and the FIA neither," said Wolff.

But Brown says there is no doubt that Andretti is exactly the kind of operation that should be encouraged in to F1, and he thinks current outfits will only stand to gain from its arrival.

"I think Andretti as a name, as a highly credible racing team, and knowing who his backers are, and who he is, they will no doubt help us grow the sport in North America," Brown told Motorsport.com.

"I think the teams that may not support another team are being short-sighted.

"Are we trying to grow the sport? Or are we doing what racing teams have a bad tendency to do, which is think about today and not the future."

One of the concerns that current teams have about new entrants is it will mean that their television rights income could go down, as the revenue will have to be shared between 11 squads rather than 10.

However, there is a mechanism in F1's Concorde Agreement where new entrants have to pay a $200 million dilution fee to cover such a downturn in commercial income. 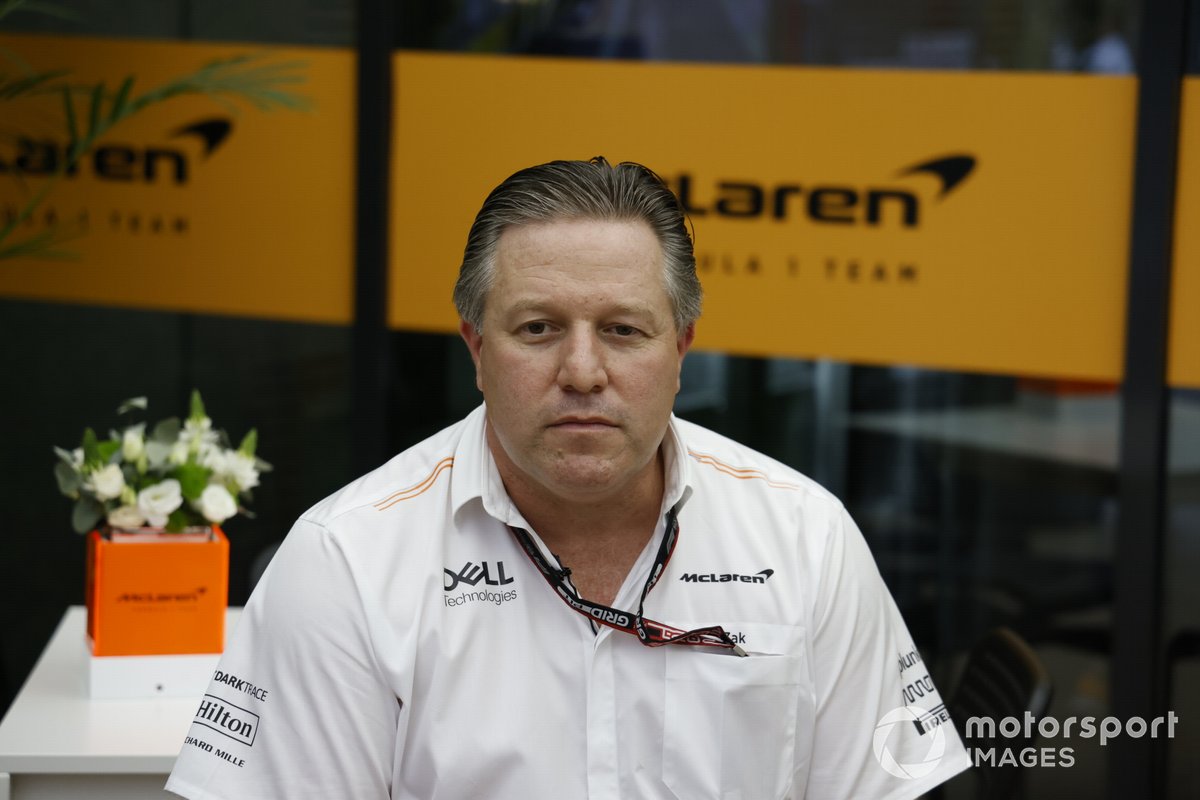 Brown thinks that focusing on potential losses on this front is not considering the bigger picture of a team like Andretti actually helping boost the overall revenue that F1 generates.

"There is the dilution payment, which kind of covers you for a couple of years," said Brown.

"But you have to assume that Andretti will help us grow in North America, which will compensate for any dilution.

"If that is $100 million, can they help us grow $100 million more in revenue for the sport through TV and interest in sport? I think so.

"And the easiest thing after is to continue to look to reduce expenditure. In three or four year's time, after the dilution payment is no longer in, just reduce our budget by $10 million a year.

Brown fully agrees that F1 needs mechanisms to prevent unworthy parties securing an entry, but he thinks Andretti has already shown that its arrival would be a net positive for everybody.

"I know who his financial backers are, and they are exactly the type of investors you would want in motor sport.

"Also, you can only have 12 teams on the grid. So once you have 12, you're really in a situation where the only way to enter the sport is to acquire. So I think it will also further enhance the value of all the teams.

"Again, I think it's short sighted to not want other credible teams to come in because of dilution."

Wolff: No "conscious bias” from F1 stewards despite Hamilton suggestions