F1 teams agree not to leak details of Liberty plans 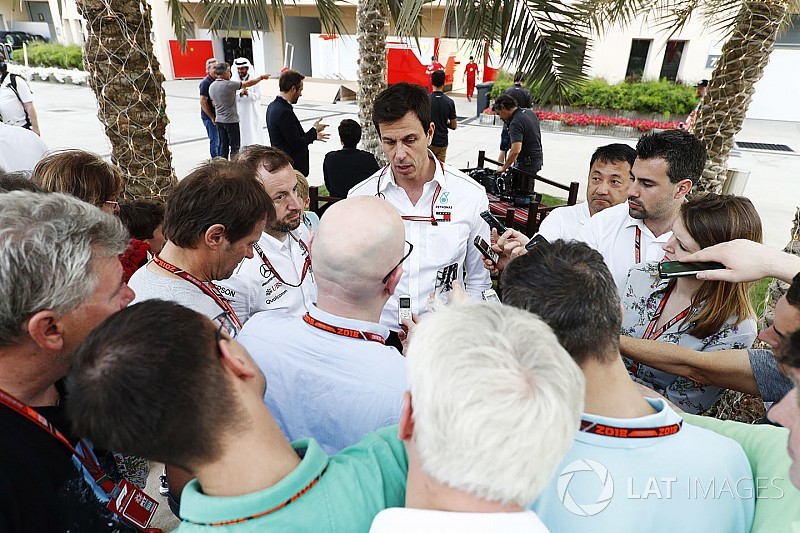 Formula 1 team bosses heard a lot more detail about Liberty Media's plan for the sport in Friday's Bahrain meeting, but they have agreed to keep discussions private.

After Friday's presentation from Chase Carey and Ross Brawn to the teams, F1 issued a press release which had been prepared in advance, and which included bullet points outlining the main items on the agenda.

This gave the impression that Liberty had only talked of relatively vague goals, when in fact teams were privy to much more information that they are obliged to keep private and will continue to do so as talks to continue.

"I think we're going to avoid getting into specifics of what was discussed this morning," said McLaren's Zak Brown.

"That was what was agreed amongst the teams and Chase and Ross. Overall the impression is very positive, and I think the direction which they're taking is the right direction.

"There's obviously a lot of detailed questions, but we'll do that behind closed doors."

"We all agreed on that one, so we should keep it like in any other business. Hopefully we'll bring back a better sport which is better for all of us.

"We are at a point where we need to change something to attract people, attract fans, to do what we need to do to make the sport the leading sport in the world."

However, Steiner insisted that what was discussed was more than just a "wish list" of what Liberty would like to do, but it couldn't be called a "blueprint" until everything is agreed and signed off.

"There is something between a blueprint and a wish list, which is called a proposal, and that's what it was," he said.

"It's not a blueprint yet, or let's try to do this, it's something in between. It's a good starting point. A very good one actually."

Claire Williams agreed that it was more than just talk – and she's adamant that Liberty is serious about its push for change, and won't back down on its key goals.

"I know that in the past you can have these conversations and they come out and not necessarily anything is done about it," she said.

"I'm not sure these discussions are negotiable. That's the message I got anyway."

"Now we have to put a bit more meat on the bone," he told Motorsport.com.

"I think it's a process that the FIA and F1 are going through, and they'll come to the final conclusions over the next few months.

"It's very, very rewarding from our side to be included in that. We're participating in it as individual teams, rather than collectively, which is also a good solution to some of the issues we've had in the past."