Formula 1 teams have admitted they overlooked the scenario in the rulebook that awards full points for shortened races, but say it will be sorted for next year.

By:
Jonathan Noble
Co-author:
Jamie Klein
Listen to this article

The Japanese Grand Prix ended in confusion over whether or not Max Verstappen had done enough to win the world championship after the Suzuka race was only able to run just past half distance.

A number of teams had been under the impression that regulations that changed after last year's farce at the Belgian Grand Prix to award fewer points for shorter races would come into play – leaving Verstappen one point short of securing the 2022 crown.

However, the FIA's strict interpretation of the wording of the regulations meant that, with the race running to its maximum time limit rather than being stopped, full points were handed out.

This meant that when Charles Leclerc was given a five-second penalty for gaining an advantage while running off track, dropping to third, Verstappen was crowed champion.

Teams have accepted that the FIA's enforcement of the rules as they are written was correct, but are clear that it was never the intention of the revised regulations to allow such circumstances to play out.

Alpine sporting director Alan Permane, who worked with other teams and the FIA to finalise the changed rules for 2022, said the aim of the regulations was to ensure that drivers would not get full points for having only completed a few racing laps.

Asked if he was surprised at full points being given out by the FIA in Japan, he said: "Yes. Because I have to say I was instrumental with quite a few others in writing that regulation and we know what it's meant to do. But clearly how they've applied it, is clearly what it says." 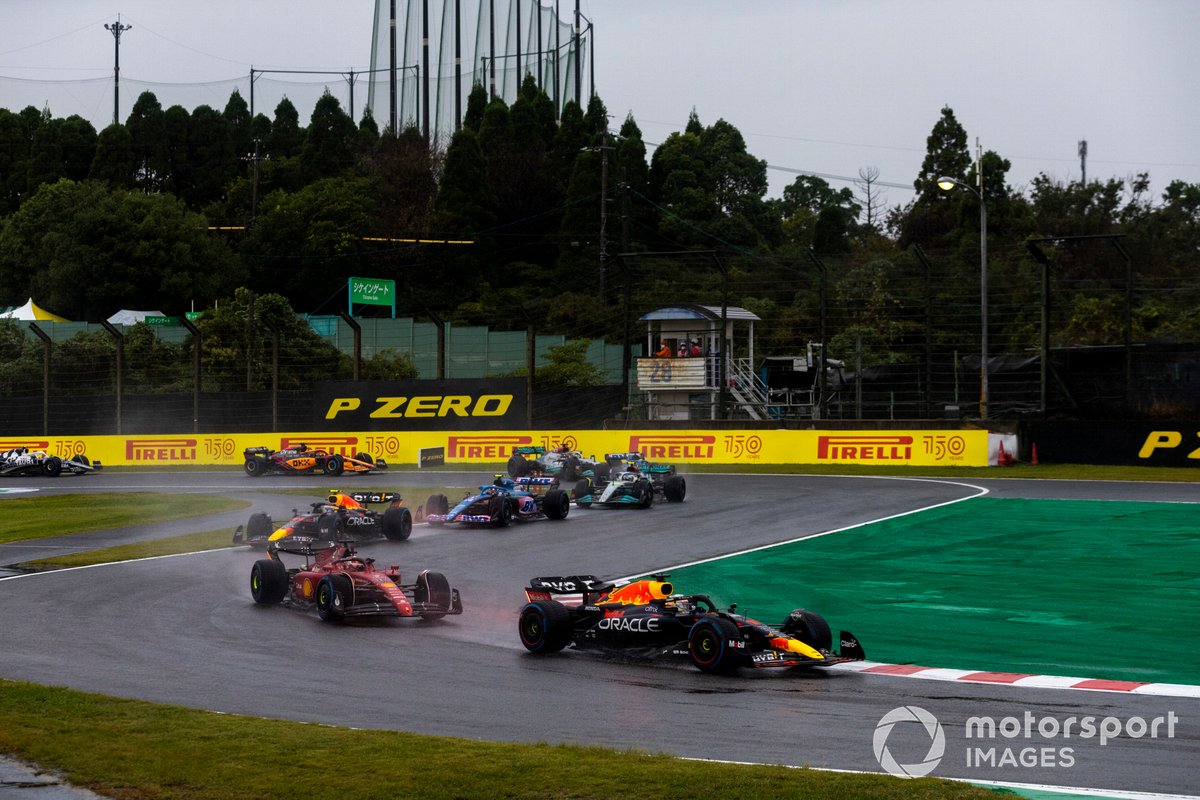 Permane said that teams had responded to the abandoned race at Spa last year to ensure that the points being handed out reflected how long the races ran for.

"It was done after Spa because the race couldn't be resumed and had only done a couple of laps," he said. "I think we maybe took that a little bit too much, literally. So maybe we need to amend it.

"What they've done is correct to the way the regulations are written, but I'm not sure it's correct to how they're intended."

McLaren team boss Andreas Seidl said teams had to take the blame for not being more crystal clear in the wording of the regulations that limited points be given for races that are delayed and cannot run to their full distance.

"I feel responsible for this, because we do this review each winter and each team has the opportunity to bring up points which are not clear," he said.

"I didn't go into the detail yet with the team, on what exactly the loophole was. But let's say everything we have defined together with the FIA and F1 after Spa is only valid if the race doesn't finish normally. And that's clearly something we have all overlooked.

"We are all responsible this winter to close the loopholes, if there are any left, or different interpretations."

The controversy that should never overshadow Verstappen’s Suzuka magic