Indy 500 winner and longtime FIA driver steward Danny Sullivan has backed Formula 1’s under-fire race director Michael Masi, saying he should be given credit because he “works like a dog all year long”.

Speaking ahead of the FIA revealing its decision over a likely restructure of how race control is run on grand prix weekends, Sullivan defended Masi and the situation he was placed in during the final moments of the Abu Dhabi Grand Prix.

“It’s a lot of pressure, because you’re trying to make the right decision and follow all the rules,” said Sullivan. “At best case on the internet, you’ve got people 51% happy and 49% pissed off with every decision!

“I do think that it’s unfair to blame Michael Masi. He made a decision based on a lot of things that go back a year or two that was, y’know, ‘let’s finish under green’ for example.

“Michael is one guy – he does track inspections, he does this, he does that. I mean the guy works like a dog all year long!

“At the end of this deal, everybody’s exhausted, you’re just trying to make the right decision.” 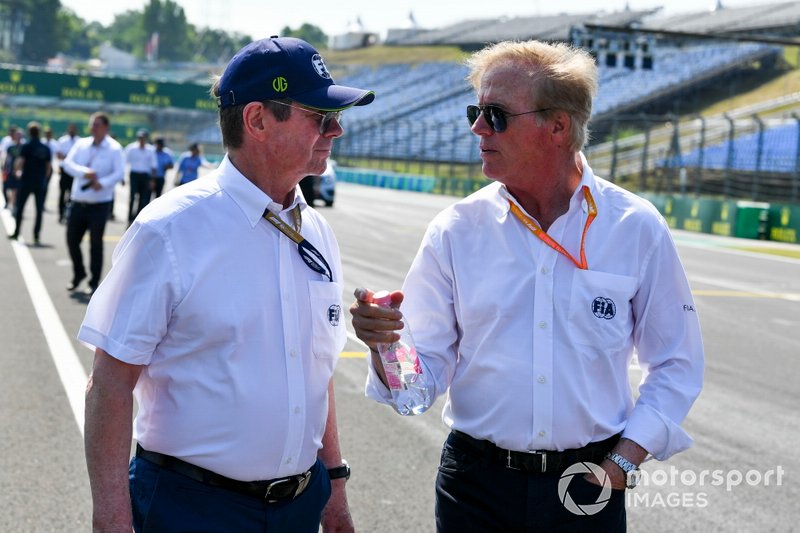 Former CART champion Sullivan, who was an F1 points-scorer with Tyrrell at Monaco in 1983, has been part of the rotating driver stewards for over a decade.

Although not on duty in Abu Dhabi for the fateful finale, Sullivan explained how the decisions on the driving side are arrived at to be handed down by the race director. He also said that he’s never experienced any changes being made to the process depending on the championship situation.

“We’ve never had a discussion over where anybody is sat in the championship, what it did with points, none of that in 13 years has ever been a part of the discussion,” he said. “Now if somebody has that in the back of their mind, nobody has ever brought it out in the stewards’ room.

“We just look at the data, all the cameras, everything. This is the alleged infraction – yea or nay – and if it’s a yea, the penalties are all pretty much set. If it’s extreme, it’s this, if it’s not, it’s that.

“I’ve worked with all the chief stewards, the second stewards, and it’s always been that way. If we’re not sure, we always ask a question. And that’s been the same to Charlie Whiting [Masi's highly-respected predecessor] or Michael Masi. You make the best decision you can on the information you got.”

When asked specifically about the Abu Dhabi situation, Sullivan believes that the time constraints in such a high-pressure situation – combined with the radio messages from teams to Masi that were broadcast on TV – all contributed to the controversial outcome.

“It’s gotten a little out of hand,” said Sullivan. “Ultimately he has to make the decision and the more support you can get around him [the better] but the problem is you don’t have time to call a conference.

“When you’re trying to get an accident cleared up, get corner workers off the track and everything ready to go, it’s not like there is time for ‘hey guys, lets huddle up here’. And then you’ve got this radio situation [with the teams’ messages to race control being broadcast], that’s wrong in my opinion.

“Michael’s a good guy, Charlie really believed in him. He worked with Charlie for years, he learned from the best. And Charlie had so much knowledge, he developed the whole deal, growing up as an F1 mechanic and going through the full thing, so replacing that kind of background is hard to find.”

Insider’s guide: What happens in an F1 garage?