F1 is making a push towards a carbon-neutral future, but the expansion and timing of next season's biggest ever schedule have led some to question whether it is doing enough to change things.

Having previously vowed to group races regionally to avoid unnecessary travel, the current planned 2023 schedule has turned out to not be much different from how things have been done in the past.

Gaps between some races – including the Bahrain and Saudi Arabian GPs – and some questionable back-to-backs like Azerbaijan and Miami, appear to do little to reduce unnecessary travel and limit F1's carbon footprint.

Vettel, who has been pushing hard on environmental matters in recent years, thinks that F1 needs to take action rather than just having slogans on a poster.

And he believes the best way to achieve that in a transparent manner would be for F1 to sign up for scrutiny from an independent body to ensure it was doing all it could on sustainability.

"I think big organisations, whether it's business or sports events, probably need to dare to make a step to find an organisation to control them," said Vettel ahead of the Singapore Grand Prix.

"And if they don't stay within the limitations they put out, then [they] face consequences. I think otherwise, we can put everything on a poster and a piece of paper, and it all sounds great, but if it doesn't happen, so what?

"Nations decide to sign an agreement for limiting [the world] to 1.5 degrees of global warming, but if we don't manage to do so, then what are the consequences? There are some systems in place, but then nations can still go out whenever they like, in a way. 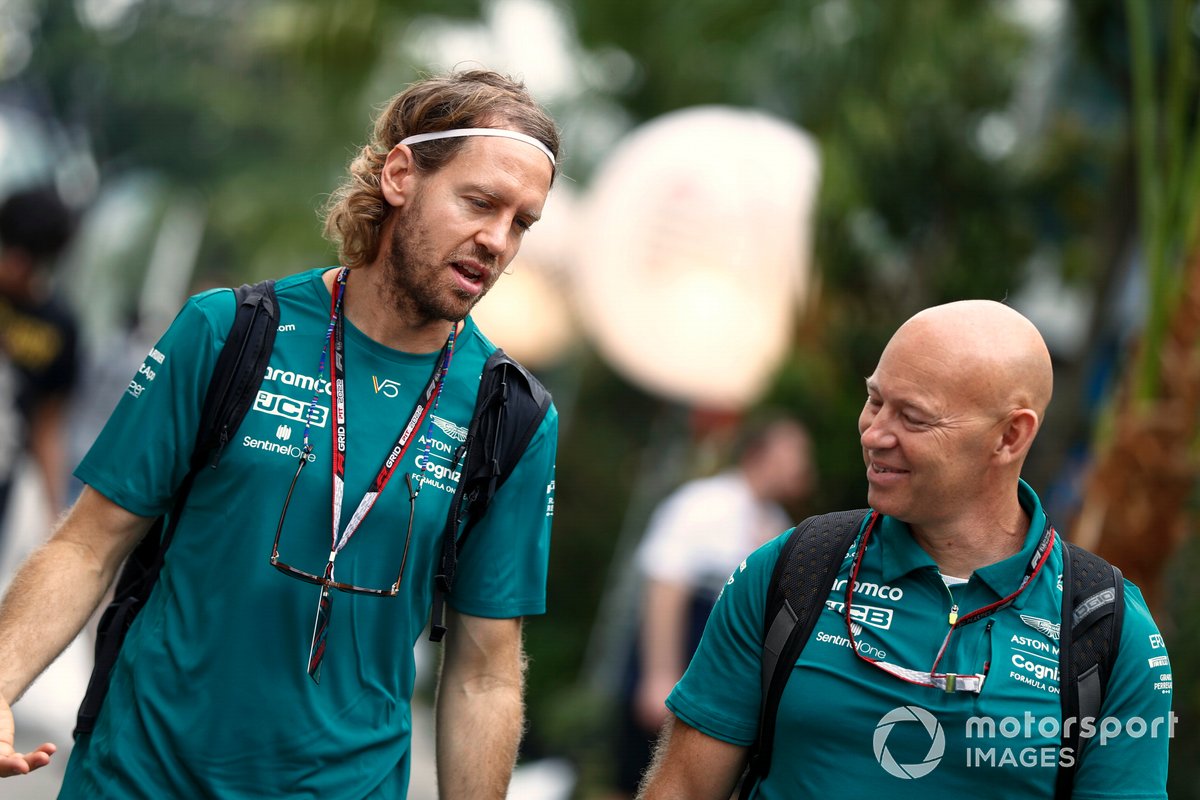 "So I think the real transparent way would be [for F1] to find an organ to control them, an external, independent body, to police them on if they achieve their goals or not. I think that's the only credible way of doing it."

While Vettel will not be competing in F1 next year, after announcing his retirement, he has questioned some of the calendar decisions that were made, especially at the start of the campaign with the scheduling of the Bahrain pre-season test, the first race there the following weekend and then the Saudi Arabian Grand Prix a fortnight later.

Vettel added: "There is more interest in F1: there's a bigger chance to make money and it's all fair and valid. But obviously, if you look at the first three races, then, the easy wins would be to save on travels and flights.

"Everybody will go there [to the Middle East] and go come back for three weeks in a row, which is fair, because everybody's got family and life wherever they are based.

"You can't expect people to stay out for eight weeks at the beginning of the season, for example.