F1 set for December finale in Abu Dhabi in 2016 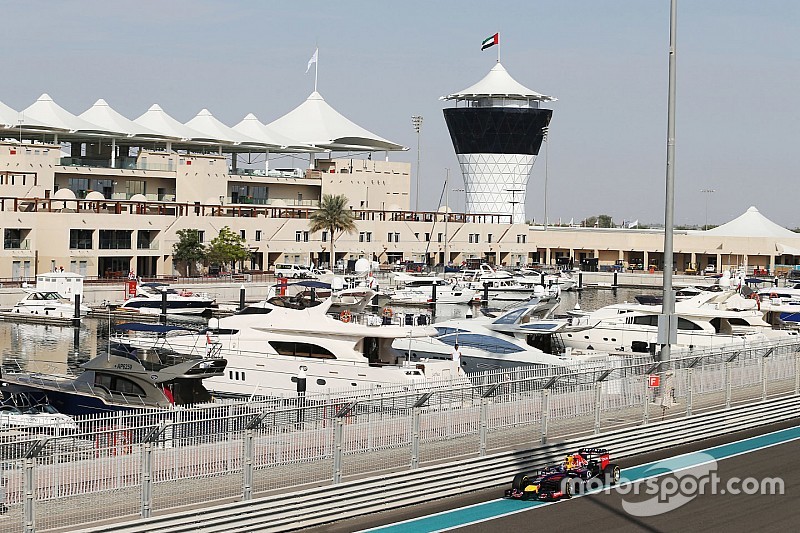 Bernie Ecclestone says that the Formula 1 calendar is now set for a December finish in Abu Dhabi next year because of his need to slot a summer break in to the 21-race schedule.

As Motorsport.com revealed in July, F1 teams are eager for there to be a three-week summer shutdown next season to ensure that staff are not burned out by the record-breaking number of races.

Such a move has not been so straightforward, due to the fact that the Australian season opener starts in April and there was little scope to find a gap later on before the previously scheduled Abu Dhabi date of November 27.

However, amid a desire from Singapore organisers to split its race from Malaysia, Ecclestone now looks set to shuffle the final races, moving the Abu Dhabi race back by one or two weeks to form a potential double-header with Sepang.

Ecclestone has told Motorsport.com that his current plan is to make Malaysia the penultimate race, with Abu Dhabi slotting in as the finale at some point in December.

The exact dates have yet to be settled, but will need to be ratified by the FIA's World Motor Sport Council later this year before being set in stone.

Speaking about the plans for Malaysia, Ecclestone said his idea was to move it later but keep Abu Dhabi at the finale.

"It won't be the last, the one before," he said of Sepang.

When asked if such a late season finale would be good for F1, Ecclestone said: "It would be nice. Christmas Eve I think, we're trying to do a good race!"

F1 teams have long made clear their desire for a three-week summer gap.

Williams deputy team principal Claire Williams said on Friday that the F1 Strategy Group was set to discuss the issue at its next get-together.

"It does worry us and it is something that we will be putting on the agenda for the next Strategy Group meeting," he said.

"Not having that shutdown is a concern and it is so important for everyone that works in F1, that they have that break.

"Everyone needs to go home and see families and do what they want to do."