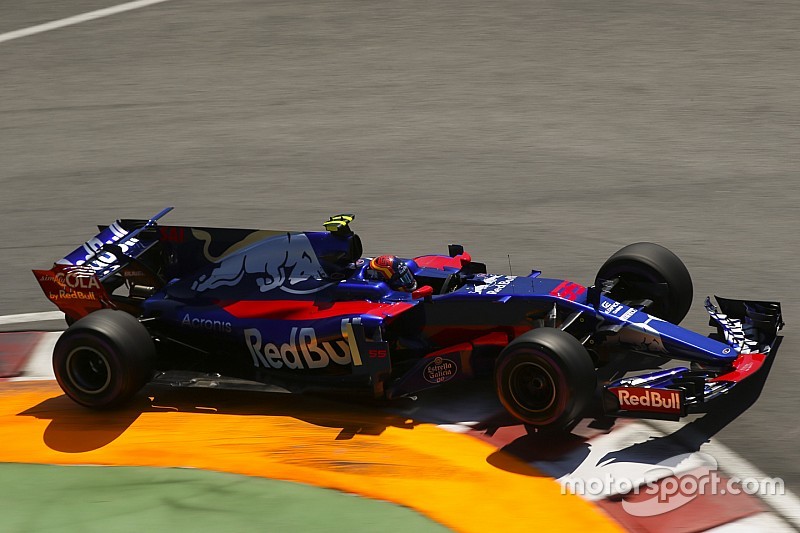 Carlos Sainz will lose three places on the Azerbaijan Grand Prix grid after having been penalised for his accident with Romain Grosjean in Canada.

The Toro Rosso driver made contact with the Haas of Grosjean ahead of Turn 3 on the opening lap, spinning and crashing first into the Williams of Felipe Massa and then into the wall.

Sainz argued he could not see Grosjean as he was in his blind spot.

"It's unfortunate because it's an incident that if I look back now there's actually nothing I could have done differently because when I checked my mirrors I never saw Romain on the right side," Sainz said.

The incident was investigated after the race and stewards found Sainz was to blame, saying his move was "careless and potentially dangerous."

"The driver of Car 55 claimed he checked his mirrors but that Car 8 was in his blind spot and therefore he did not see it," the stewards said.

"Notwithstanding this, and our conclusion that the collision was not caused by a deliberate act on the part of the driver of Car 55, we find that his assumption (as he stated) that there was no car alongside him and therefore he could move to that track position, was careless and potentially dangerous.

"This was evidenced by the further collision of Car 8 with Car 19, a direct result of this incident, which caused the retirement of Car 19."

The Spanish driver was handed a three-place grid penalty for the next event in Baku and also awarded two penalty points for a total of seven during the past 12 months.