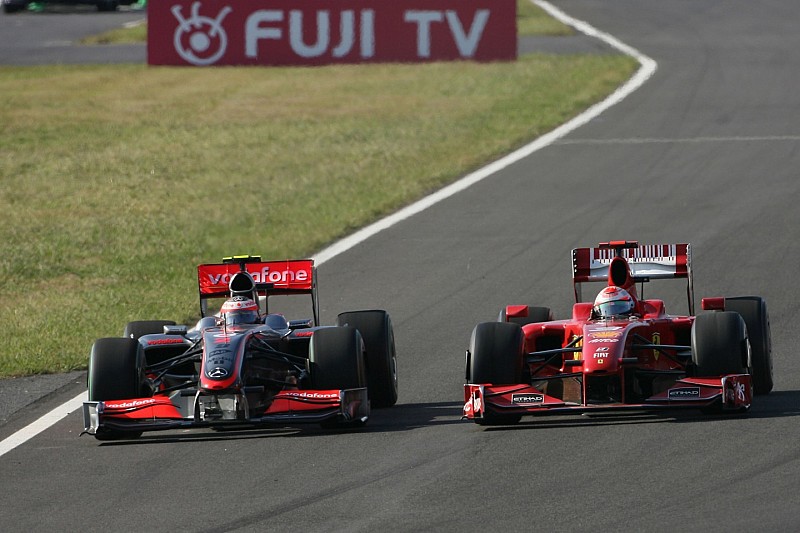 Adrian Newey claims that the 2009 double diffuser affair in Formula 1 was more about FIA president Max Mosley trying to teach Ferrari and McLaren a lesson than about clever thinking from Brawn GP.

The championship winning Brawn outfit caused a stir before the season – and faced a protest from its rivals – when its new car featured a radical double diffuser.

At a time when the Formula One Teams' Association was pushing to impose its authority over the sport, the double diffuser affair led to escalating tensions between the teams that had it and those that did not.

And, according to Newey, the matter was cleverly used by Mosley, who declared it legal over the winter, to go against FOTA's leading lights – Ferrari and McLaren – which did not have double diffusers.

In an exclusive interview with Motorsport.com, Newey said: “The 2009 car had a big regulation change.

"It was down to the fact that Max Mosley at that time wanted to teach a lesson to Ferrari and McLaren.

“And because they [McLaren and Ferrari] didn’t have a double diffuser, he said it is legal because he wanted them to be pushed out.”

While the focus of the affair was between Brawn and its big money rivals, Newey said that Red Bull also had to rethink its approach in the wake of it being declared legal.

“Unfortunately, we didn’t have it, and we stood thinking whether it was legal or not,” continued Newey.

“We allowed the governing body to take a decision over the winter and it was declared legal which put us on the back foot.

“But that is what allowed Red Bull to come forward. On the back of the RB5, we built our championship winning cars.”

Newey believes that the increasingly restricted regulations that exist in F1 nowadays means that radical ideas – like the double diffuser – are no longer possible.

Reflecting on his time in the sport, he said: “I think I have enjoyed the variety of changes.”

“If I look back at the 1970s, certainly the priority was the ground effect and at the end of 1970s you had this huge variation of cars.

“Obviously, the desire was to try different ideas but you didn’t have the tools to really understand what they were doing, so sometimes it worked and sometimes it didn’t.

“It was great to have that freedom, it is frustrating at time when you didn’t understand.

“Now it is the opposite where we have huge amount of resource in terms of the number of engineers, simulation tools, wind tunnels, etc.

“So there is certainly a good level of understanding but we have very restricted regulations, so it is difficult to do anything very different.”