Main Photos Illustrations
Previous / Verstappen: Sochi F1 fightback will be harder than in 2018 Next / Why Verstappen should be confident of Russian GP recovery
Formula 1 / Russian GP Analysis

Join us as we delve into the latest technical developments from the Russian Grand Prix at Sochi, courtesy of Giorgio Piola and Sutton Images. 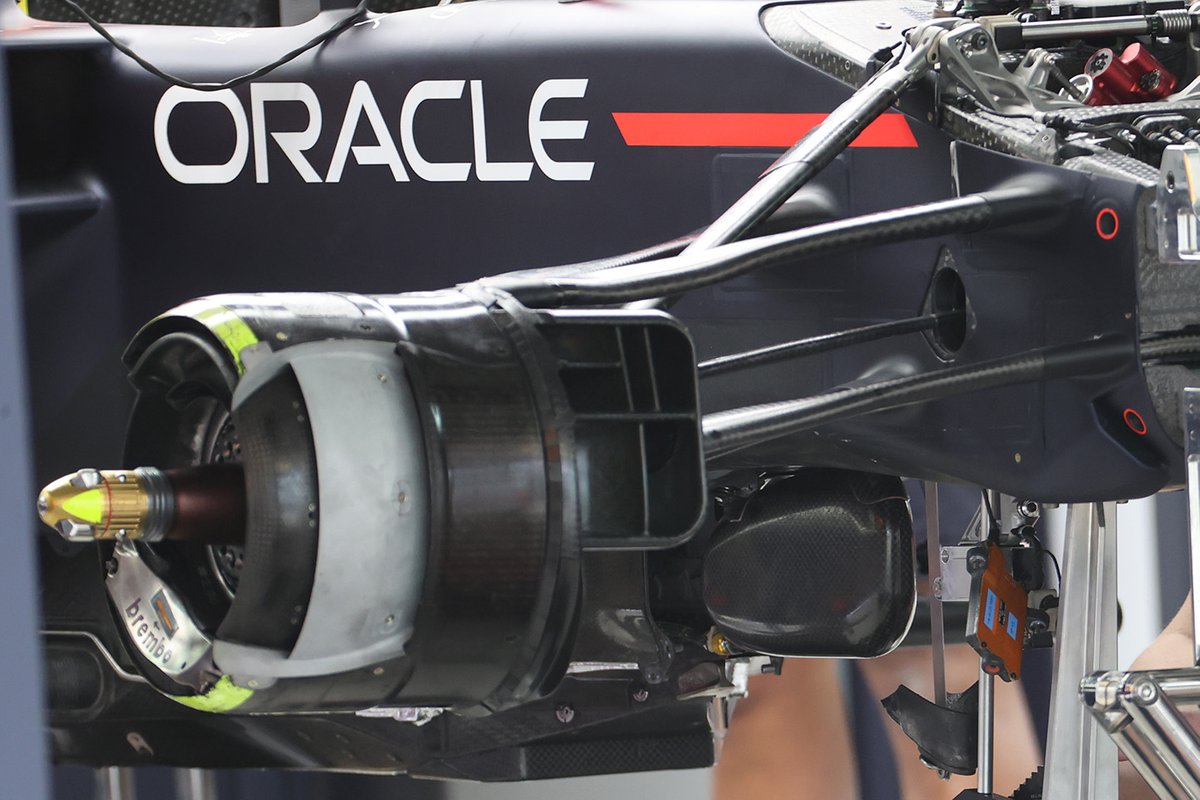 1/17
A closeup view of Red Bull’s front brake drum which shows the various outlets that allows the air passage through the assembly without cooling the brakes for aerodynamic gain. Also note the auxiliary oil tank mounted below the chassis in the splitter region, placed here to free up space behind the monocoque and potentially help, albeit in a limited fashion, with weight distribution. 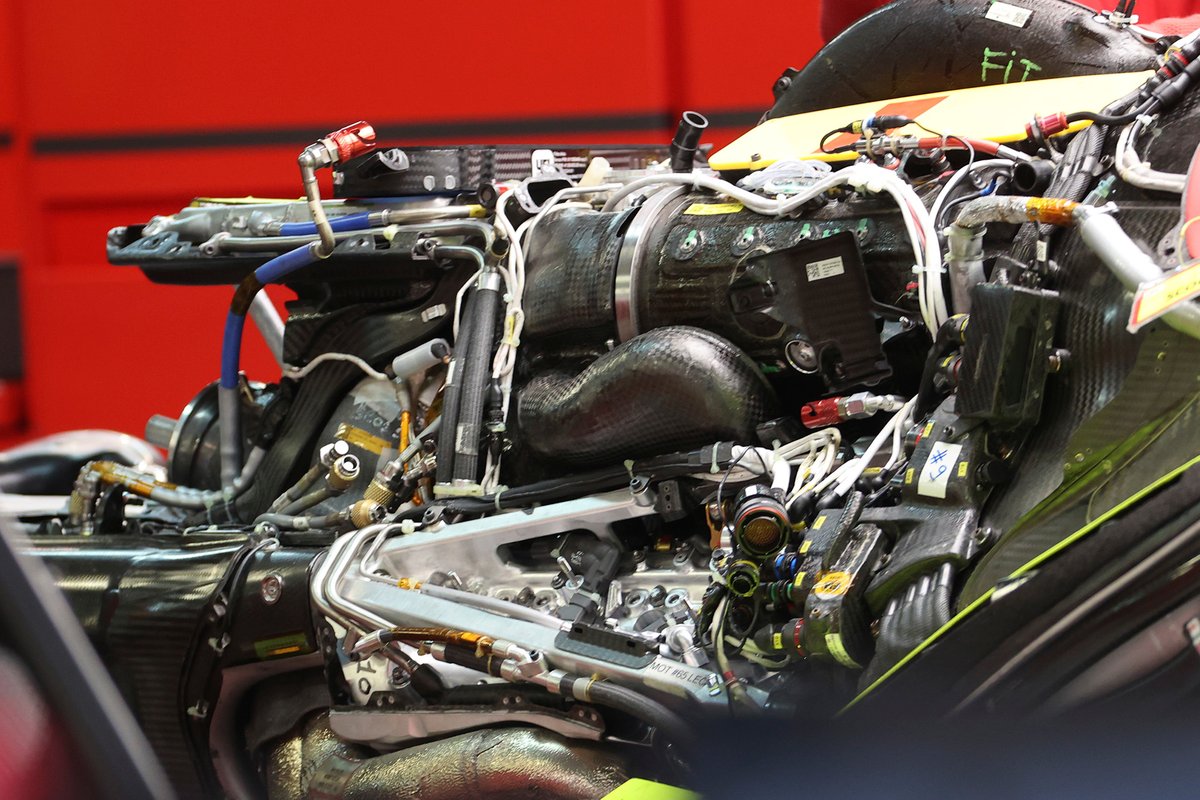 2/17
Fantastic closeup of the Ferrari power unit installed in the SF21, which shows all of the associated pipework, shrouding and electronics that surround it. 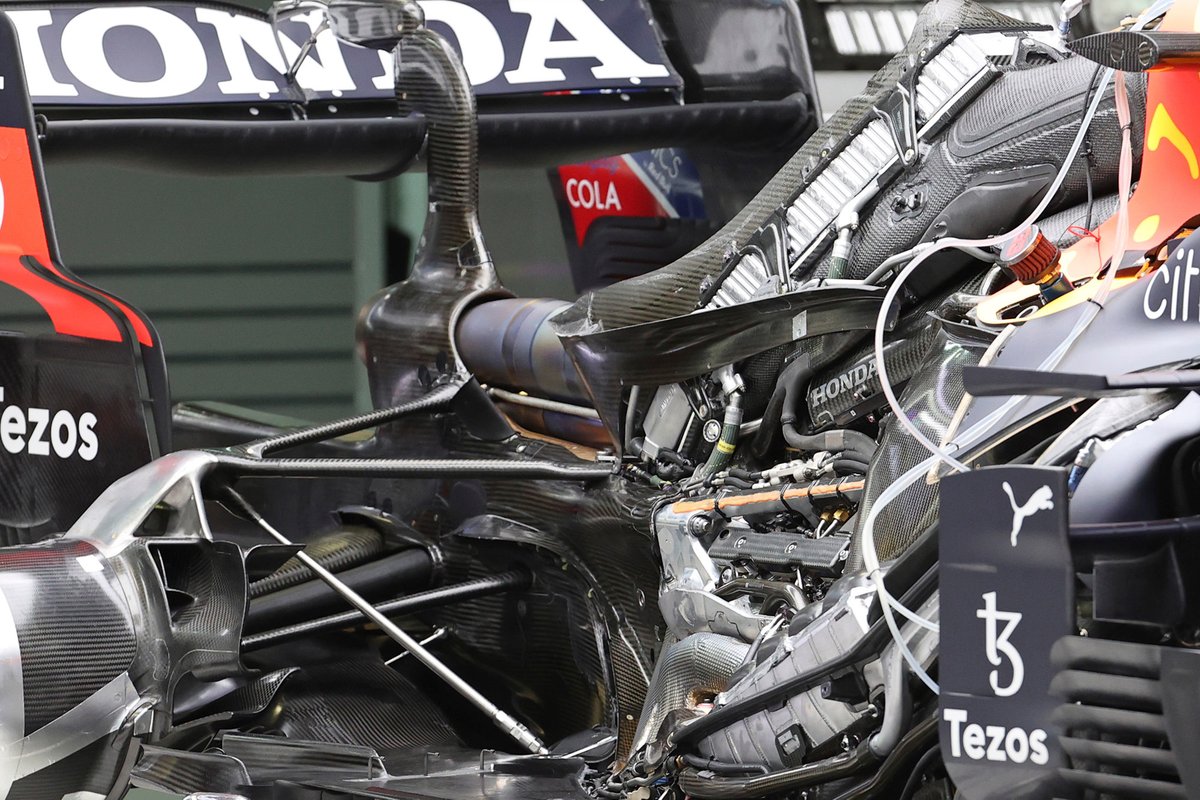 3/17
The Honda power unit installed in the Red Bull RB16B as a comparison shows how it has packaged the engine and have a saddle cooler mounted above it. 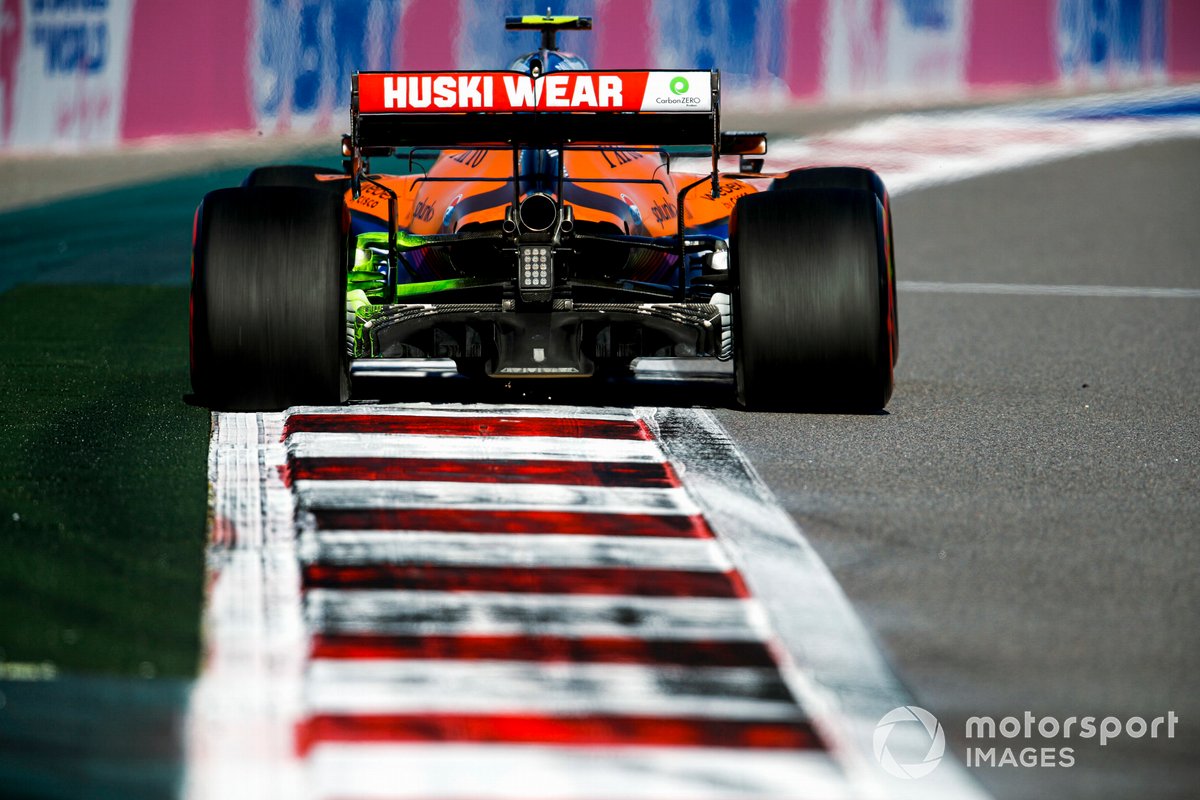 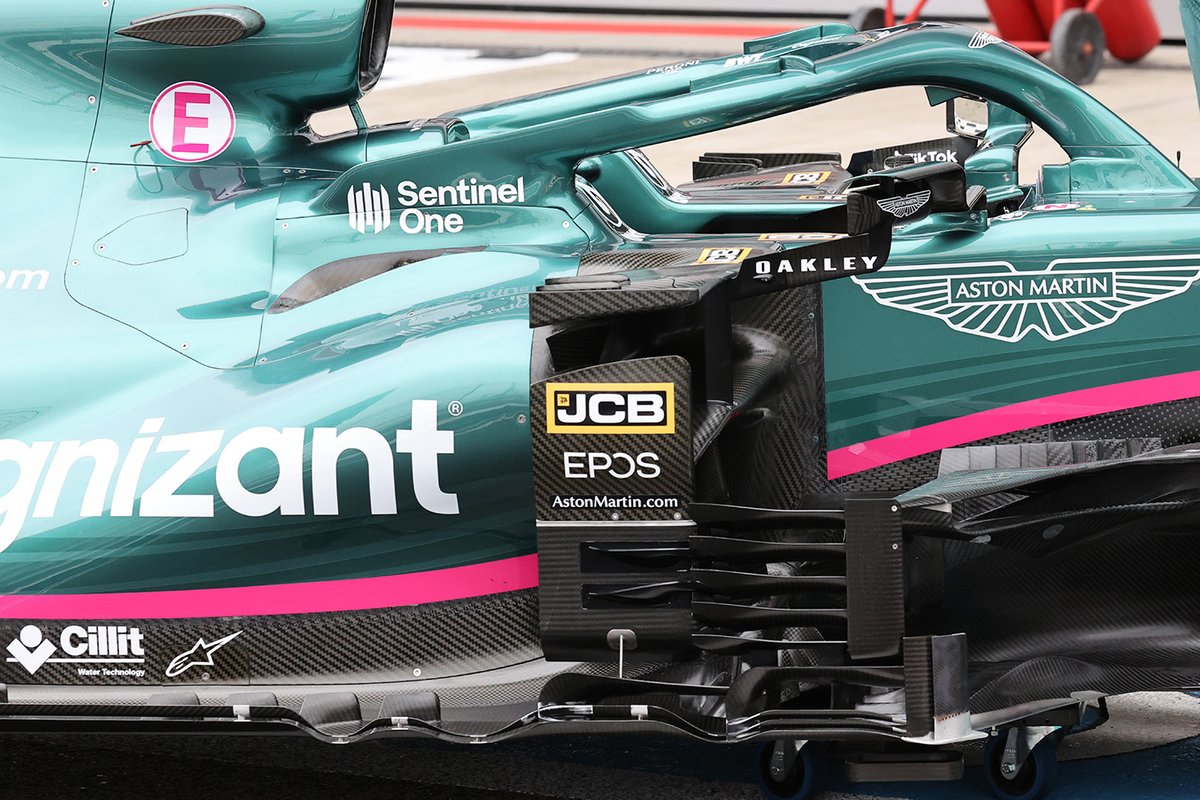 5/17
A closeup of the sidepod region on the Aston Martin AMR21 shows us the venetian blind-like deflectors, the feather-like edge of the main bargeboard element and the upturned edge of the horizontal sidepod wing, which also has two vortex generators atop it. 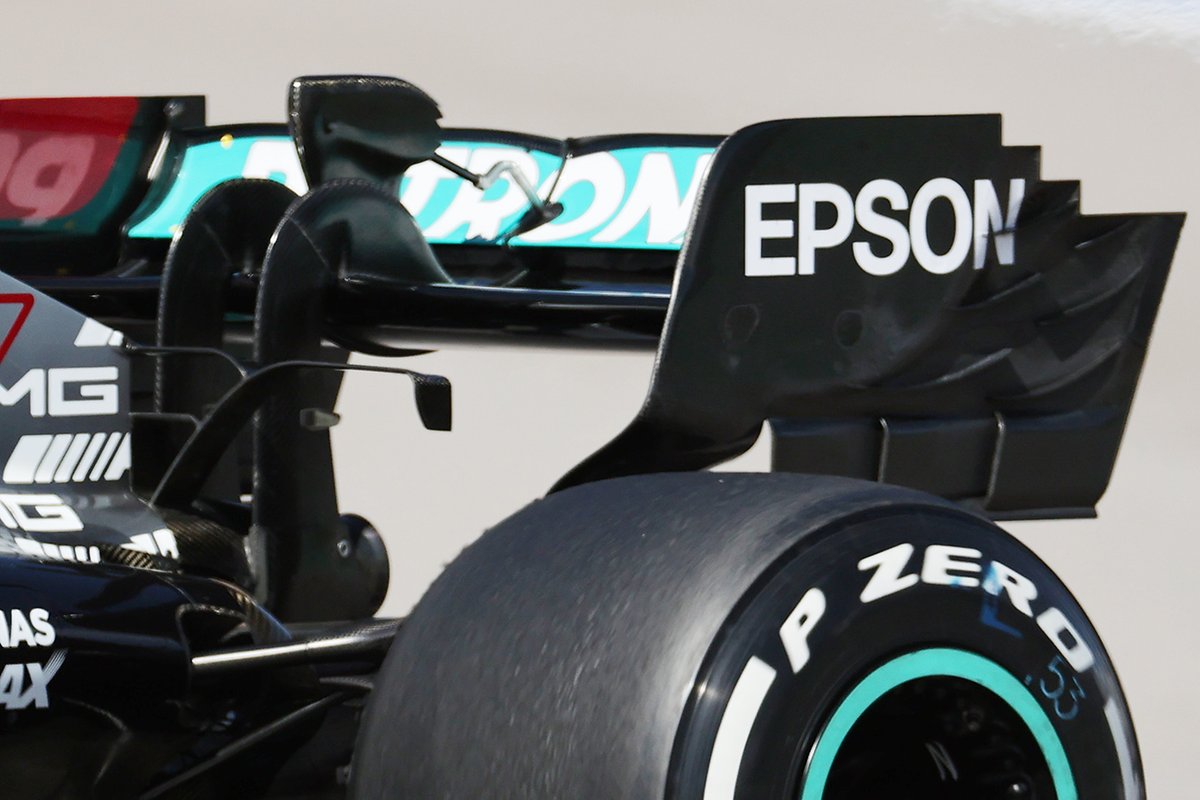 6/17
A closeup of the high-downforce rear wing with twin mounting pillars and double element T-Wing selected by Mercedes. 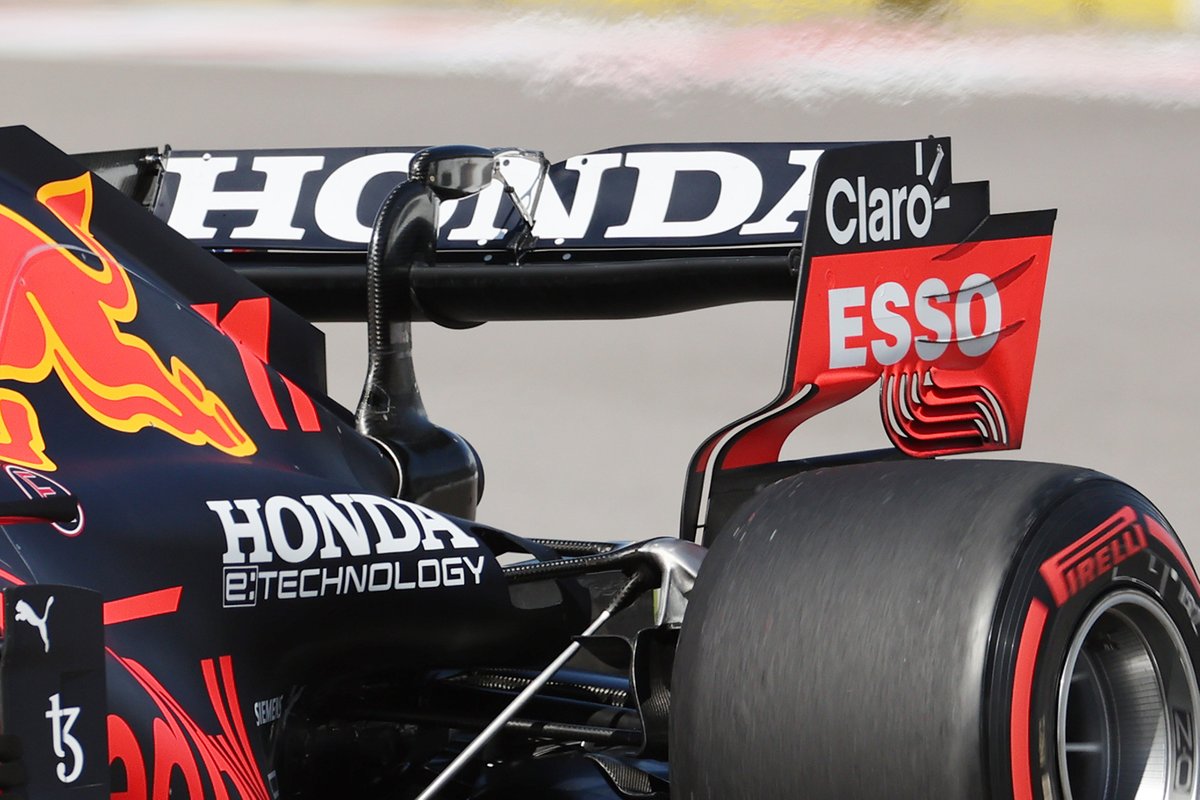 7/17
Red Bull preferring a spoon-shaped rear wing to reduce some of the drag that an otherwise higher downforce wing might induce. 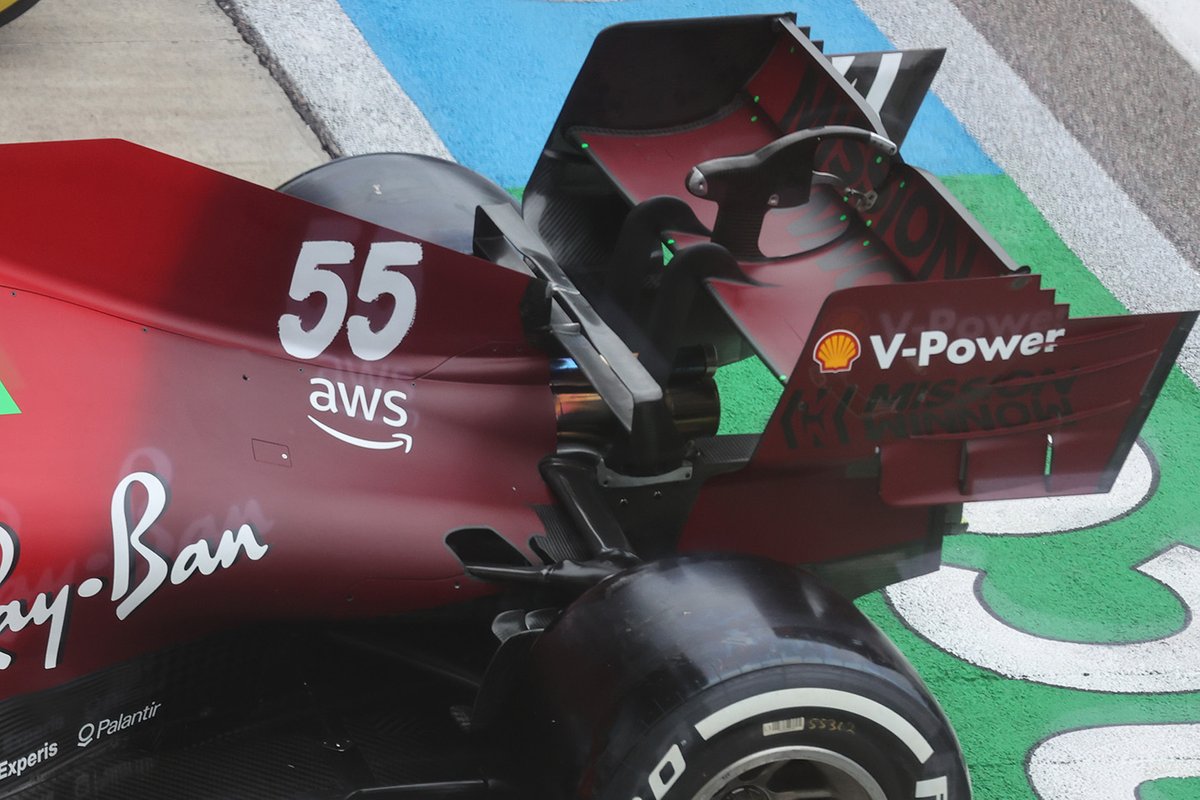 8/17
High downforce rear wing and T-Wing combo for Ferrari, note the deep Gurney flap on the trailing edge of the upper flap too. 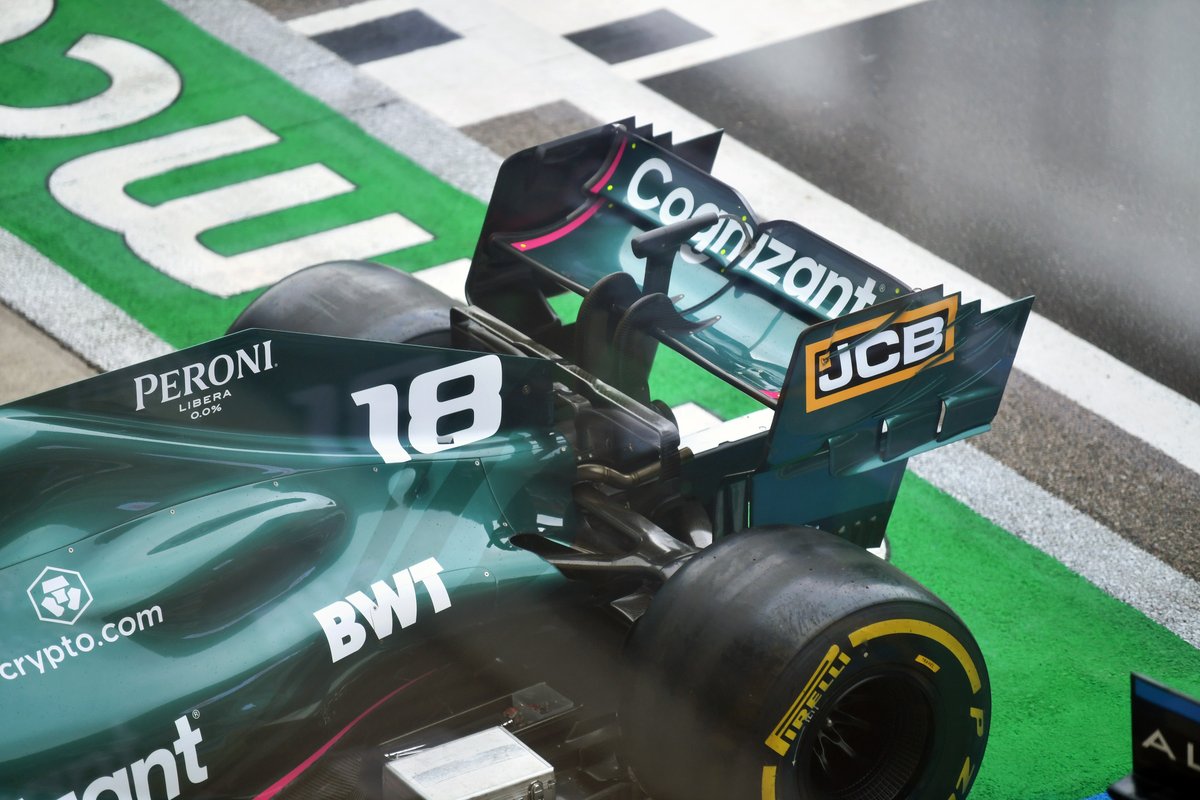 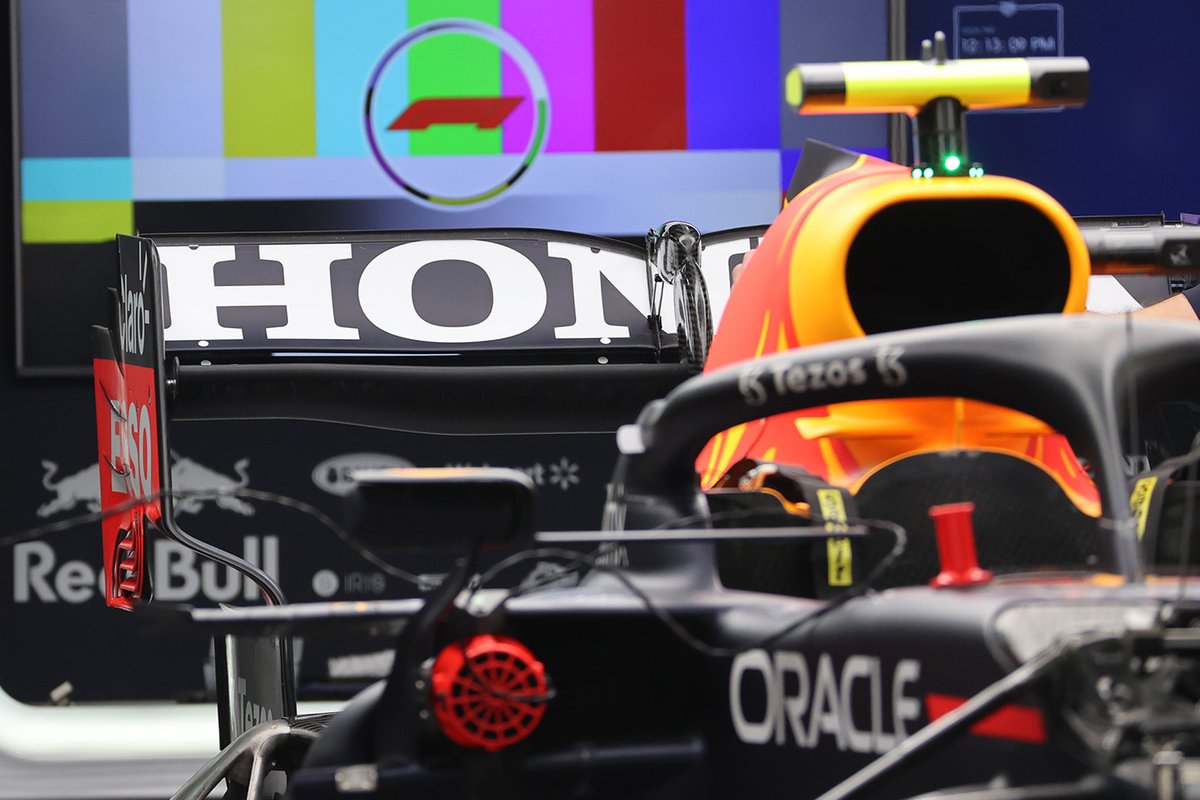 10/17
Spoon-shaped, higher-downforce rear wing for Red Bull, as it looks for the right downforce level without adding too much drag. 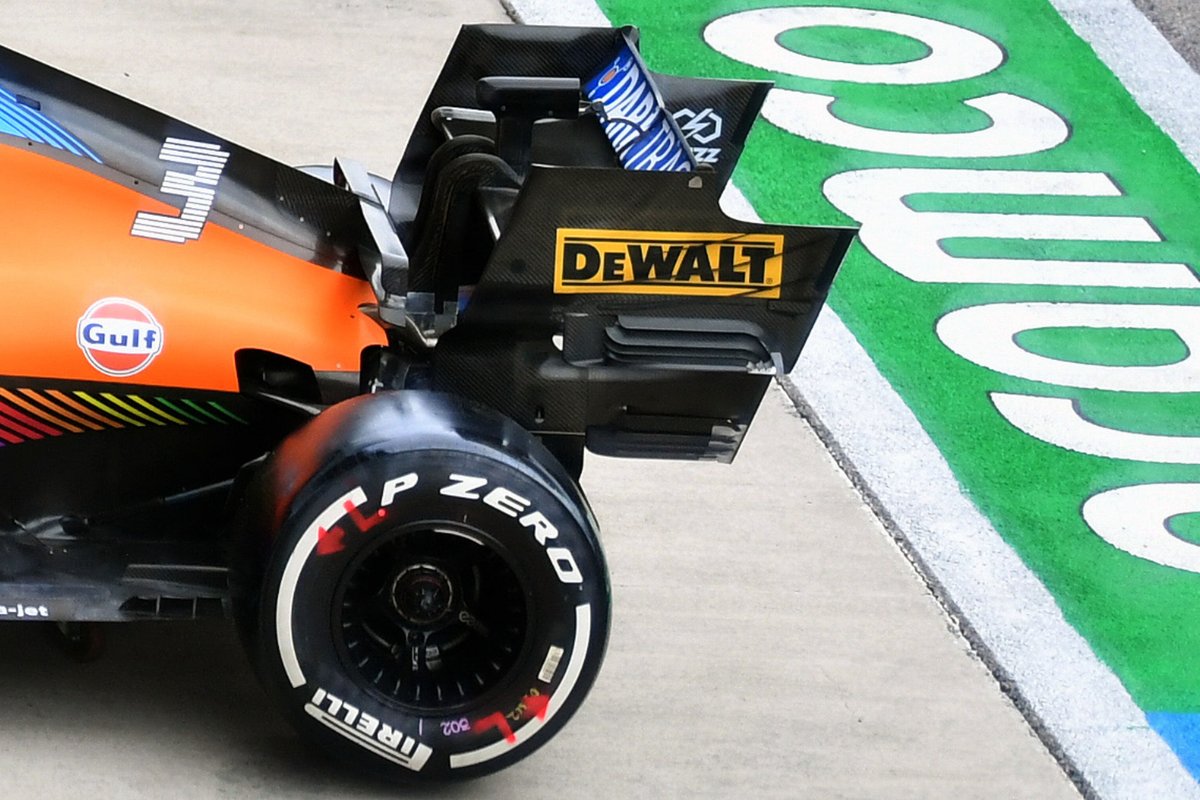 11/17
Side view of the McLaren MCL35M with its pair of sinuous louvres both top and bottom of the rear wing endplate
Pierre Gasly, AlphaTauri AT02 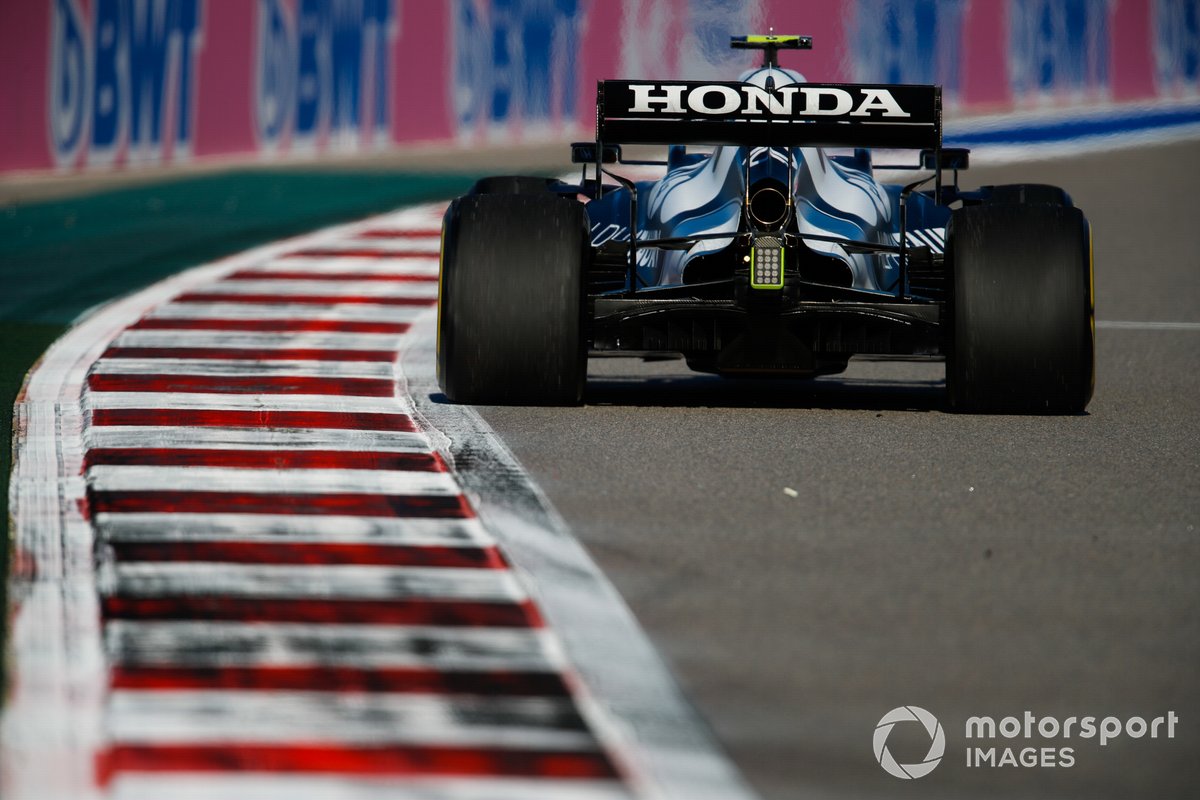 12/17
Rear end of the AlphaTauri AT02 gives a good view of the diffuser, small rear cooling outlet and higher downforce rear wing. 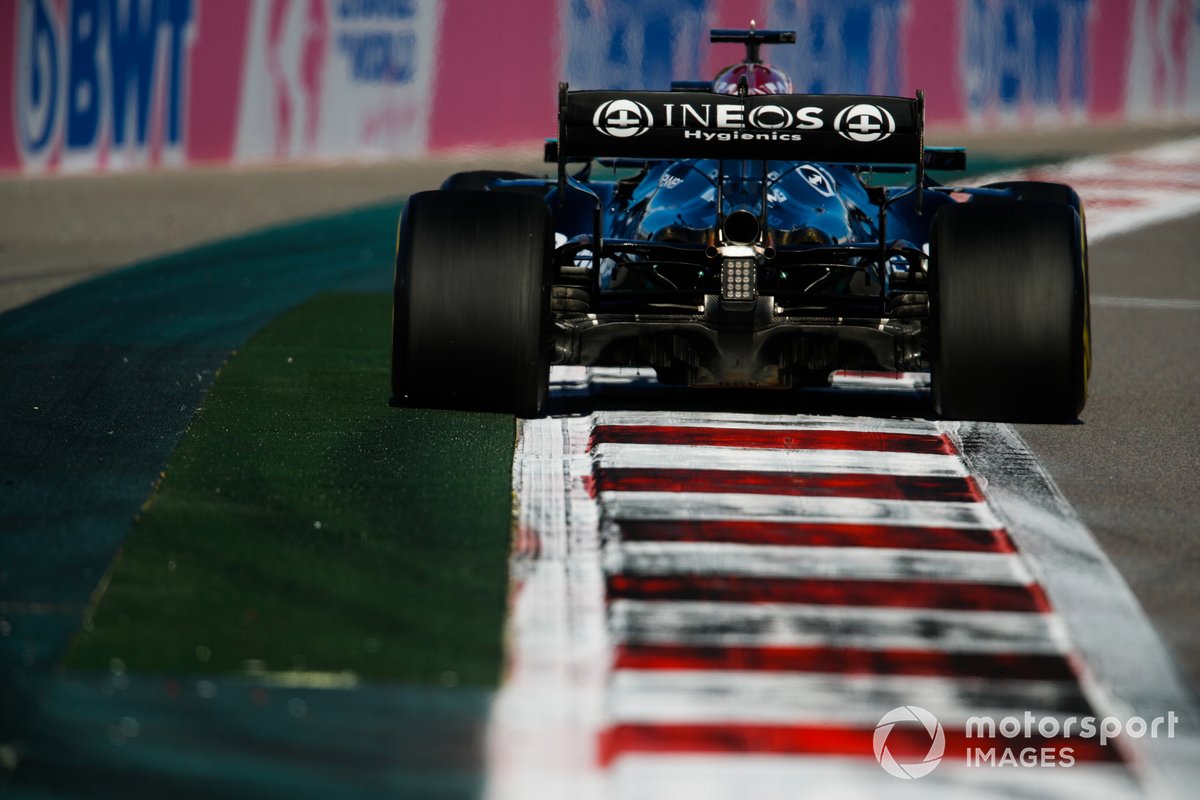 13/17
This shot of the Mercedes W12 from behind gives us a great view of the higher-downforce rear wing, Gull style T-Wing and diffuser, which you’ll note has pitot tubes emerging from beneath the floor so the team can collect data. 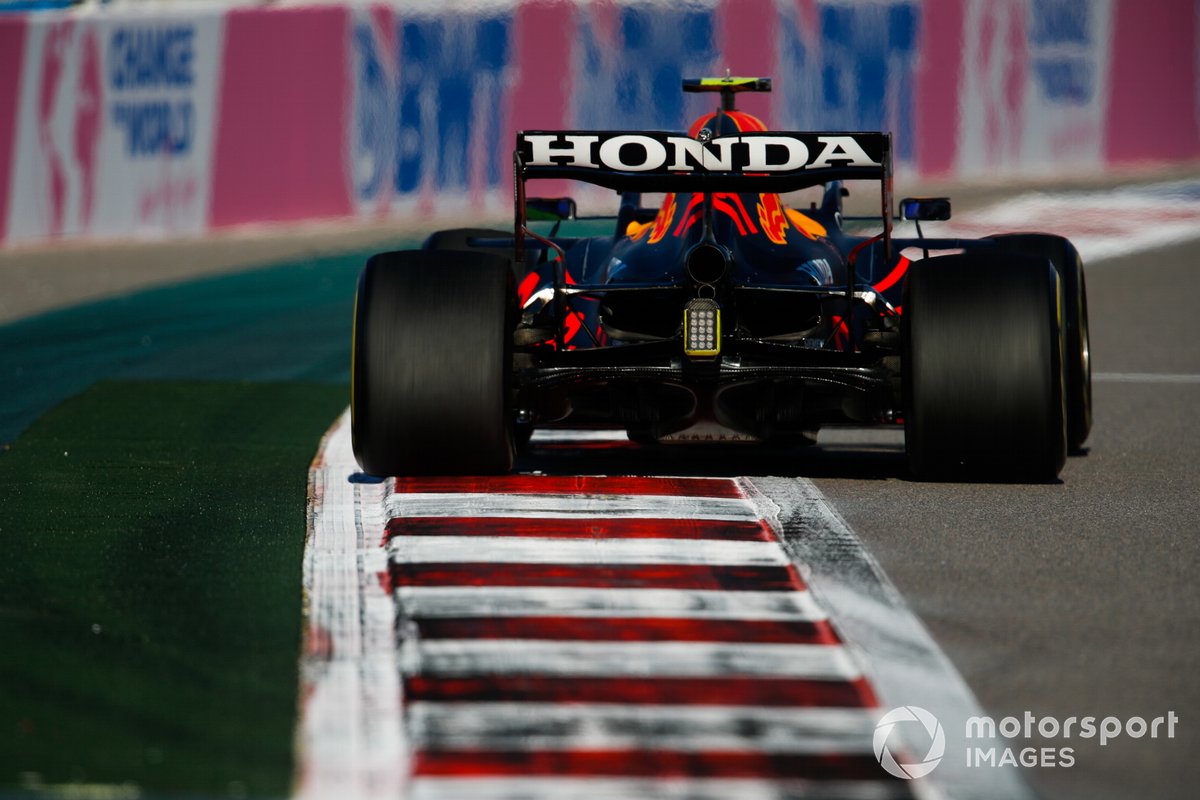 14/17
Rear end shot of the Red Bull RB16B for comparison, note how narrow it has made the transition ramp in the central section of the diffuser. 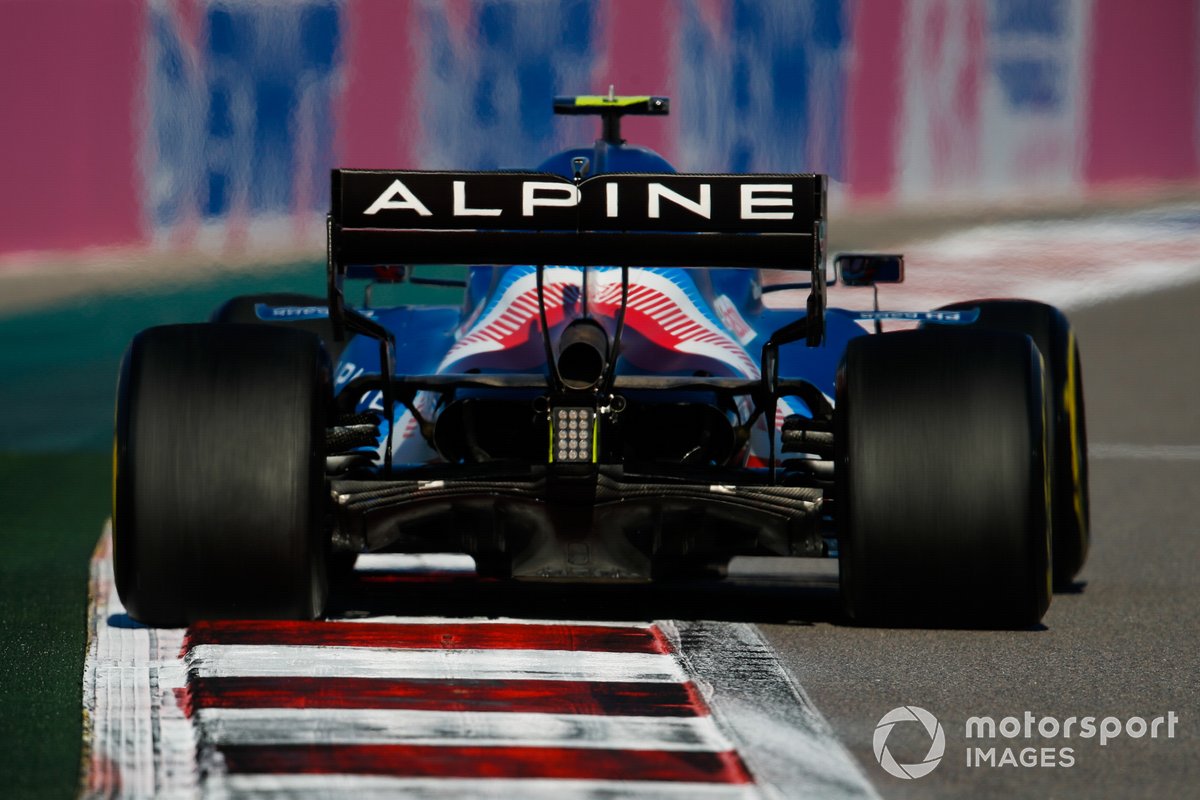 15/17
Rear end shot of the Alpine A521, note how the diffuser strakes are angled to help guide the airflow 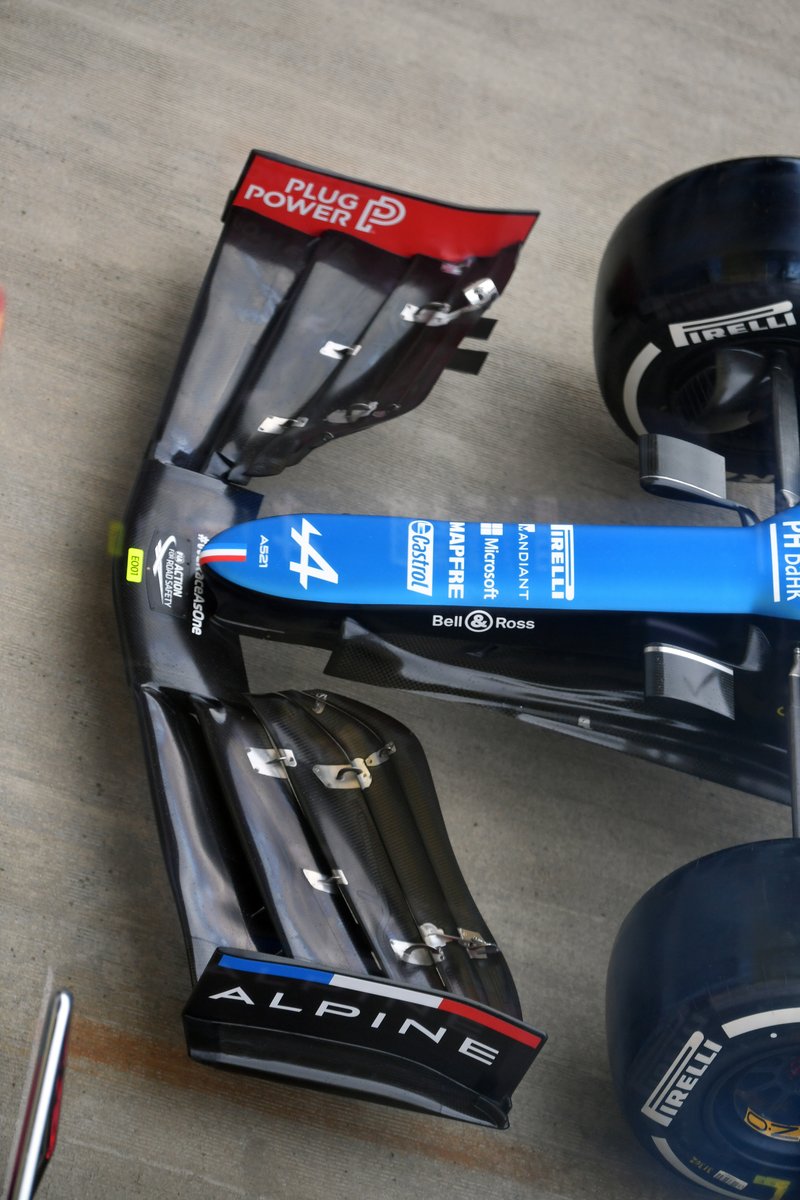 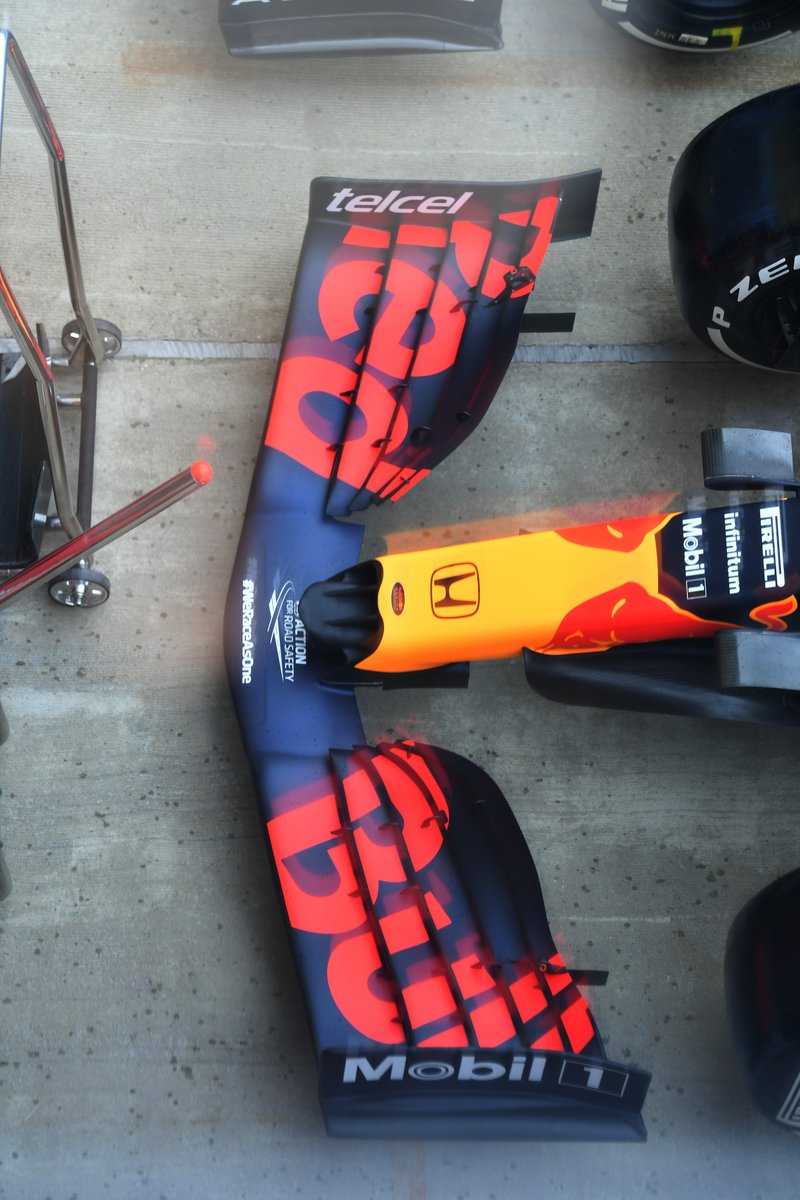