Renault Formula 1 boss Cyril Abiteboul says it was right that the teams should try to help Pirelli use the same tyres for three seasons by agreeing to trim downforce levels for 2021. 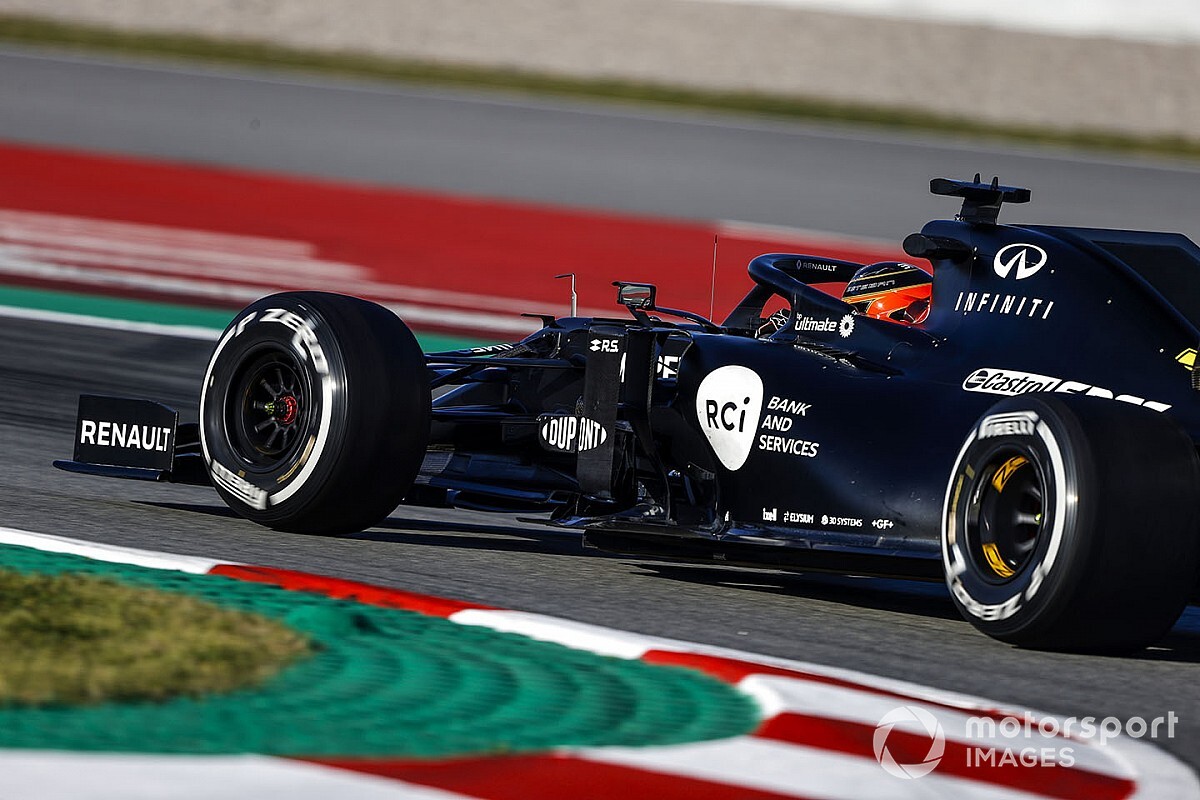 After the Italian company's 2020 development tyres were rejected by the teams last year, preferring to stay with the familiar 2019 specification for a second year, the same specification tyres will be used for an unplanned extra season in 2021 following the delay to the F1 rules overhaul due to the COVID-19 pandemic.

In order to rein in the natural increase in downforce levels in 2021, and hence control the loadings on the tyres, the teams agreed to a slight change in the floor rules that will help the 2019 tyres cope for an extra year - while Racing Point's technical director Andy Green believes the change means a "front to back" reworking of the current aerodynamic package.

Abiteboul says he has some sympathy for Pirelli, as the company always has to react to the direction taken by the teams and the FIA.

"I've been a supplier of engines, and I know the difficulty of being a supplier to F1," Abiteboul told Motorsport.com, having headed up Renault's engine supplier efforts before the French manufacturer made its works team comeback in 2016.

"It's a big ask, a lot of expectation. I think we need to do a slightly better job in giving sufficient notice and stability on our decisions so that Pirelli are given the opportunity to develop the right product for what we want to do.

"If you take the example of this year, let's not forget the circumstances. We were supposed to move to 18 inches next year, but we decided just when we were coming back from Australia to postpone the regulations by a year, and we always need to look at the consequences of our decisions.

"Having taken that decision I think it also makes sense that we try to slightly adjust our cars to their product, at least in the short term."

Abiteboul says that it's crucial teams now help Pirelli to anticipate the downforce levels that the 18-inch tyres will have to deal with under the new technical regulations in 2022.

"I think medium term, for 2022 in particular, we need to make sure that the right products are developed for our cars, with the right assumptions," he said.

"Sometimes what's remarkable with F1 is that the grid in general is capable of going above our assumptions. I think everyone has been surprised by the amount of aerodynamic development that we've been able to generate in the last 12 months, despite a change of regulations with the simplified front wing, and so on.

"It's also a bit of a credit to the sport that it's a constant moving target for a supplier like Pirelli, but having said that for 2022 we all need to be perfectly aligned with what we will be needed."

My job in F1: Driver’s physio