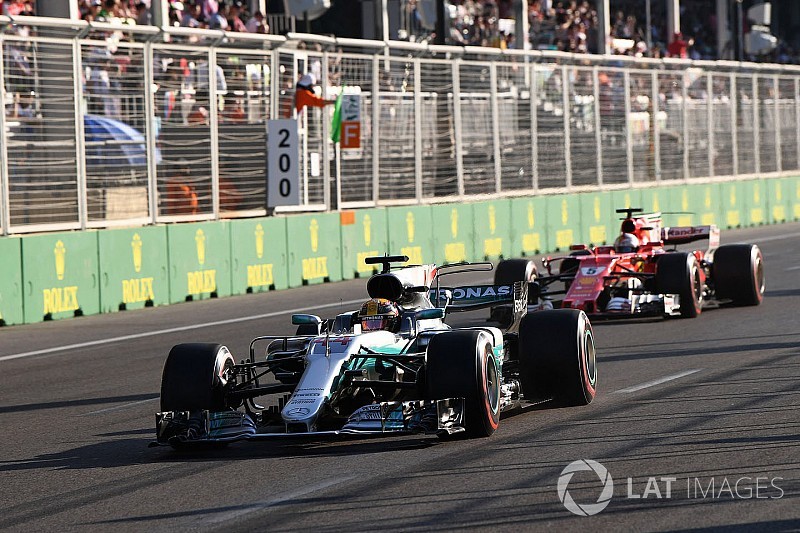 Daniel Ricciardo says former teammate Sebastian Vettel's actions in Baku were more "silly" than "dangerous", as he reckons the Ferrari driver did not get away too lightly for what he did.

Vettel was handed a 10-second stop-go penalty for driving into Lewis Hamilton behind the safety car at the Azerbaijan Grand Prix, but risked further punishment after the FIA looked again at matters in Paris earlier this week.

In the end, the FIA elected not to take any more action, although that move prompted some criticism from those who felt Vettel's actions were worthy of either disqualification or even a race ban.

But Ricciardo, who went on to win in Azerbaijan, thinks the whole situation was escalated by the fact that Hamilton did not triumph because of his headrest problem.

Writing in his official Red Bull column, Ricciardo said: "There's a view going around that Seb got off lightly with the penalty he got, but to me, that's only because he ended up beating Lewis.

"And that only happened because Lewis had his own issues with the headrest. If that hadn't happened and Lewis won, which he looked like was going to, and Seb was, say, fifth or something, then there wouldn't be as much noise about it.

"For me, a 10-second stop-go penalty, the one Seb got, is the biggest penalty you can have without being black-flagged. There's no bigger time penalty because you lose 20 seconds in the pits, and then you have to be stationary for 10 seconds.

"A light penalty in my view would have been if the stewards had added 10 seconds to his race time at the end, and I would have agreed that a penalty like that wouldn't have been enough.

"But I thought what they did was fine, and I don't think what he did was enough to be disqualified. So for me, it was the right penalty."

He added: "What he did wasn't right, but it wasn't dangerous – we were doing 40km/h – so it was more silly than anything. It's done, and I don't think it should drag out any more. Somehow I reckon it might get discussed in Austria though."

Vettel has yet to speak in public about the matter but will appear alongside Hamilton in the official FIA press conference at the Red Bull Ring on Thursday afternoon.

Honda hurt by time away from F1, says former chief