Saudi Arabia has revealed the layout for its new 250km/h Formula 1 track in Jeddah, that will be the longest and fastest street circuit on the calendar.

Jeddah will host Saudi Arabia’s first F1 race on December 5 this year after the country signed a long-term deal to host the sport.

Race organisers have now revealed the 6.175km layout for its track, which will make it the second longest on the F1 calendar after Spa-Francorchamps in Belgium.

The long straights and high-speed sections are expected to deliver an average lap speed of around 250km/h, with the potential for there being three separate DRS zones.

The fastest part of the track is expected to be on the long sweep down to the final left-hand hairpin corner, Turn 27, where cars are expected to reach 322 km/h before they approach the braking zone.

While the circuit has been crammed into a narrow area of land by the Jeddah seafront, it features a total of 27 corners and runs anti-clockwise – with the first corner being a tight left-right chicane. 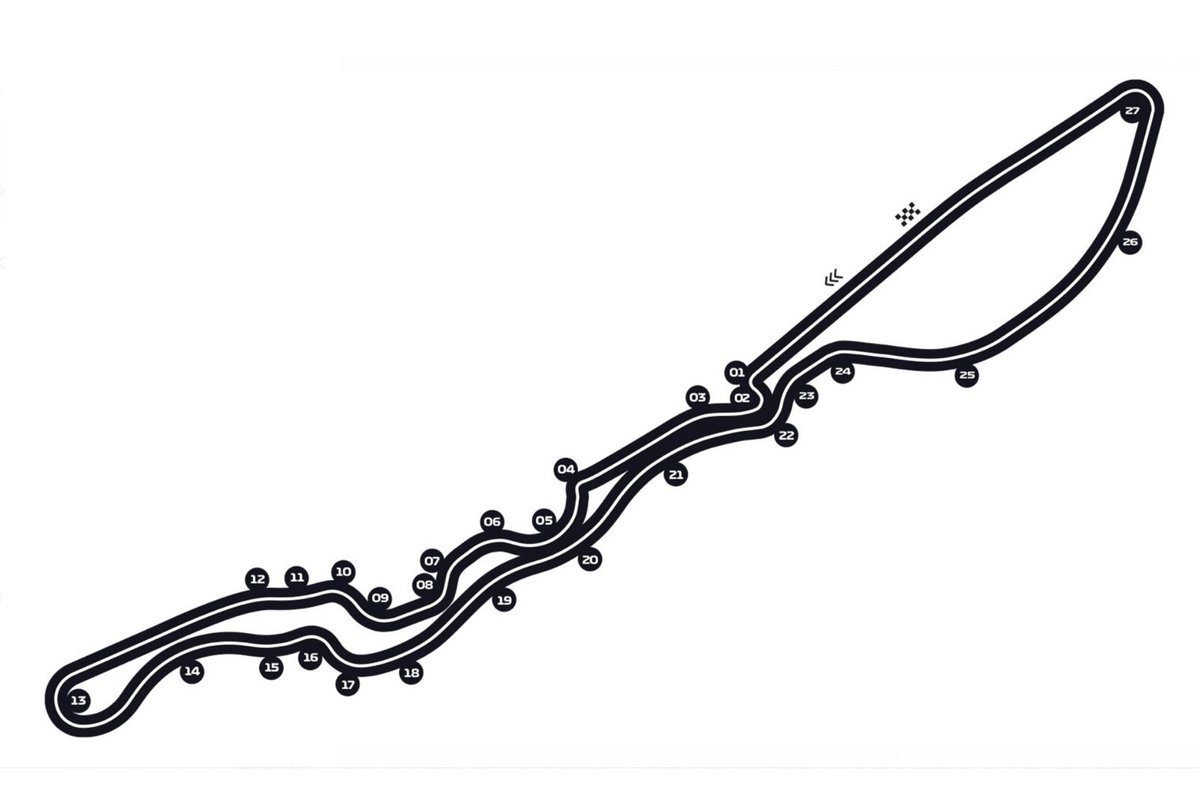 Ross Brawn, F1’s managing director of motorsport, expressed his belief that the layout would be one that produces good racing.

“It’s always very exciting to release the details of a new circuit & the Jeddah Street Circuit is no exception,” he said.

“We have worked closely with the team at Tilke and with the promoter to ensure we have a track that provides exciting wheel to wheel racing for our fans and challenges all of the drivers.

“The design brings out the best of a modern street circuit but also has fast paced free flowing areas that will create fast speeds and overtaking opportunities. The setting is incredible, on the Red Sea, and we can’t wait to see the cars on track in December.”

The track is located in the Corniche area of Jeddah, which is about 12km north of the main city centre.

It has been designed in partnership with Tilke and F1’s own Motorsports Division, and utilises as many of the existing roads as possible around the narrow stretch of coastal land.

The Saudi Arabian Grand Prix will be held at night, and is planned to be the penultimate round of this year’s F1 world championship.

Silverstone to give away F1 and MotoGP tickets to key workers