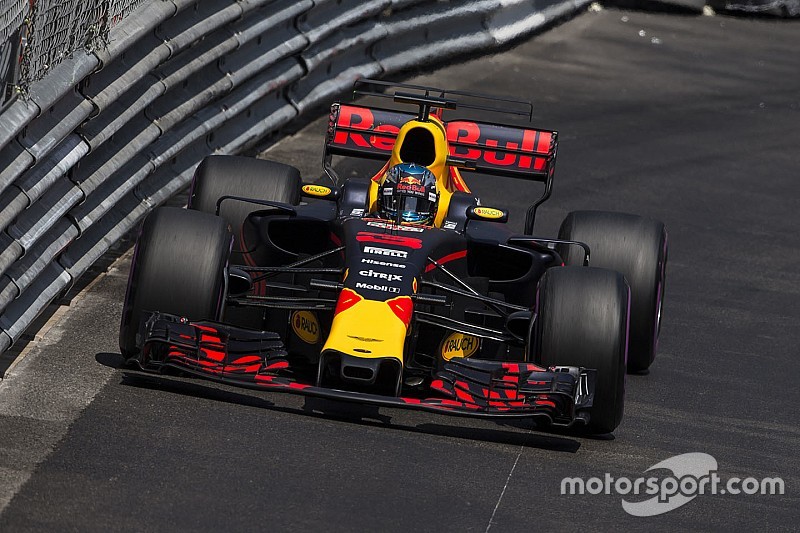 Red Bull boss Christian Horner thinks Q3 engine boost modes that rivals Ferrari and Mercedes have available meant it never had the chance of fighting from the front at the Monaco Grand Prix.

Daniel Ricciardo had been left upset after qualifying when he felt a poorly timed run in Q3 that put him out in traffic robbed him of the chance of mixing it with Formula 1's championship leaders.

But despite the strong pace shown in the race, as Ricciardo came home third behind Sebastian Vettel and Kimi Raikkonen, Red Bull boss Christian Horner is sceptical that the team could have done much better.

"I don't think he would have been in the mix for pole," he said. "I think the second row of the grid was optimum.

"I think we possibly could have beaten [Valtteri] Bottas in qualifying but I don't think pole was within reach. We see there is still a bit of extra boost that those guys have in Q3.

"We look great in Q1 and great in Q2, but in Q3 we know there is always a little bit to come from Mercedes and Ferrari."

When asked if the team's data showed Ferrari and Mercedes were now equal with their Q3 boost, Horner said: "Mercedes is still slightly ahead but it is obviously the effect around this kind of circuit is much less."

Horner was well aware how disappointed Ricciardo had been after qualifying in Monaco when he could not prepare his tyres properly because of traffic.

But he defended his team by saying the situation in Monte Carlo was particularly tricky this year.

"I think the problem is that once again you cannot control what others are doing on track and it becomes equally complicated when some drivers are doing build laps rather than just going out to do a time," he said.

"He [Ricciardo] was just again a little unfortunate that on his preparation lap he was a little bit compromised by what going on with the McLaren."