Stefano Domenicali has warned some current races will likely lose their Formula 1 calendar slots in favour of new venues, with even historic circuits told their places are not guaranteed.

F1 chiefs are facing a growing number of requests from new locations to hold races, as Qatar and Las Vegas are set to become permanent from next year.

It comes as grand prix racing is fast approaching the maximum number of 25 races that is allowed under the terms of the Concorde Agreement.

But, while there is some scope at the moment to expand without dropping any of the current grands prix, F1 CEO Domenicali reckons that some existing venues are going to have to make way.

That could mean them being dropped from the calendar entirely, or only appearing on a rotational basis with other venues.

Asked about whether new additions to the calendar had prompted F1 to think about some races being replaced, Domenicali told selected media - including Motorsport.com’s Italian website - in Bahrain: "The process has actually already started.

“There are some promoters who have expiring agreements, and probably some of the current grands prix will no longer be part of the calendar. Others will remain but in a different form, such as rotating between different tracks.

“Soon the choices we are making will be announced, and you can expect some new grands prix. However, it is still not easy to plan everything in advance.

“If we take, for example, China, we will have to try to understand what will be the situation regarding the COVID issue in the future, as we did last year in view of 2022.”

While some current venues have secured long-term contracts, with Bahrain recently announcing a new deal until 2036, others are still up for discussion.

It is understood that France, Monaco, Belgium, and Mexico have yet to conclude deals beyond this year. 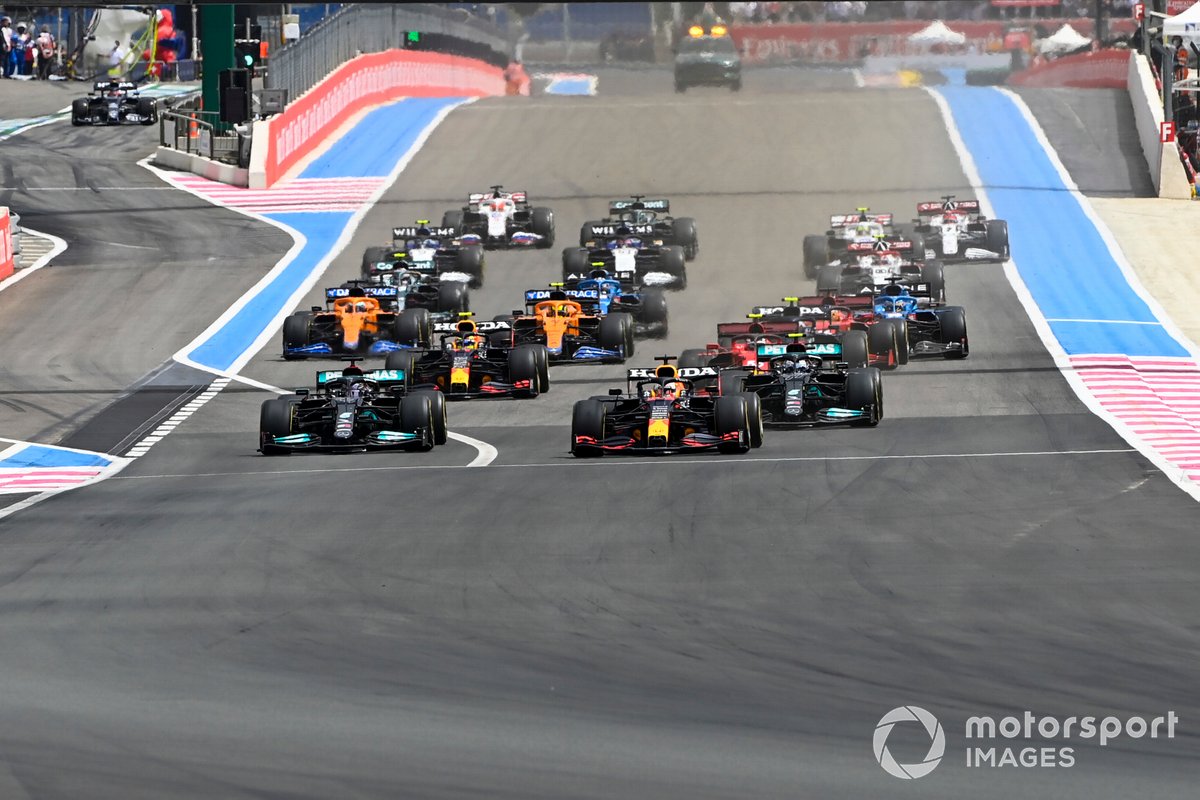 French GP is among the races with an uncertain future

The French GP’s future is the most uncertain, despite recent encouraging words of support from the country’s president Emmanuel Macron, while Domenicali suggests that traditional venues – like Monaco and Spa – cannot assume their places are guaranteed.

“We know we have to balance the arrival of new races with historic grands prix, and tracks that must continue to be part of our calendar,” he said.

“The arrival of offers from new promoters has an advantage for the F1 platform, and that is to force the organisers of traditional grands prix to raise their level of quality, in terms of what they offer the public, and infrastructure and management of the event.

“It's not enough to have a pedigree any more. You also have to demonstrate that you are keeping up."

While a calendar shuffle could result in some countries lose their only grand prix, Domenicali sees no problem in there potentially being three grands prix in the United States – with Las Vegas set to join Miami and Austin from next year.

"The interest that Formula 1 is receiving today in the USA has never been seen before,” he said.

“It would be wrong for us not to take advantage of this opportunity and we are trying to understand how to deal with this growth.

“There is also a lot of interest in the Far East. Guanyu Zhou's arrival in Formula 1 is attracting attention and does not surprise us.

“Beyond Ferrari, in the end, it is the drivers who make the interest in this sport grow in their countries. We have seen it in Brazil, in Spain and there are many other examples.

“From China we have had new requests to host a grand prix, and Zhou has yet to have his first race.”

The issues F1 must consider amid its ruthless expansion drive