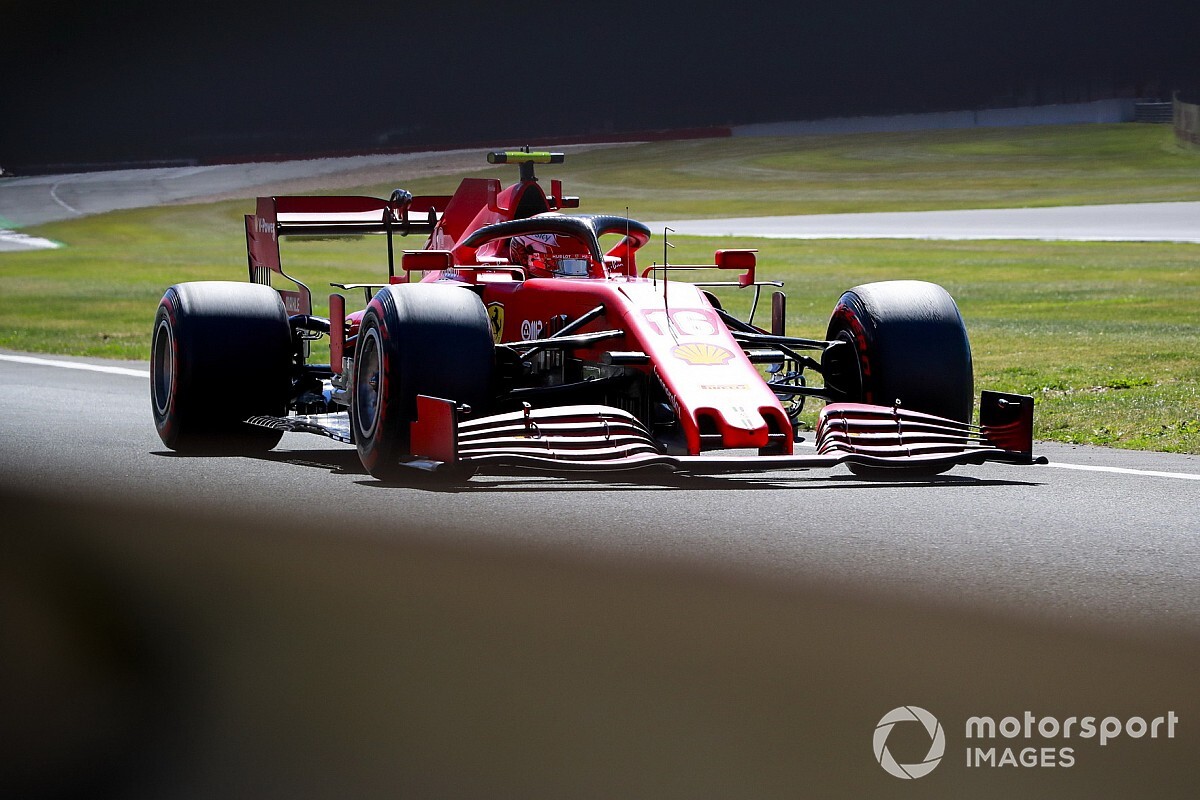 Lewis Hamilton set the pace on the opening day of 70th Anniversary Grand Prix practice at Silverstone on Friday for Mercedes, ahead of teammate Valtteri Bottas.

Mercedes dominated the first practice session, with Bottas outpacing Hamilton by 0.138s. His 1m26.166s was 1.2s faster than Max Verstappen’s fastest FP1 time last week, although Pirelli is using softer compound tyres this weekend – including the C4 as the soft, which wasn’t in use last time.

Verstappen was 0.727s off the pace for Red Bull, ahead of Nico Hulkenberg – in again for the Covid-positive Sergio Perez at Racing Point. The Ferraris of Charles Leclerc and Sebastian Vettel sandwiched the second Red Bull of Alex Albon. Robert Kubica made another FP1 appearance for Alfa Romeo, and was 0.3s off teammate Kimi Raikkonen.

In the second session, Hamilton and Bottas again battled it out for the fastest time, with Hamilton working down to 1m25.606s on the soft tyre, with Bottas 0.176s behind. They were half a second quicker in this session.

Daniel Ricciardo produced the third-fastest time, 0.815s off the pace, pipping Verstappen and the Racing Points of Lance Stroll and Hulkenberg.

Leclerc was seventh, ahead of the McLarens, but appeared to suffer some serious tyre blisters on his long run on the medium. Clearly struggling in FP2 were Albon, down in 11th, and Vettel in 14th.

Vettel's session ended prematurely when his car expired, Vettel suggesting either engine or gearbox, and dumped a huge amount of fluids on the track between Woodcote and Copse.

The session was red flagged when Antonio Giovinazzi stopped his Alfa Romeo at Becketts.