F1 fans get chance to wave chequered flag in Austria 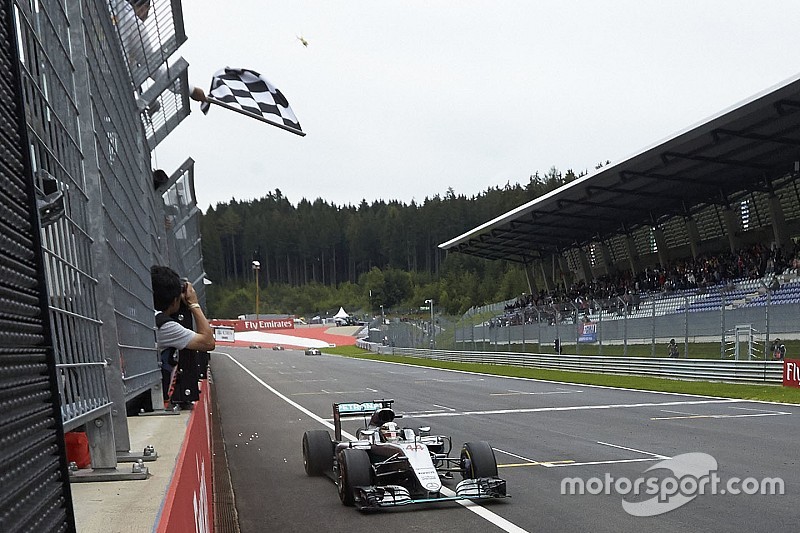 Formula 1 fans will have the chance to win passenger rides in the official safety car, as well as one getting to wave the chequered flag, at this weekend's Austrian Grand Prix.

Red Bull Ring chiefs have been active in recent years in doing as much as they can to boost the fan experience, and they will take things a step further for this weekend's next F1 race.

A raffle draw will be held for three fans to be given laps of the track by F1 safety car driver Bernd Maylander over the weekend, while one competition winner be get the chance to wave the chequered flag after Sunday's race.

Beyond the return of air displays, concerts and the F1 red carpet, where fans get the chance to meet and greet drivers and team chiefs as they arrive at the track, Austria will also open up the pitlane on Thursday for ticket holders.

Plus race organisers are on the lookout for 22 young fans to become mascots for drivers ahead of the parade on Sunday morning. All children under 14 get in free over the Austrian GP weekend if they are accompanied by a paying adult.

This year's special demonstration parade will feature nine Le Mans car, including the BMW V12 LMR which triumphed in 1999 and a latest-generation Audi R18 V6

Ex-F1 drivers Jean Alesi, Gerhard Berger and Mark Webber will be among the drivers for Sunday's parade.

Red Bull Motorsport adviser Helmut Marko will also be taking part. And although his Le Mans winning Porsche from 1971 is not currently in condition to be driven, but will be on display in the F1 Fan Zone throughout the weekend, he will instead drive a 1970 Porsche 917K