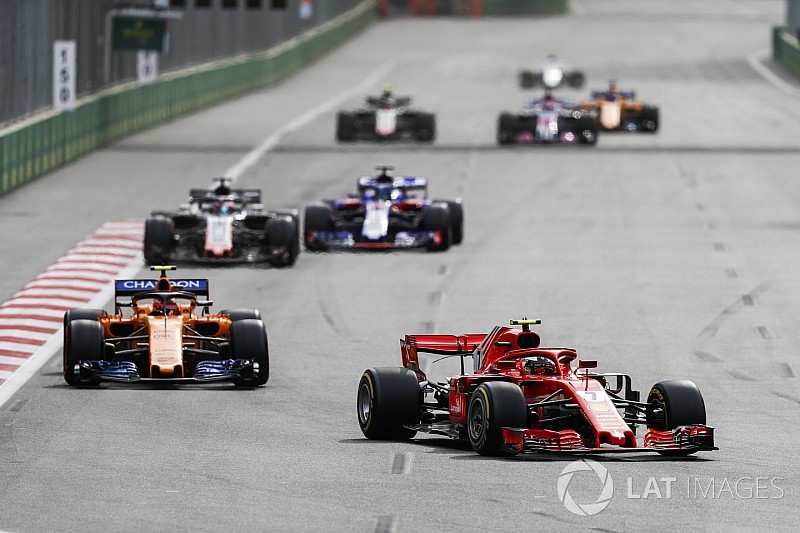 The FIA says the 2019 aerodynamic package designed to improve overtaking in Formula 1 will also add around 1.5 seconds to laptimes.

The package includes a simplified front wing and front brake ducts, as well as a bigger rear wing flap for a more powerful DRS effect.

All of that adds up to making the cars less efficient than they are now.

"We expect this rule change to be approximately one-third of the way less performance of the delta between '16 and '17," said FIA single-seater technical boss Nikolas Tombazis.

"So we expect to lose 1.5 seconds maybe, that sort of order. It's a bit difficult to predict exactly the amount of development the teams will put on.

"But we certainly expect to lose performance of that order of magnitude."

Tombazis is confident that the changes will make a difference to overtaking.

"I think the probability that it actually makes things worse is close to zero, if not zero, in my view.

"We hope to make an improvement in close racing, and to be able to follow more closely. The change of the wings for next year is not just the endplate.

"In our studies the wheel wake is what then affects the rear car, and losing control of that we feel is going to make a step improvement. But I'm not expecting cars to be bumping each other like touring cars."

He added that had the FIA not acted it would have become even harder for drivers to follow another car in the last two years of the current formula, as teams continued to develop their aero packages.

"I would also add that the way development is going in current racing one of the key tasks of an aerodynamicist in an F1 team is to move the wheel wake further outboard for the benefit of their own car.

"The more outboard it is the less it affects the diffuser and the rear wing, and they gain performance. So that is their key objective. That key objective is also bad for the following car.

"My expectation is that if we didn't do a rule change, the next two years, '19 and '20, would be gradually getting worse.

"Part of the rule change is also to stop that trend and make a step change. We feel that these performance characteristics would have been worse for '19 and '20 if we did nothing."

The FIA is to meet team technical bosses in Barcelona on Sunday to discuss the fine detail of the package, and to hear any feedback on potential loopholes that might have been discovered since the rules were voted through on April 30.