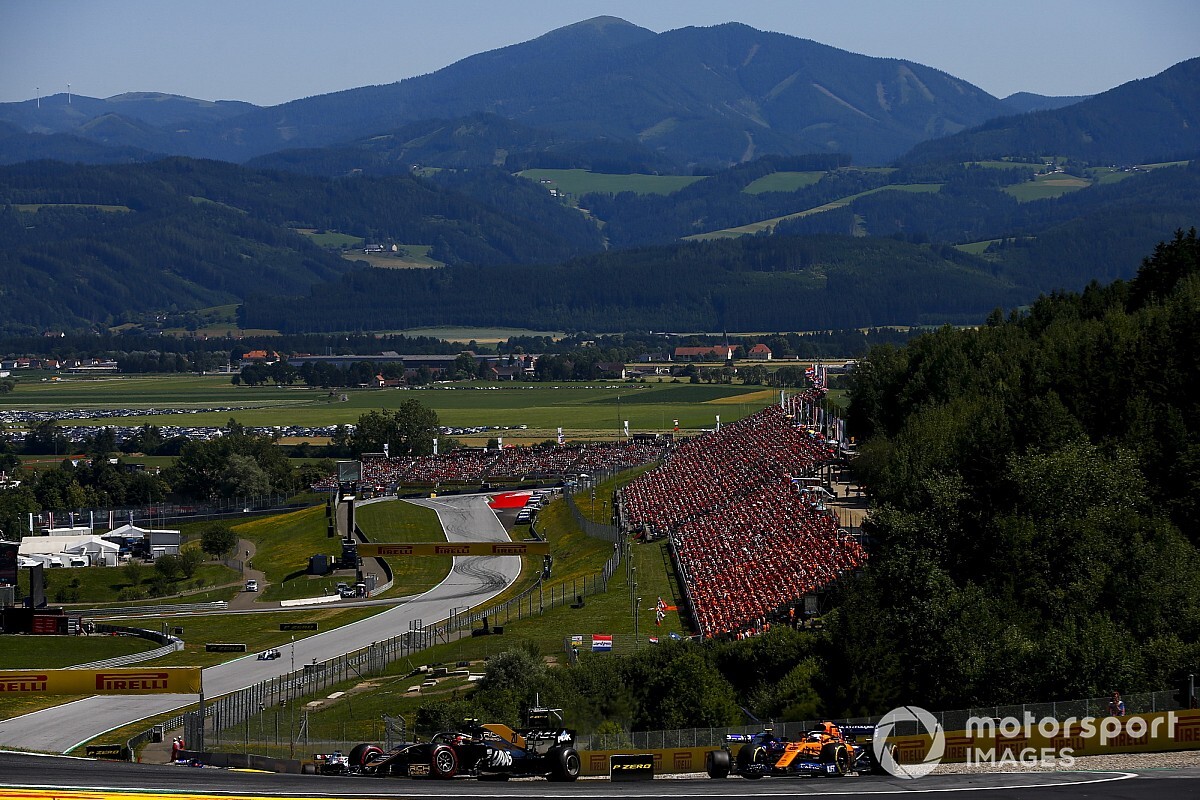 Formula 1 managing director of motorsports Ross Brawn has outlined plans to create a "biosphere" to get the 2020 season underway with back-to-back races in Austria.

With the opening 10 races of 2020 called off due to the ongoing COVID-19 pandemic, F1 is aiming to start the season with the Austrian Grand Prix on 5 July, running the race behind closed doors.

F1 is aiming to still hold between 15 and 18 races this year, starting with a run of European rounds over the summer before moving into Asia and the Americas in October and November. The season would then conclude with the Middle East rounds in Bahrain and Abu Dhabi in December.

Some of the early events such as Austria are expected to become double-headers, racing at the same track on consecutive weekends.

Speaking on the F1 Nation podcast, Brawn gave further details to plans for the race in Austria, saying they were aiming to create an environment where strict testing for COVID-19 would prevent any cases of infection.

"One of the logistical challenges is getting everyone tested and cleared to enter the paddock and enter the racing environment," Brawn said.

"And I think once we do that, it's very attractive to keep everyone in that environment, within that kind of biosphere that we want to create for another race.

"It's also pretty challenging to find the right sort of races early on where we can control the environment well enough.

"Austria fits that bill very well. It's got a local airport right next to the circuit, where people can charter planes into. It's not too close to a metropolis, it has a great infrastructure around it.

"There will be no motorhomes, but there will be full catering facility laid on that the circuit has. We can basically contain everyone within that environment.

"Therefore once we're there, it's appealing to have another race the following week."

Brawn said F1 was dealing with a "massive logistical challenge" to hold races while restrictions on travel and social distancing remain in force, but felt it was important to get the season underway for both fans and the wider sport.

"We're working our way through all the requirements to make sure we operate in a safe environment for the drivers, for the engineers, for the technicians, for everyone involved in the race, and we put on the right sort of show," Brawn said.

"Unfortunately it will be without fans, which is a great shame, but we still feel we can take the race out to all the fans who watch us on TV and other means.

"It's important for us to try and get the season going. One [reason] is obviously to excite the fans, who have all been frustrated by the delays. We've got a very exciting season in front of us.

"But it's a very important livelihood for thousands of people, it's another reason for trying to kick-start the season."

The pioneering approach that made Senna so special