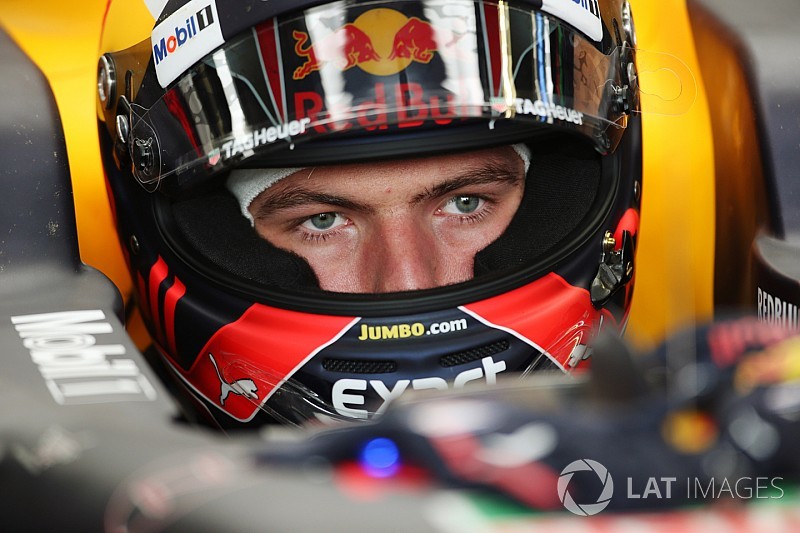 Red Bull driver Max Verstappen declared his 2017 Formula 1 season so far "crap" after his early retirement from second in the Canadian Grand Prix.

Verstappen jumped from fifth on the grid to run second behind Lewis Hamilton and tried to challenge for the lead at the restart after the early safety car.

But he was hit by a suspected battery failure after 11 of the race's 70 laps.

"Suddenly all the power was gone," he added. "I wanted to go on the throttle and everything shut down, including my dash, so I couldn't even communicate [to the team] anymore.

"That's very frustrating when you are in second. The start was great. I think it was the best start that they ever had at Red Bull, so that was good.

"But in the end you are still left empty-handed, so that sucks tremendously. I could have finished second. Or third, if things turned out a little bit less for me."

Asked how he felt about Red Bull's prospects at the next race in Azerbaijan, Verstappen replied: "I don't care too much. The whole season has already been crap, with everything."

Verstappen had been furious after the Monaco GP when the outcome of pitstop strategies left him fifth in a race where he had been challenging for third, and he described Canada as an even bigger disappointment.

"You are in second place, you know that the car isn't good enough for that position, but today you could have held on to that," he said. "Considering how difficult it was to overtake, we would have been able to achieve this."

"If we had timed our pitstop rightly, I don't see any reason why he couldn't have," said Horner. "He seemed to have Valtteri pretty much covered, he was looking in very good shape."

Verstappen added: "It wasn't even a fight, because I was driving away from him."

Horner believes Verstappen will eventually feel more encouraged by his performance before the problem than frustrated at the outcome.

"Obviously he'll be disappointed because he was in such a great position but I think he can take real heart from it," Horner said.

"What he will see is the bigger picture, which is he is performing really well, the performance of the car is getting stronger and stronger and he was fighting for the lead at the restart.

"So even though results haven't gone his way, it's a long season, it will balance itself out and his time will come at races in the future."

Analysis: How Hamilton got his mojo back in Canada