Renault and Mercedes believe Formula 1 risks opening up a needless spending arms race and having a less competitive grid with the new engine regulations that have been proposed for 2021.

In the wake of a meeting between engine manufacturers, the FIA and the F1 Group to discuss a vision for future engine rules, there are concerns that the ideas put forward are not what grand prix racing needs.

While the engine proposals revealed on Tuesday appear similar to the current versions – keeping the same 1.6-litre engine but ditching the MGU-H for a more powerful MGU-K – the changes are enough to force manufacturers to build all-new engines.

In fact, Renault and Mercedes are in agreement that F1 would be better off focusing on the fans' desire for louder and more powerful engines through simple rule changes to the current power units.

This could be achieved through a number of measures, including raising the rev limit and ditching fuel restrictions, rather than requiring hundreds of millions of dollars spent on all-new power units.

It is this aspect that has particularly alarmed two of the current race-winning manufacturers.

"We need to be extremely careful because each time we come up with a new regulation that will come up with a new product – new engine or new chassis – we all know what is the impact. It is going to open an arms race again, and it will open up the field once again."

Mercedes motorsport boss Toto Wolff told Motorsport.com: "When you look at the bullet points presented, it looks like no big change and is superficially similar, but there is massive change in there.

"It is an all-new engines, with new harvesting and deployment strategies for energy.

"All of us accept that development costs and sound need to be tackled, but we shouldn't be running away with creativity in coming up with new concepts, because it will trigger parallel development costs over the next three years." 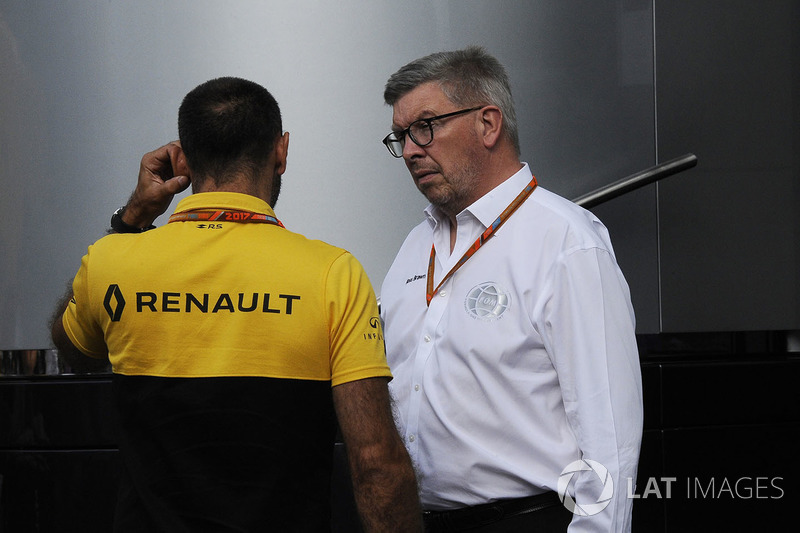 Renault and Mercedes both accept that the current F1 engines need to be improved - especially in sound terms – but they think achieving that can be done without an all-new design.

They concur that lifting the rev-limit by 3000rpm, plus ditching the fuel limit and increasing the fuel flow rate, would achieve such an aim, as well as bring more power.

Wolff said: "I think you will increase the quality of sound by having a new point that is 3000rpm higher than current level. It would be a very different sound and this is an area that we are obliged to look into."

Renault has even suggested that with such changes not requiring new engines, they could be introduced as early as 2019 if all the manufacturers were in agreement.

Abiteboul added: "Renault's proposal for six months now has been to keep the current engine but waiving any type of fuel restriction in terms of fuel quantity, plus moving the fuel flow limitation and also the rev limit.

"The great thing about that proposal is that you could do that without having to wait until 2021. The world is changing quickly, by 2022, a number of car makers will have moved to something that is much more electrified than today, so I think the timing to decide now what we want for the period 2021 to 2026 is maybe not appropriate."

Wolff suggests that with power unit performance now converging – with three manufacturers fighting it out for pole and victory in the last race – there is a risk that F1 realises too late that tweaked version of the current units would have been a better bet for the long-term future.

"We are not learning from our past historic experiences," he said. "It should be about optimising the deficits we have with the current engines… if you tackle those deficits and have a convergence over the next 24 months there is not a lot wrong. The costs have been spent." 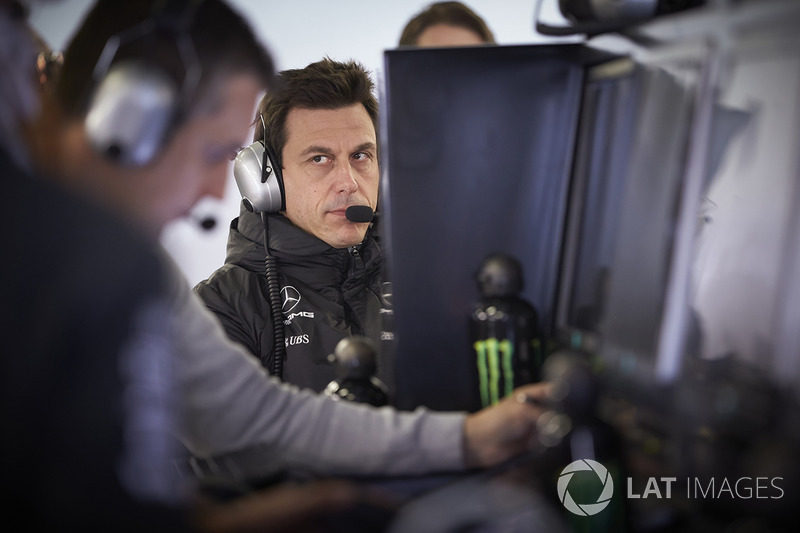 While the FIA and the F1 Group are hoping that new engine rules will attract new manufacturers, Wolff thinks it is a mistake to ignore the interests of those currently competing.

"First of all, F1 needs to be stay attractive for the current engine suppliers and then F1 should be attractive for new entrants," he said. "This is the order of priority.

"We need to enter into a dialogue now to come up with a concept that functions for everyone, and we are keen to enter into that dialogue."

Abiteboul agreed that the proposals put forward must only be viewed as a starting point for what will be lengthy discussions.

"I think it is not a bad thing to have a vision because I think it was a long time coming to understand what was Liberty's stance on a number of topics," he said. "It is good to get a starting point; but clearly we see that as a starting point and hopefully not as the end point."

Ferrari has not yet spoken about the proposals, while Honda has declined to get involved in the debate.

A Honda spokesman said: "As nothing has been specifically agreed among the related parties, Honda will not comment on this matter at this stage."

How ‘reinvented’ Hamilton can break all F1 records