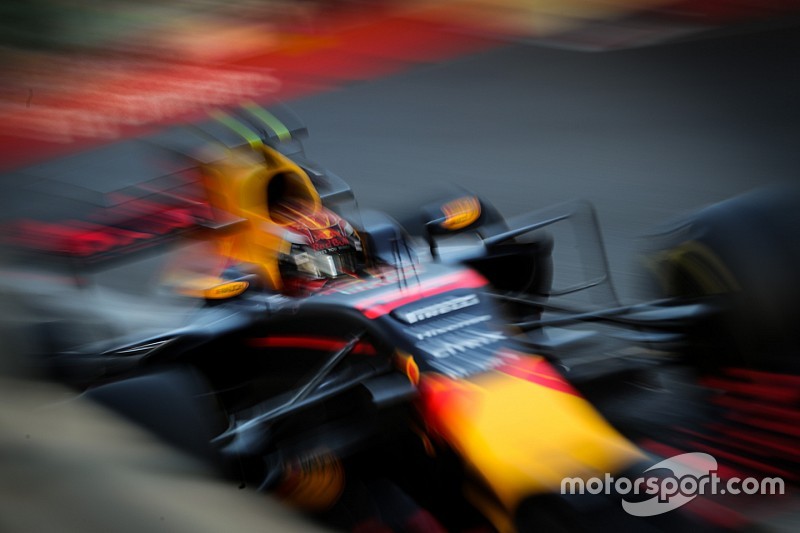 Max Verstappen headed team-mate Daniel Ricciardo in the first session and stayed on top in FP2 with Ricciardo third.

But it remained very close with Verstappen, Bottas, Ricciardo, Kimi Raikkonen and Vettel were separated by just 0.253 seconds.

“Looking at some on-board video stuff example, the Red Bull just looks very stable. It seems like a very good car to drive and well-balanced.

“Here if you have the balance and the trust in the car, there is a lot of lap time to be found. When you can do consistent laps without any mistakes, you can get the tyres to work as well.

“So yeah, they have found good set-up for now and we still have work to do on that.”

“We have potentially a three-way battle”

Hamilton, who finished 10th quickest in second practice but felt he would have been in the top three if he hadn’t got “some traffic” and then “ran wide at Turn 15”, echoed his team-mate’s feelings about the threat posed by Red Bull.

“The Ferraris looking strong as always, the Red Bulls, I don't know if they brought an upgrade here, but they were fantastic today," Hamilton said. “We have potentially a three-way battle, which is great.

“Everyone is struggling to get the tyres working, the Red Bulls and the Ferraris perhaps less than some others.”

Vettel was also impressed by Red Bull’s pace but believes Ferrari has scope to improve this weekend.

“I’m not sure we’re missing much, it’s very close,” he said. “The Red Bulls look very fast, not just on one lap but over the two sessions they seem quite competitive.

“We’re OK – it’s more of a question of getting everything together, so I’m pretty happy with the day.”

Red Bull has brought a series of aerodynamic updates to Baku, while engine supplier Renault has supplied an upgrade its managing director Cyril Abiteboul claims is worth two tenths of a second.