On this day in 2014, Formula 1's brave new turbo hybrid era finally delivered in brilliant fashion at the Bahrain Grand Prix – as Lewis Hamilton and Nico Rosberg fought out an epic duel for victory.

Here, with the help of the Autosport.com Archive, we take a look back at the stories of the race, and the bigger pictures that were bubbling away in the paddock at the time. 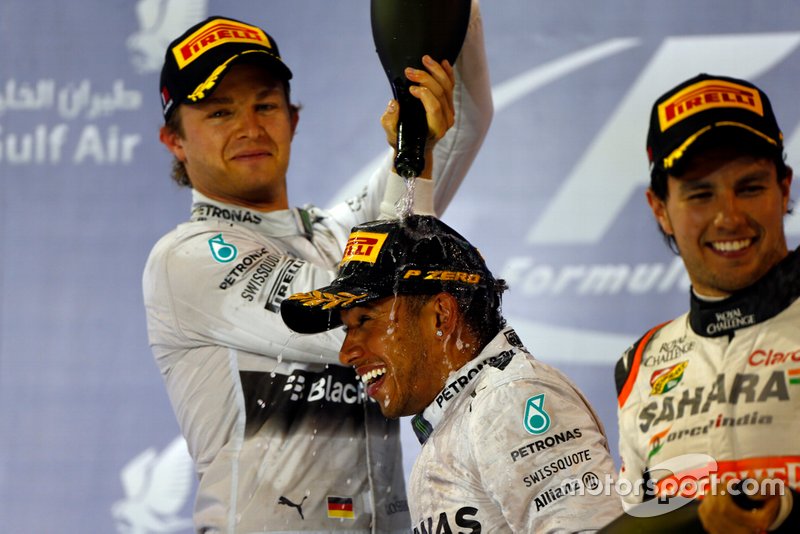 As the result of a move to make grand prix racing more road relevant, F1 had abandoned the screaming V8 engines in favour of hybrids for 2014 – with Mercedes dominant in the first two races of the campaign that had proved to be a turn off for many.

The lack of noise and reduction of speed had been a big talking point in the opening weeks of the season, as Ferrari in particular pushed for radical change. But that did not stop Sakhir delivering a fantastic spectacle.

And it was Lewis Hamilton who triumphed after a thrilling battle with Mercedes teammate Nico Rosberg that went all the way to the chequered flag. 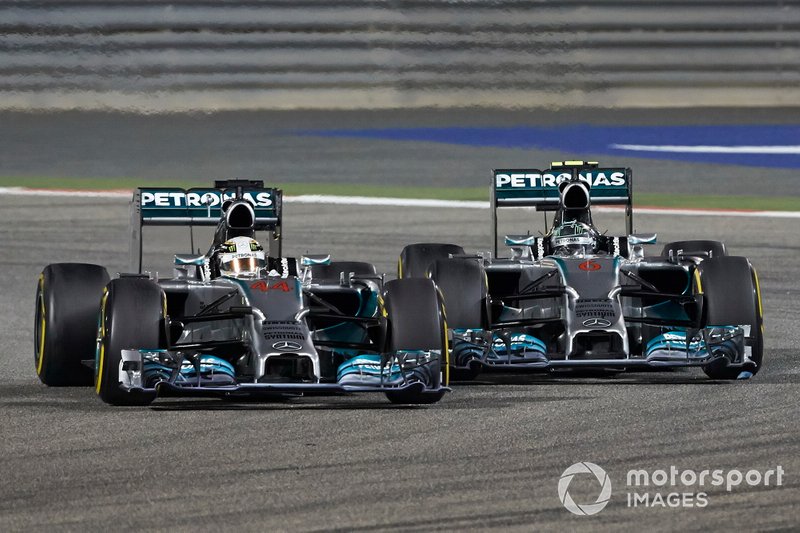 The Bahrain GP proved to be the proper start of what would be an intense rivalry between Hamilton and Rosberg, as their bosses were eager to treat them equally.

Although it would have been all-too easy for Mercedes to have elected to control their order to guarantee a 1-2 finish, the German car manufacturer was adamant that letting the pair fight was vital for the good of the sport.

Speaking after the race, Mercedes' Paddy Lowe said that his team had clearly done the right thing in not interfering.

"Imagine if we had imposed team orders from lap two or something - what a terrible thing that would be for F1 and for the philosophy of Mercedes in motorsport," Lowe said.

"They are professionals and you want to give them the opportunity to race, which is what they do." 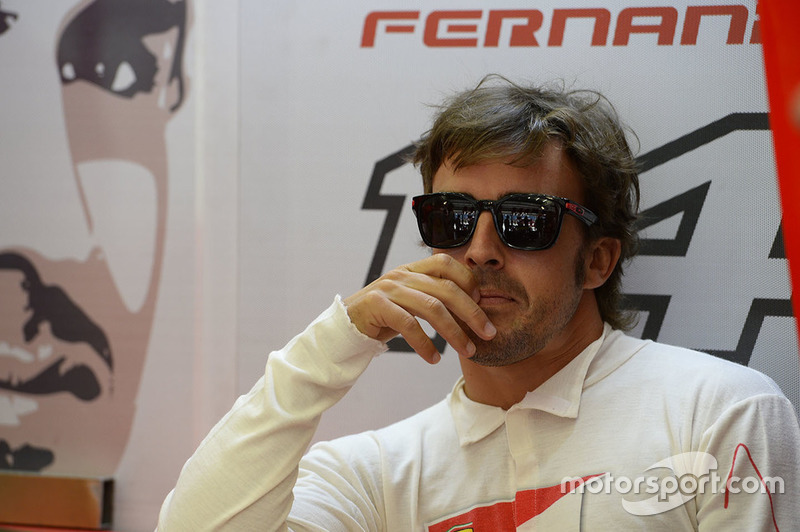 Mercedes' brilliant start to the turbo hybrid campaign had left its rivals downbeat about their chances of doing anything to stop Hamilton and Rosberg bossing the campaign.

Ferrari's Kimi Raikkonen said that in power and traction terms, Mercedes was in another league compared to his outfit.

"The Mercedes cars seemed to be able to pass us very easily on the straight lines. One Force India got me on the exit of corner eight and it was like a different class," said Raikkonen.

"I was surprised. He came out of the pitlane but I had only done a few laps on the tyres. I went OK out of the corner and he just came inside of me and went past; I had no answer.

"And the next corner he had massive traction also, so it's not just the horsepower."

Teammate Fernando Alonso added: "Mercedes has been fantastic. They are doing a better job than anyone else and Nico and Lewis are driving fantastic, doing zero mistakes.

"We have had some difficult conditions with rain in qualifying, but they are doing zero mistakes, fighting but clean.

Of course things did not turn out how Alonso may have liked. 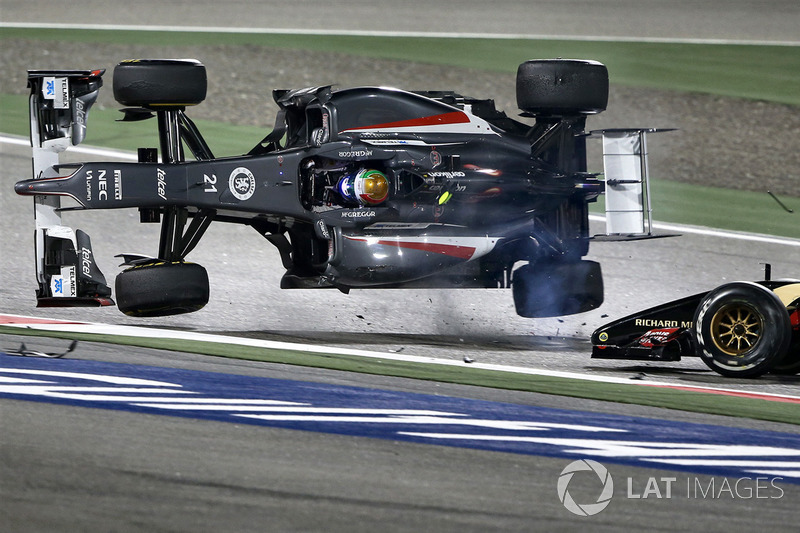 The Bahrain GP had been interrupted by a late-race safety car, which had been triggered by a memorable incident between Pastor Maldonado and Esteban Gutierrez.

Maldonado had exited the pits after a tyre change and, having been expecting the Lotus driver to get out of the way, Gutierrez in the Sauber had turned around the outside of him – getting pitched over upside down.

Race stewards were unimpressed by what they had seen and handed Maldonado a grid penalty for causing an avoidable collision – as well as three penalty points on his licence. 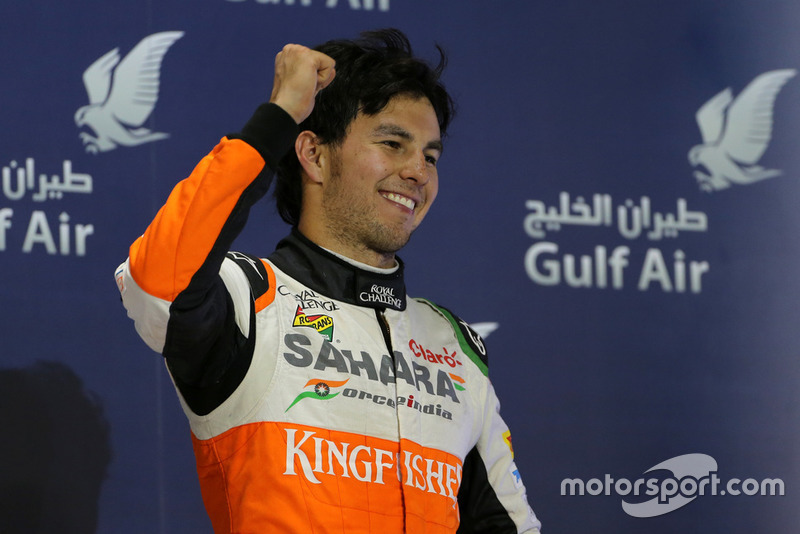 While Mercedes was in a class of its own at the front, Sergio Perez made the most of the benchmark power unit to grab an emotional podium for the then Force India team.

Having endured the pain of being dropped by McLaren after a difficult 2013 campaign, the Mexican could not believe how well things had gone so early in the season for the team that has been his home ever since.

"It means a lot. It is a very special podium for me," he said.

"I had a really tough time, my time at McLaren where I basically was far away and didn't have a chance to fight for the podium.

"When I joined McLaren it was a very fast team, the fastest team there, so when the McLaren option came to me I didn't think twice. I was hoping to fight for the title and win races. But it was really tough, more than people realise.

"It was not easy for me to fight for a podium, so to do it here in this race is a great feeling." 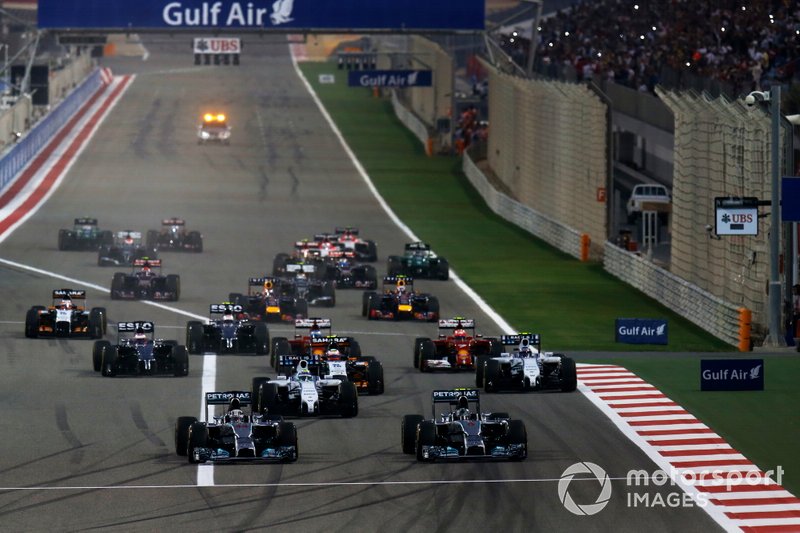 Although Bahrain had been an exciting race, then F1 supremo Bernie Ecclestone was far from impressed with the state of the sport – and there had been meetings in the paddock that weekend to discuss the situation.

Ecclestone had never been in favour of the move away from normally aspirated engines, and did not hold back ahead of the GP in offering his views on the problems F1 was facing.

"What is wrong is these fantastic engines," he said. "The engines are without doubt incredible, the amount of power they produce for the small amount of fuel.

"But I don't think it is F1 business. They should do it in touring cars or something - not in F1." 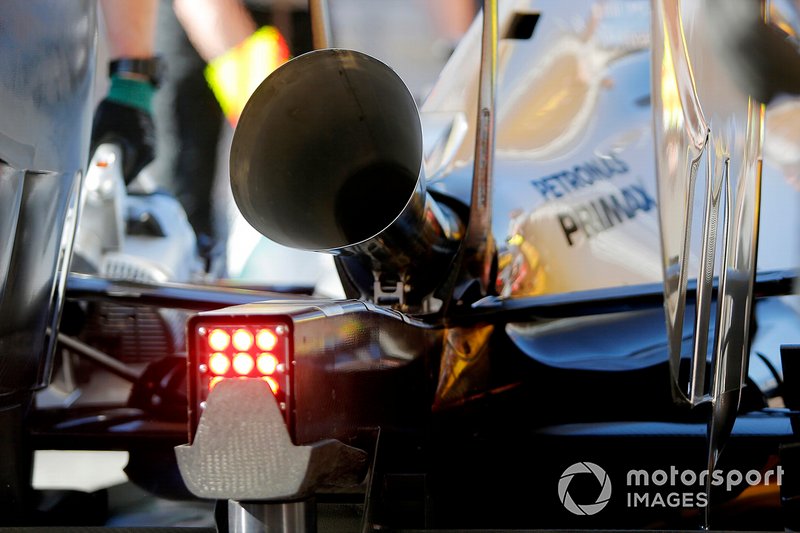 As well as the spectacle becoming a big talking point – which would eventually result in an aero rules revamp for 2017 – the issue of a lack of noise kept cropping up.

F1 had elected to set up a special committee to look in to what could be done to try to bring back some of the decibels that were now missing.

Mercedes would later try a radical trumpet idea on the exhaust, but it didn't help much.

Team boss Toto Wolff said in Bahrain: "I think with the noise it is pretty obvious that it is very different - but does it mean it is better or worse?

"Everyone has a different opinion but we must listen to the opinions. So we will see what we can do, and explore all avenues.

"And if there is an avenue that makes sense and is feasible and doesn't put the rules upside down, then it is something that needs to be explored."

Vettel should have taken a year off in 2021 - Marko

AlphaTauri should have "nice step forward" by Spain