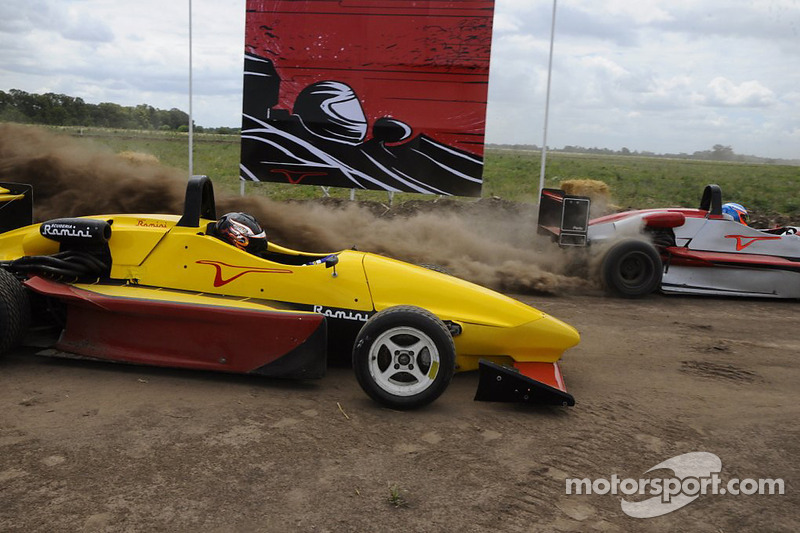 During a groundbreaking ceremony on Friday in Zárate, Argentina, the builders of the new Velociudad Speedcity circuit hinted the multipurpose and high performance track will be suitable to host a Formula One Grand Prix, and are in fact eying the return of Formula One to Argentina.

Present at the ceremony were Eddie Freedman, CEO of Velociudad Speedcity, Aldo Morino (Zárate City Council) and Gustavo Queralt (Secretary for Economic Development of the Zárate City Council). “Velociudad will be one of the future attractions of Argentina. The Velociudad team will have all our support as this is one of the biggest sports infrastructure project since the World Cup in 1978,” they said in a joint statement. 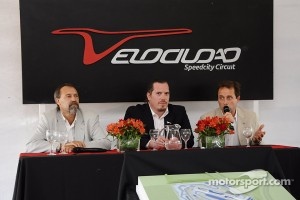 The circuit will be built near Zárate, a city with 130,000 inhabitants, located 80 km north of capital Buenos Aires, and the $100 million costing project will be built in stages. The circuit is aiming for an prestigious Grade 1 homologation from the FIA (Federation Internationale de L’Automobile) and FIM (Federation Internationale de Motocyclisme), which means it will be suitable for Formula One and MotoGP as well.

“It is my vision to bring Formula One back to Argentina”, said Freedman. “To achieve this goal, we engaged the leading experts in the motorsport industry: Our architects, Populous, from London and the motorsport consultants, norman2, from Germany.”

Interestingly, Populos have gathered data from their circuit simulation, maximum speed will be 270 km/h while the average lap speed will be around 185 km/h. The longest straight will be 560 meters long. In the final Grand Prix configuration, the circuit will be 4.7 km long and according to the statement it ‘will meet the highest safety standards in the world’.

It will be a multi purpose circuit with eight different track configurations to accommodate different kinds of motorsport disciplines. The facility will also feature premium hotels, retail facilities and a real Motorsport Academy to train drivers and mechanics. The complex will also house VIP suites in the pit, fine dining restaurants, and a convention center. 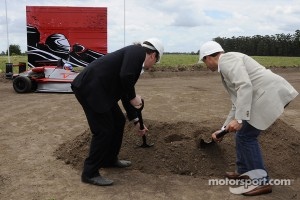 Ex-Formula One driver Argentinean Gastón Mazzacane about the problems young drivers encounter, “Young talents coming from carting or Formula Renault face a dilemma. Argentina lacks the development structure to prepare them for European standard of raining and racing.” The Motorsport Academy aims to train young drivers who already have gained some experience, but will also assist drivers who are taking their first steps into the sport.

The initial stage which should be completed at the end of 2012, will include a 2,2 km long track with a Club House and an off-road park. According to the circuit, “The facility will initially hold Track Test drives and exclusive events for its members. Moreover, Phase 1 will also accommodate auto manufacturers and their respective driving experience programs.”

Much is also expected of the off-road park, designed with hazardous conditions, to simulate driving on mountains, through mud or on rocky terrain, especially suitable for 4x4’s, SUV’s ATV’s and motorcycles.

Completely finished, the Grand Prix circuit will have 17 turns, and according to Populos, the expected lap time for Formula One cars would be 1m32s, while the maximum speed will be around 270 km/h. 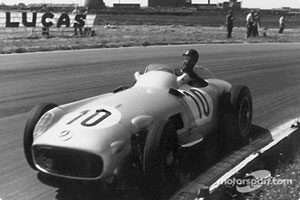 Argentina has a rich Formula One racing history, but it was Michael Schumacher who won the last Argentine Grand Prix for Ferrari held at the Autódromo Oscar Alfredo Gálvez in 1998. The Grand Prix has been on the Formula One calendar from 1953, with the exception of the seasons 1959, 1961-1970 and 1982-1994.

In total 25 drivers from Argentina have been active in Formula One, including the most legendary driver of Formula One, Juan Manuel Fangio, who won the first four Grands Prix on home soil and also won the World Championship title five times, in 1951 and from 1954 to 1957. Only driver ever to break that record, was Schumacher, who won the title a record seven times.

From the 1950/1960's we remember the names José Froilán González, Oscar Alfredo Gálvez, Onofre Marimón, Adolfo Schwelm Cruz, Roberto Bonomi, Clemar Bucci, in the 1970´s and early 1980´s Carlos Reutemann was a very successful driver - he became second in the 1981 championship, and more recent we find the names of Norberto Fontana, Miguel Ángel Guerra, Oscar Larrauri, Esteban Tuero, and as mentioned before, Gastón Mazzacane, who drove for Minardi and Prost and was the last Argentine driver active in Formula One.