F1 must never get complacent over safety - Prost 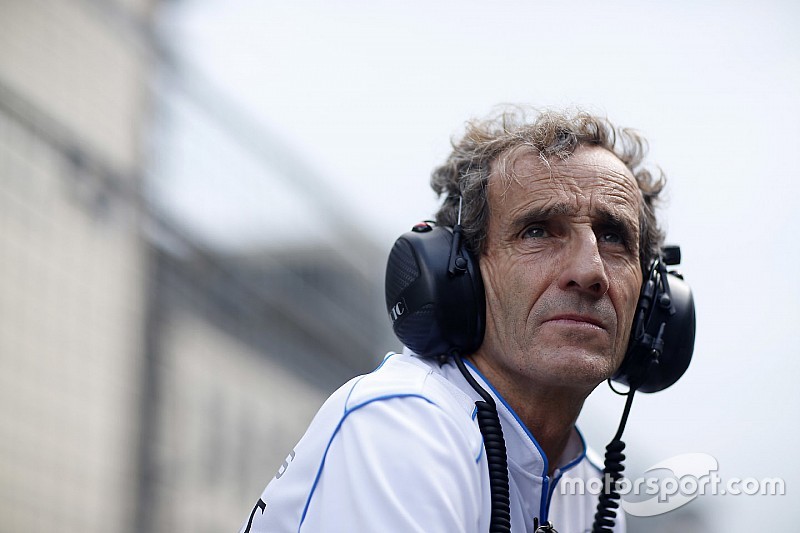 Formula 1 can never feel it has to done enough to improve safety as it comes to terms with Jules Bianchi's death, claims Alain Prost.

Bianchi died on Friday as a result of the injuries he suffered when crashing in to a recovery vehicle at last year's Japanese Grand Prix.

Prost remains angry about the circumstances of the accident - which he thinks was avoidable - but welcomes the fact that F1's safety quest is ongoing.

Speaking to French TV station i-télé, Prost said: "I said what I thought at the time and I don't intend to change it today, even though there have been inquiries and many meetings and discussions.

"I just think there was a small misjudgement that cost very dearly. There was an accident, pouring rain and appalling visibility.

"There should have been a safety car to slow the race down before the recovery truck went on track - that's the misjudgement.

"The inquiry showed something different, that's what's a bit outrageous, even though I know all these people and like them.

"They have done a lot for safety. We had not had a fatal crash in F1 for 21 years, it means that a lot of work was done.

"But like everywhere, there's always a little bit more to be done. The only thing that still was to be done for safety was about this recovery truck that goes on the circuit."

As a result of the Bianchi crash, F1 introduced a virtual safety car system to ensure that cars can be slowed when recovery vehicles are briefly on track.

Karthikeyan and Chandhok say Bianchi could have achieved a lot