Miami GP officials have worked overnight to repair some minor areas of damage to the track surface that emerged on Thursday.

By:
Adam Cooper
Co-author:
Charles Bradley
Listen to this article

The main area of concern is Turn 17, the left-hand hairpin before the final corners that lead on to the start/finish straight. There was also an issue with Turn 7, the tightening left hander located adjacent to the now infamous fake marina.

Small patches of damage became evident at Turn 17 on Thursday evening, a couple of metres outside the apex and more or less on the line taken by the loaded outside wheels of racing cars.

The patches of damage emerged before any racing cars had run on the circuit, which thus far has only seen action from the safety and medical cars, demo runs by supercars, as well as truck and crane activity associated with the building up of the circuit and bus tours of the track.

The problematic areas are believed to be localised, and there are no concerns about the rest of the track. 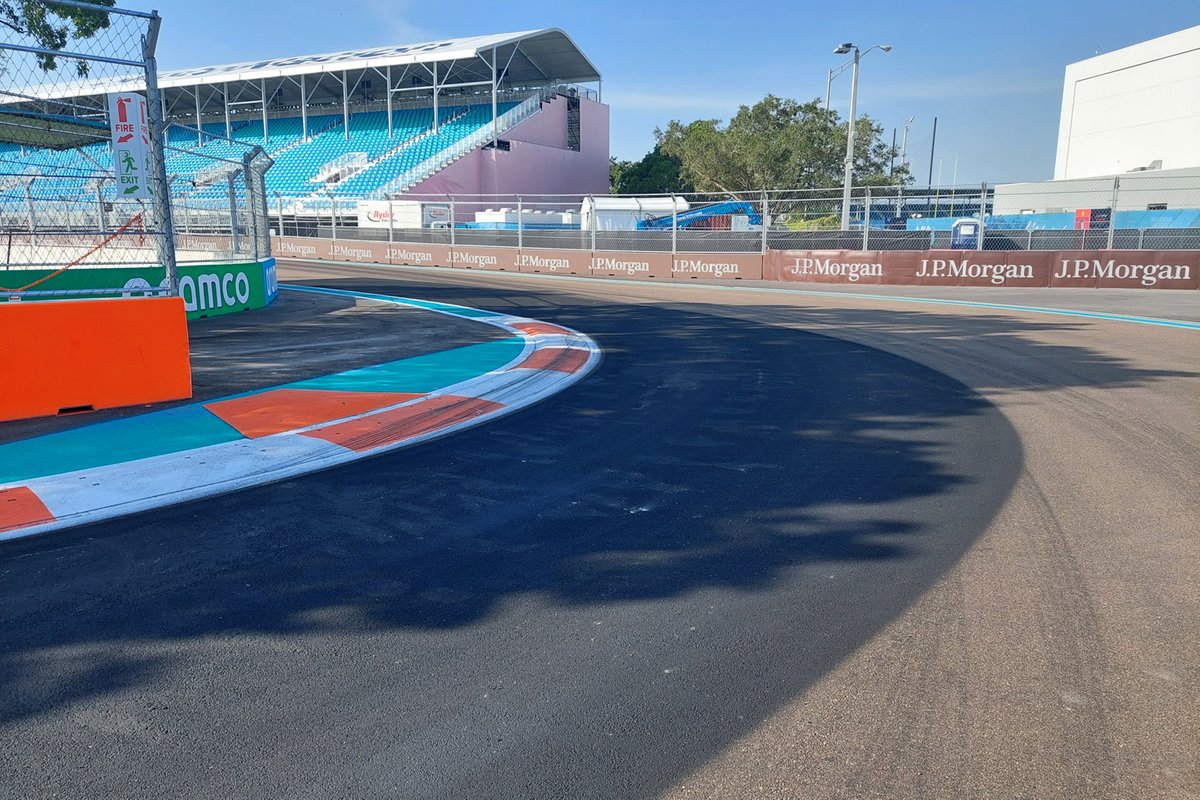 Overseen by circuit designers Apex, the paving of the track required 24,000 tons of asphalt, which was laid out over 85,000 yards in echelon over three lanes for an average track of 50-feet width.

Asphalt specialists R3 – which has worked on many F1 tracks around the world – devised a mix of 60% US-mined granite from Georgia and the remainder being locally-sourced limerock from Southern Florida. Bitumen, which is a viscous mixture of hydrocarbons, is then used to bind the aggregate together.

After being laid, the surface bitumen is stripped to texturize the surface, opening it up to give the kind of grip levels required by F1’s Pirelli tyres.

The FIA required that the asphalt was laid down at least 60 days ahead of the race weekend, and that deadline was met despite working around the stadium’s multiple other events including the end of the NFL football season, a jazz music festival and the Miami Open tennis tournament. 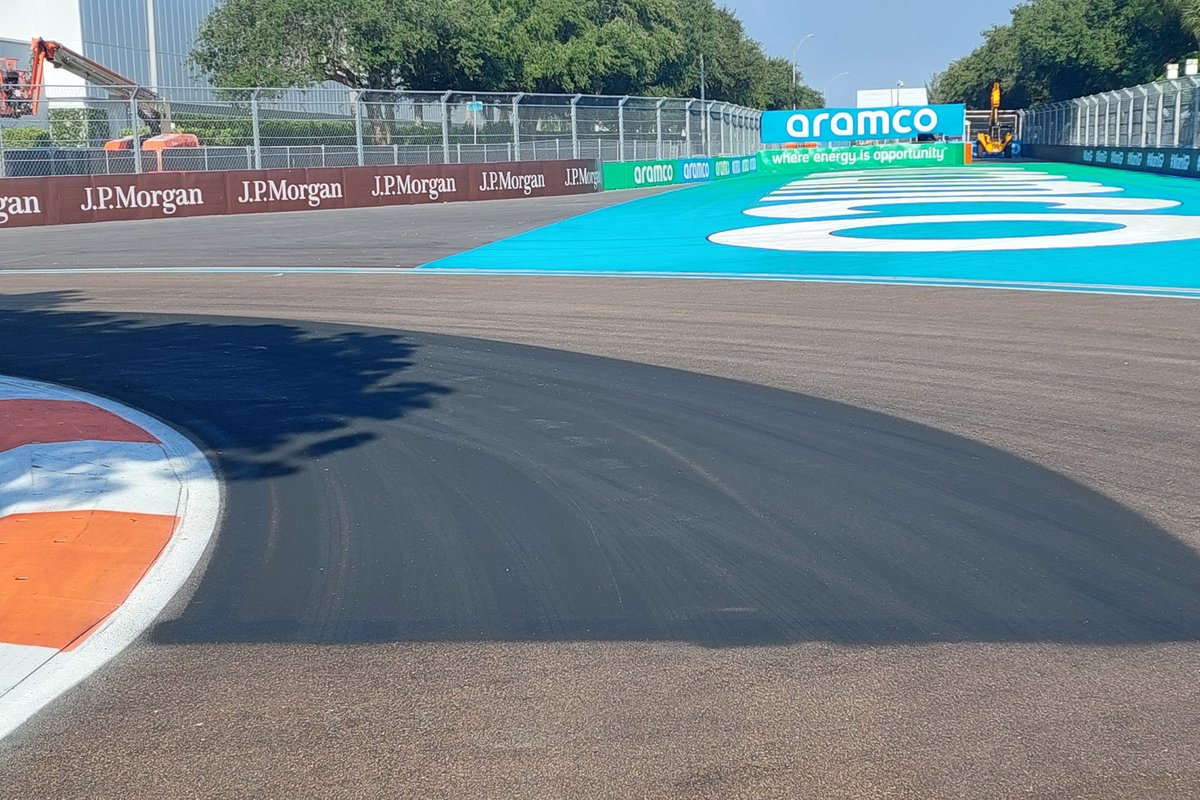 Gasly: Meeting Michael Jordan the “best experience of my life”