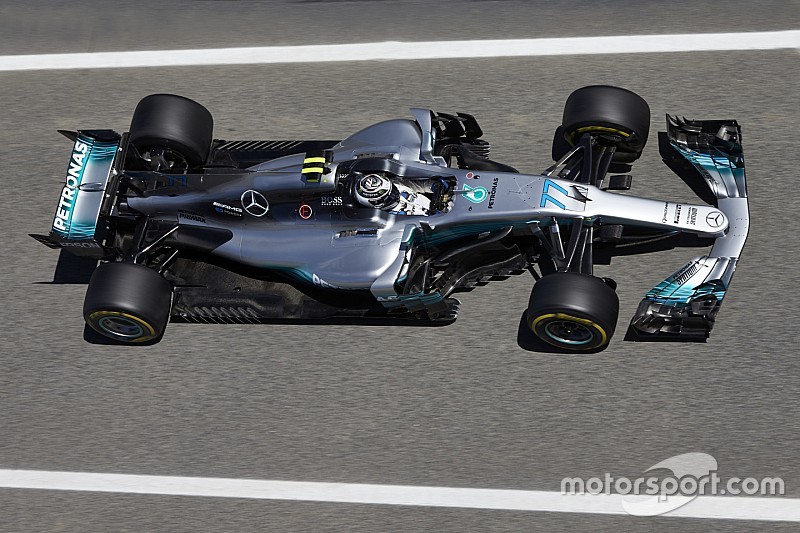 Valtteri Bottas is confident that Mercedes will not be at a disadvantage against Ferrari at the Monaco Grand Prix because of its longer wheelbase car.

Mercedes has elected for a slightly different concept to Ferrari this season, believing that a longer wheelbase is more beneficial over the course of a full campaign.

The design should be particularly advantageous in long high-speed corners, but it could make things more tricky at venues with tight and twisty corners like Monaco.

However, despite things being so close between Mercedes and Ferrari that small details count more than before, Bottas has faith that his team can still be strong challengers around the streets of Monte Carlo.

His confidence is based on the strong performance Mercedes showed in the tight final sector at the Circuit de Catalunya over last weekend's Spanish Grand Prix.

Asked by Motorsport.com if the team was braced for a tougher time in Monaco because of its long wheelbase, Bottas said: “No, I think here we have shown strong performance in the last sector [in Spain].

“That is all about slow speed corners and corner sequences, which is all about Monaco, so I think we have all the chances to be very strong there.

“We expect again being close to Ferrari, and potentially the grid will be tighter with less straight lines so maybe Red Bull can be strong as well.

“But I think we have all the opportunities for a good weekend, so I don't feel we are at all on the back foot going to Monaco."

The final sector of the Barcelona circuit is often viewed as a good indicator for potential of the Monaco Grand Prix – because it sequence of tight corners require the same change of direction, traction and braking demands at Monte Carlo.

A look back at qualifying for the Spanish Grand Prix highlights just how Mercedes has little to fear from slow speed demands.

Below are the best times for each car through sector 3 at Spanish GP qualifying.

The Monaco GP will be a particularly fascinating one for Bottas, whose own hopes at the venue in recent years have been hampered by his previous team Williams never being particular well suited to the street track.

He added: “Monaco has been okay but, always as a team with Williams, we have always been struggling massively in Monaco, so I haven't had the car yet to be fighting for top three places like now. So I think anything is possible.

“It's a track with high importance for qualifying and race with no mistakes, so definitely I will again as always take whatever points and things I can learn from the last weekend and do the maximum on that.”