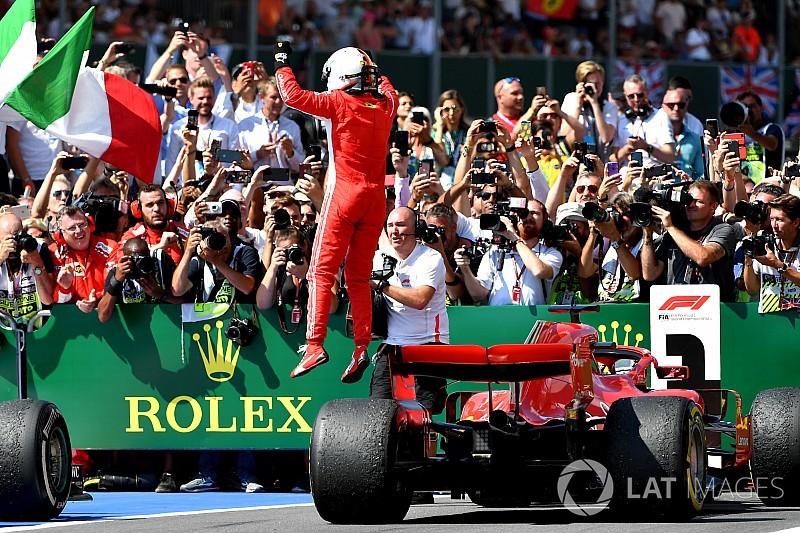 Good morning. Welcome to your morning Motorsport F1 Debrief from a thrilling British Grand Prix that had plenty of action during the race, and a fair bit of controversy after it. Here’s your quick catch-up of all the big news... 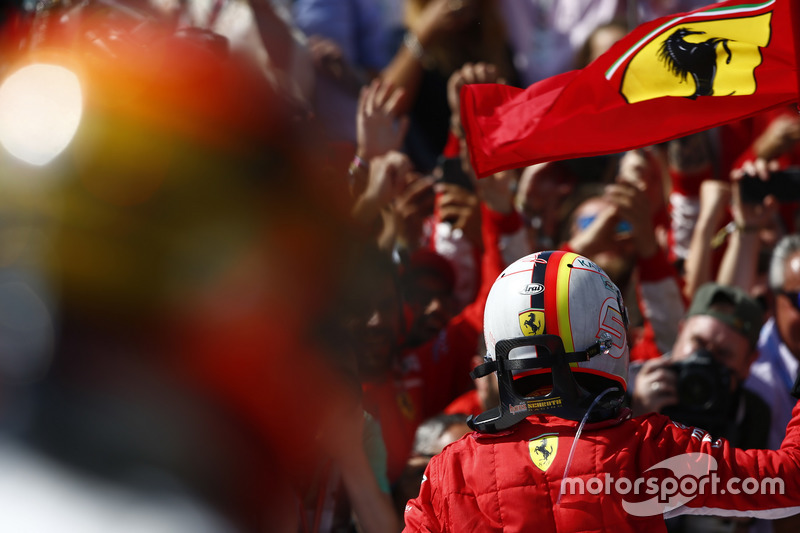 Sebastian Vettel’s radio comments in Italian on the slow down lap at Silverstone – about striking at Lewis Hamilton and Mercedes’ home race – told their own story about what a monumental moment it was for Ferrari to win the British Grand Prix.

Buoyed by his home crowd, Hamilton had appeared emotionally drained after qualifying on pole position with a brilliant lap on Saturday that once again showed there is almost nothing separating the performance of F1’s two biggest teams.

But Hamilton’s race was defined by the first lap, where a hit from behind by Kimi Raikkonen pitched him off the track at Village corner and facing a recovery from dead last all the way up to second.

He was certainly helped by two safety car periods, but this was clearly a day of massive damage limitation. 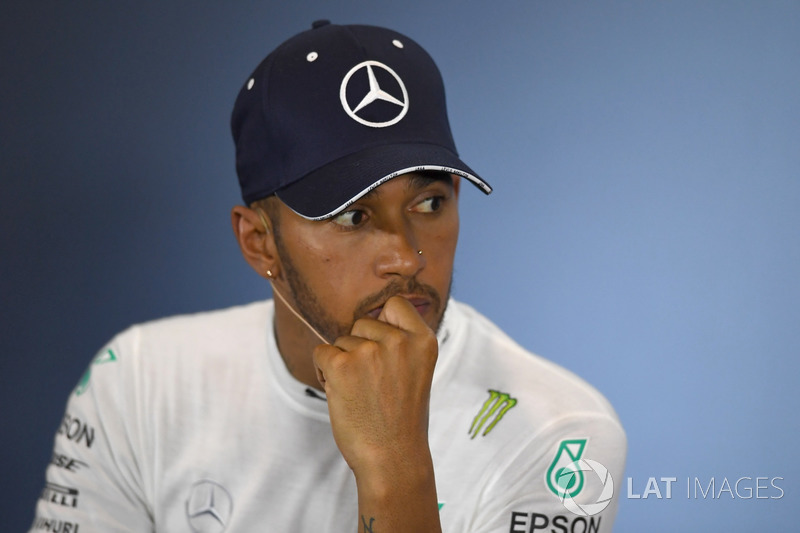 With Formula 1’s title fight looking incredibly close, it was inevitable at some point that tensions between Ferrari and Mercedes would boil over.

That moment came after Silverstone when Mercedes sewed seeds of doubt about whether there was more than met the eye to Ferrari’s collisions with its own drivers. Sebastian Vettel’s smash with Valtteri Bottas in France, and Kimi Raikkonen’s clash with Lewis Hamilton at Silverstone, appeared to some to be more than just a coincidence.

Up on the podium, Lewis Hamilton suggested that Ferrari had put into play some ‘interesting’ tactics, while Mercedes motorsport boss Toto Wolff said the team was asking questions to itself about what has been going on.

“It is a lot of constructor points. In [technical director] James Allison’s words, 'do you think it is deliberate or incompetence?' So this leaves us with a judgement.”

Later on, Niki Lauda said he was not too impressed with what he had seen.

"The accident was unfair basically, because it's the second time a Ferrari hits us in the first corner, and it's not funny. But that's the way it is." 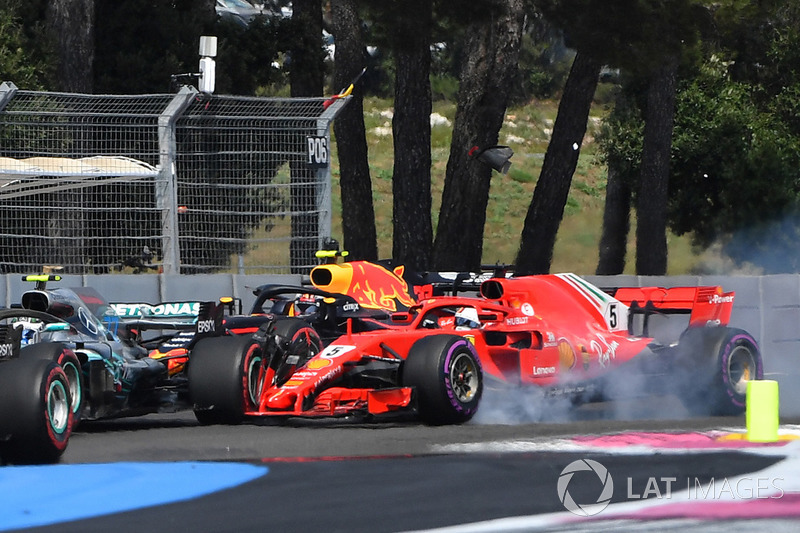 Ferrari’s drivers were unimpressed about such talk – and seemed a bit surprised in the post-race press conference that what it believes were two unfortunate mistakes had been blown up into something bigger.

Vettel said: “Why? Things can happen. It's quite silly to think that anything that happened was deliberate. I, at least, would struggle to be that precise and take somebody out.

"In France I lost my wing, so I screwed my race. I think it's easy to attack and have a great move and easy to have an incident.”

For Raikkonen, who had earlier apologised for the Hamilton incident, there seemed to be nothing unusual to what had happened after he had locked up a wheel.

"Funnily enough you start blaming us but I locked up a wheel and unfortunately we touched,” said the Finn.

"That's how it goes sometimes. It's easy to say after the last couple of races but we've been hit plenty of times in the past." 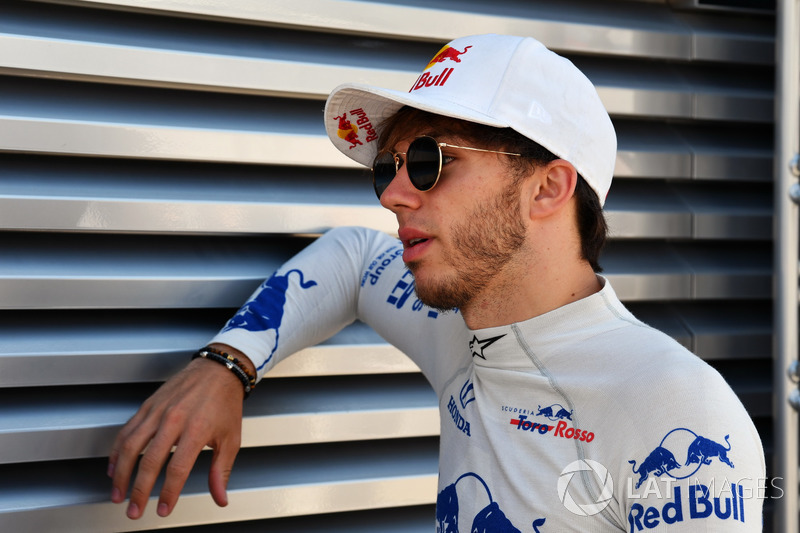 Mercedes and Ferrari weren’t the only teams to have controversial collisions – as Toro Rosso and Force India also came to blows late on.

Pierre Gasly and Sergio Perez were battling for the final point when they had a light collision at the Vale corner – something which the FIA was not happy with.

It found Gasly guilty of causing an avoidable accident, with Perez having been forced off the track. The Toro Rosso driver was handed a five-second penalty which cost him the final point.

Gasly was far from happy with the FIA ruling though, feeling that the incident was just racing.

“It happens sometimes. We have a 2m wide car, on a track which is probably 12m wide, so at some point sometimes you have contact. Clearly this wasn’t a big hit. For me it didn’t deserve to have a penalty.” 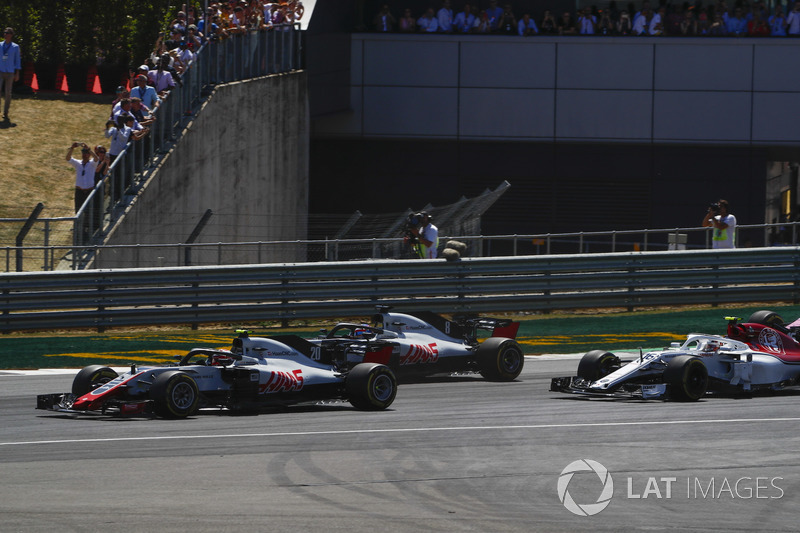 Kimi Raikkonen and Lewis Hamilton were not the only drivers to collide on lap one – with Haas having its duo Romain Grosjean and Kevin Magnussen coming together too.

Magnussen sounded unimpressed on the radio afterwards, with his car’s performance having been hit thanks to a big chunk of his floor missing.

But afterwards, Grosjean confessed to have got it wrong and apologised for the matter.

Haas team boss Gunther Steiner said: “Romain apologised to Kevin, I guess he waited with his braking a little bit too long.

"I think they recovered pretty good once they got the tyres to work, just to deal with that.”

Grosjean’s race ultimately ended in a collision with Carlos Sainz at Copse, and the race stewards ruled that a racing incident as well. 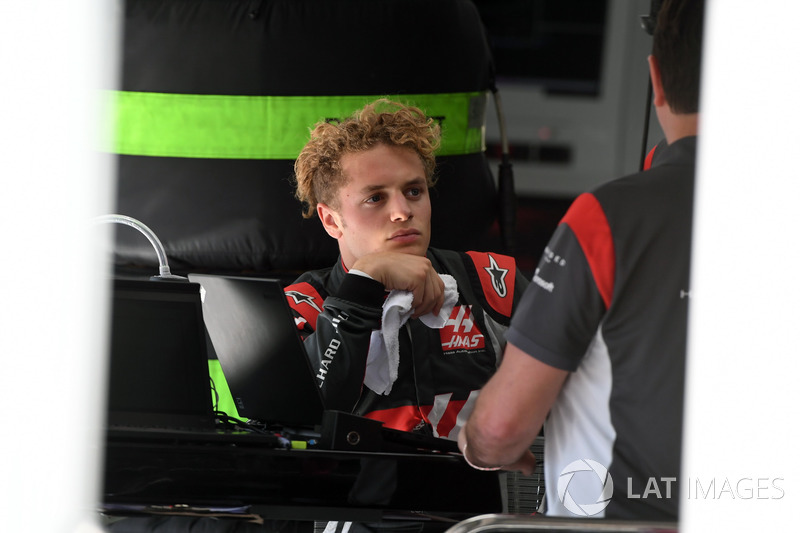 It wasn’t just in F1 that tensions appeared to escalate after the chequered flag, for in F2 some pretty intense action after the race ended up with Haas junior Santino Ferrucci earning himself a four-race ban.

Ferrucci drove into the right-rear of Trident teammate Arjun Maini’s car on the cool down lap after Sunday's sprint race – earning himself a €60,000 fine and a ban for the next rounds at the Hungaroring and Spa.

He was also fined €6000 for driving without a glove between the F2 and F1 paddocks as he held a phone, plus was disqualified from the results of Sunday’s F2 sprint race for forcing Maini off the road.