Formula 1 will have a replacement medical car crew at this weekend's Turkish Grand Prix after its regulars tested positive for coronavirus.

Medical car driver Alan van der Merwe and doctor Ian Roberts have worked together for many years, and most famously played a key role in helping Romain Grosjean escape from his fiery crash at last year's Bahrain Grand Prix.

But during pre-event testing before they travelled to Istanbul, it was revealed that both had been struck down with COVID-19.

A statement from the FIA confirmed that their diagnosis meant they could not take up their normal duties.

"[Both] tested positive for COVID-19 prior to travelling and are therefore self-isolating and will not attend the 2021 FIA Formula Turkish Grand Prix," said an FIA spokesman.

Should van der Merwe and Roberts recover quickly then they could be back in action for the following race in Austin later this month. 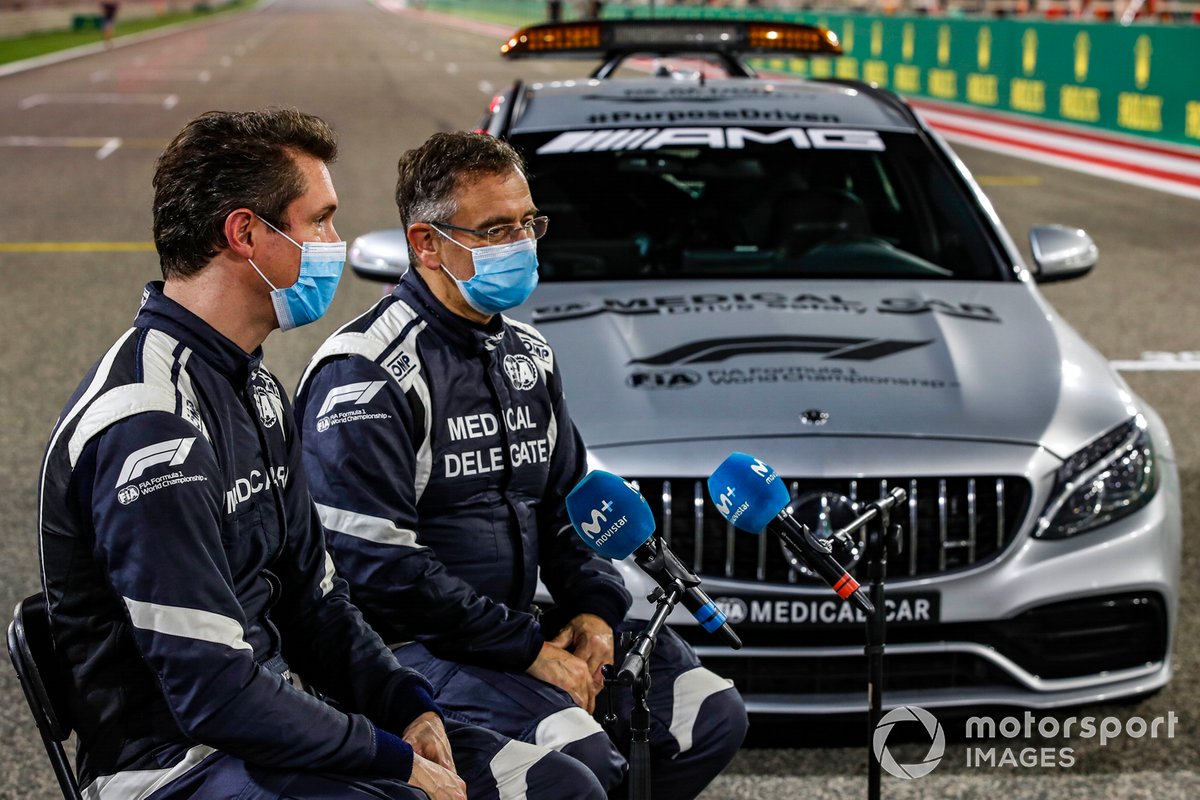 F1 has undertaken a massive testing programme for coronavirus as part of the protocols it introduced ahead of the delayed 2020 season to ensure that racing could continue.

All personnel wishing to attend races need to undertake pre-travel COVID tests, as well as further evaluations over each grand prix weekend to ensure they do not transmit the virus if they have caught it.

F1 has so far managed to contain any major outbreak in the paddock, with swift action ensuring that if anyone does test positive then all close contacts are put in to self isolation.

Van der Merwe is a former British F3 champion who was a part-time test driver for the BAR F1 team. After competing in A1 Grand Prix and sportscars, he became the official medical car driver from 2009.

Roberts is driven in the medical car in his role as F1 Medical Rescue Coordinator, a position he took up during 2013. He was previously the chief medical officer at Silverstone, so fulfilled that role at the British Grand Prix many times too.