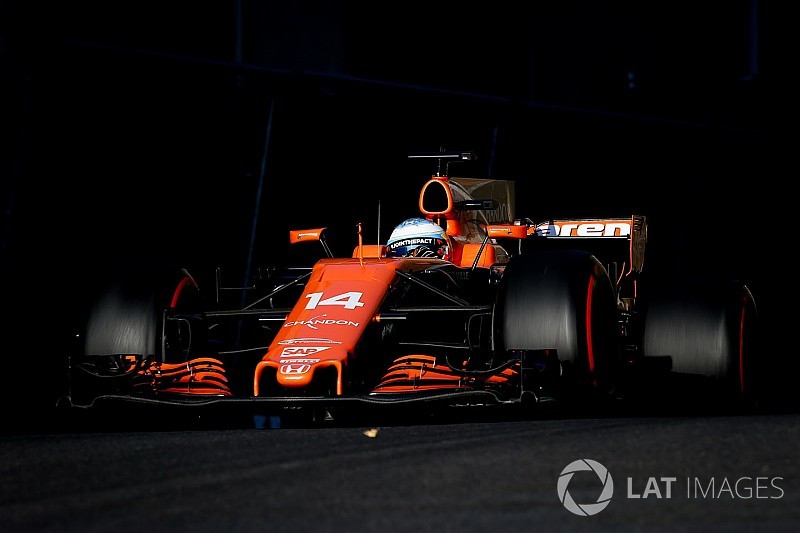 Honda has confirmed that its 'Spec 3' engine will be used by McLaren duo Fernando Alonso and Stoffel Vandoorne at this weekend's Austrian Grand Prix.

The Japanese manufacturer tested the updated power unit with Alonso during Friday practice at the Azerbaijan Grand Prix last month, and was encouraged by the straightline speed performance boost it delivered.

But with the version having not been fully mapped, and a spate of grid penalties meaning Alonso was set to start from the back of the grid anyway, a decision was taken to revert him to the older Spec 2 for qualifying and the race.

Even without the extra power boost, Alonso was able to take McLaren's first points of the year with a ninth-place finish.

Following successful work at Honda's facilities in Japan, however, the car manufacturer has given the green light to the new engines being used by both McLaren drivers for the Red Bull Ring weekend.

Honda's F1 chief Yusuke Hasegawa said in a team preview on Monday: "At the previous round in Azerbaijan, we were able to bank our first points of the year and I think it brought some brightness into our team.

"We also tested the updated PU, the Spec 3, with Fernando on Friday and we were able to confirm some progress in terms of the power output.

"We have proceeded with the mapping back at the factory utilising the data we collected, and we are going to bring the Spec 3 for both drivers this weekend.

"I think we have some improvements in our competitiveness and I am looking forward to seeing our performance in Austria."

McLaren racing director Eric Boullier said that further updates to the chassis should help lift the team up the grid in Austria, which is not as power-sensitive as recent events in Canada and Baku have been.

"There's been no let-up in our development push all season, and, while the result in Azerbaijan was nothing to truly celebrate, it was a sign that we are working well and able to capitalise whenever an opportunity presents itself," said Boullier.

"With a number of improvements planned for the Austrian weekend, not least the proposed new Spec Three power unit upgrade from Honda, I'm hopeful that we'll be in a position to get amid the other midfield runners and take a useful step forwards."