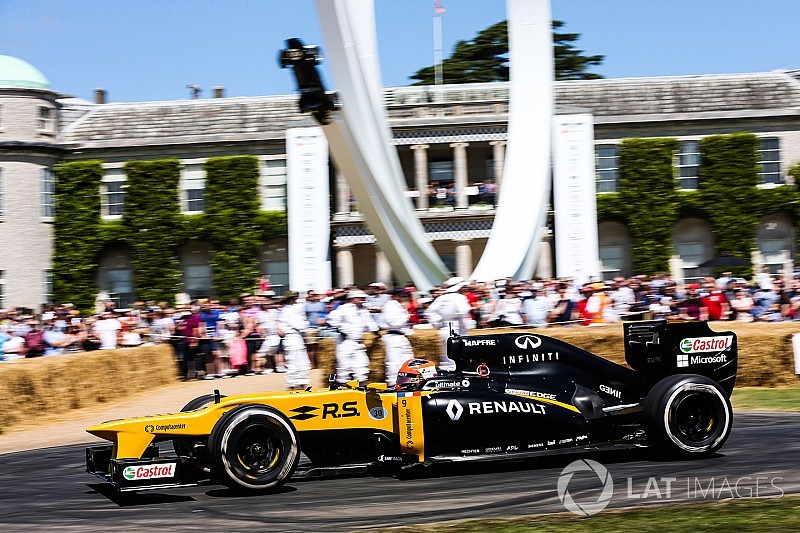 Robert Kubica believes there is an "80 or 90 percent" chance that he will return to Formula 1 following his test with the Renault team.

The Pole, who had to leave Formula 1 after sustaining severe injuries to his right hand and arm in a rally accident in 2011, completed his first test in F1 machinery last month at the Valencia circuit.

Kubica drove a 2012-spec Lotus E20 and, according to Renault, he performed strongly enough to think an F1 comeback was possible.

Motorsport.com understands Kubica will get a second outing with Renault later this month at an undisclosed venue.

The 32-year-old said his optimism about a possible return to the sport has been boosted since the test.

"If you asked me how much I was realistically thinking that coming back to F1 was possible [before the test], I would have put myself up to 10 or maximum 20 percent chance," Kubica told Auto Express.

"Because the clock is running - not just the classification, but also [I am] getting older. F1 is going so fast that some people forget - not everyone, but some.

But, when asked what the chances of a return were now, he said: "Because I'm very realistic, and I'm keeping my feet on the ground, I'd put it at 80 or 90 percent."

Kubica admitted he was right at home when driving the E20 car in Spain, saying he felt like he had not been absent for six years.

"You build up your own question marks, based on how you know yourself and your body, and then if you'd asked me about them after even the first run at Valencia, they were gone, gone, gone, gone," he said.

"Then it becomes much easier than I thought. This gives you good confidence and puts you in a completely different level - of trying to have a better feeling in the car and better performance.

"Once my comfort, or let's say limitation things, were gone in three laps, I could concentrate on trying to get back to the proper rhythm. I'm surprised how it felt; it felt for me like I hadn't driven for one month, not six years."

The Polish driver insisted all the question marks about how he could perform in an F1 car are now gone.

"My first target was to see if I could be capable of doing it," he said. "So this is more or less done.

"Second, let's say, realistically talking, is raising the game slowly and step by step. F1 is a tough competition and I have been away from racing a long time.

"I think most of the question marks I had are gone, and I'm very comfortable with it.

"Actually it was a huge relief for me because this test would have been a case of, 'Yes, I can do this' or 'No, I have to close the door on F1 forever'."