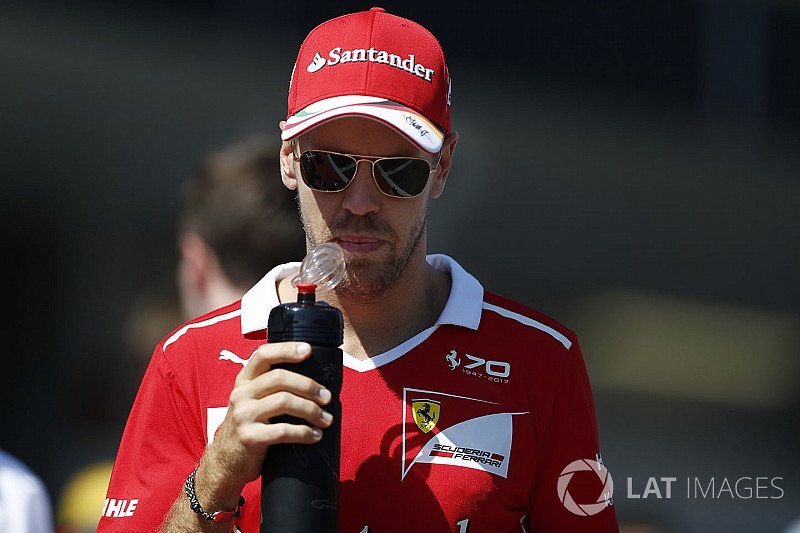 The FIA's decision to not take further action against Sebastian Vettel for his clash with Lewis Hamilton at the Azerbaijan Grand Prix has proved almost as controversial as the incident itself.

On one side of the debate are those who think Vettel has got away with his actions simply because of a late apology.

On the other side are those who believed that the German already served his punishment in Baku so F1 is right to forgive, forget and move on.

But irrespective of the various opinions floating around, the clash with Hamilton and the fallout over the last week has brought up some big issues that may need addressing as F1 gets back to business in Austria this weekend.

Should 'sorry' be the easiest word? 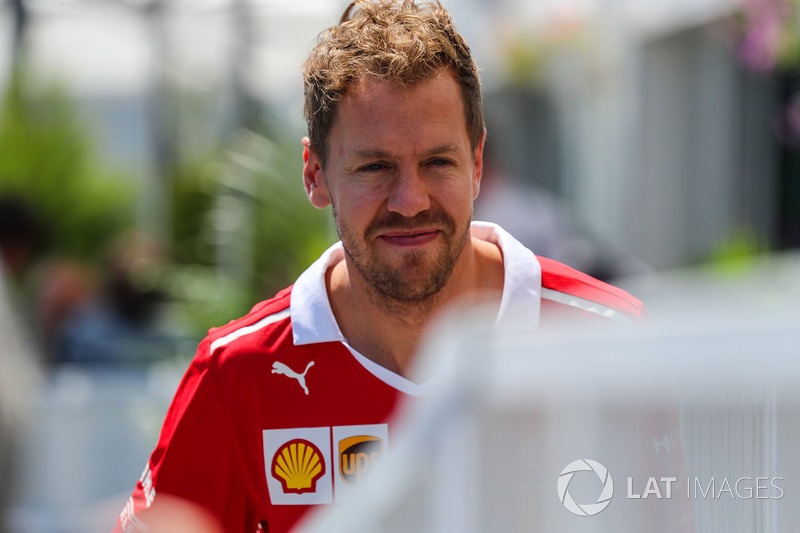 The key thrust of the reasoning for FIA president Jean Todt's decision to draw a line under the matter was that Vettel himself admitted full responsibility, and apologised for what had happened.

But should saying sorry – especially when that regret comes only after you are at risk of further sanctions – be enough?

After all, on Sunday night in Baku neither Vettel nor Ferrari showed any remorse for what happened, and even questioned the decision to get a penalty at all if Hamilton had not been sanctioned himself.

But precedent would now seem to suggest that saying sorry is enough to escape punishments, with Vettel having also been let off for his outburst against Charlie Whiting at least year's Mexican Grand Prix in light of some apologies he made after that race.

The FIA could find itself in a tricky situation in the future if drivers view these two Vettel affairs as a green light to behave as bad as they want on track, if they know that simply putting their hands up afterwards and apologising is enough to escape a slap over the wrists.

Is it time for the FIA to overhaul decision-making process? 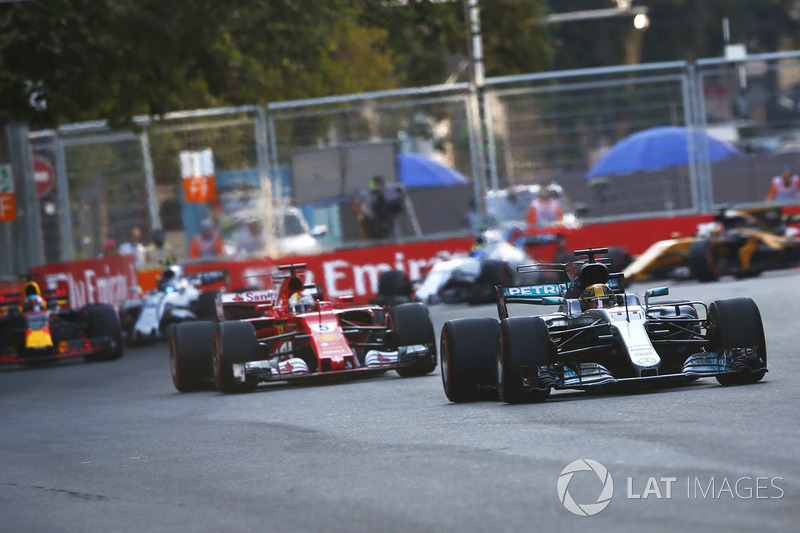 One of the reasons why the FIA may have preferred to avoid taking the matter to its International Tribunal is that it would have opened up a lengthy legal process that would have overshadowed F1 for the next few months.

Even after the hearing, there then remains the possibility of the matter going to the International Court of Appeal, which could take several more weeks. In a worst-case scenario, this affair could have dragged on until late summer, something that would not have been good for F1.

But then that does prompt the question about whether there is a case for the FIA's disciplinary process needs to change, especially when it comes to incidents like Vettel's Mexican GP outburst and the Baku safety car swipe.

Should there be the creation of some form of panel of experts that could be brought into play to make fast-track judgements on the rare occasions when controversial incidents prompt a post-race investigation? 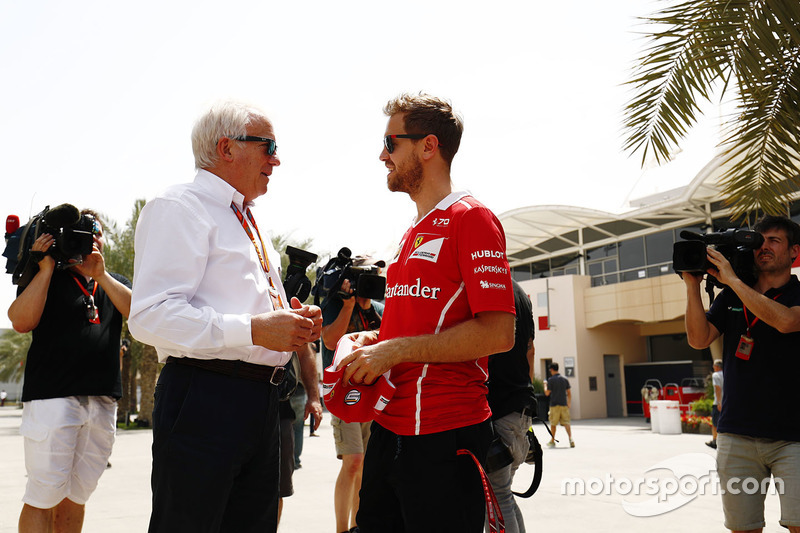 The Vettel incident in Baku has served to divide fans incredibly, with almost everyone having a strong opinion about who was right and who was wrong in the whole affair.

But the situation has not been helped by the lack of a full explanation for the reasoning behind many of the decisions made from the moment the incident happened.

In these days of social media and the fast-moving digital world, it is all too easy for speculation to be mistaken as fact – and that then serves up too much misinformation. More transparency of evidence and reasons would be helpful.

The full telemetry readings that the FIA based its initial reasoning that Hamilton did not brake-test Vettel should have been released to prove that the Mercedes driver was innocent.

And what was the official reasoning for Vettel not getting a black flag in Baku? Was it really because he was fighting for the championship, or were there other factors at play?

Too much mystery surrounded Monday's hearing too, with the FIA not willing to release details of who was going to be present at the meeting. Why also only have Vettel and Ferrari present and not the afflicted party Hamilton?

And there has not yet been an explanation of why 'sorry' is enough when the whole reason the investigation was called in the first place was because of fears about the impact the incident could have on motor racing's image and reputation.

The latter does not appear to have been helped by the controversy of the FIA's decision to draw a line under the matter.

It was little wonder then that, in light of such a wall of silence, that a 'fake news' FIA press release was able to get traction on social media and even get picked up by some national newspapers as being official.

F1 needs to do more to give all the facts to fans so they can form well-considered opinions, not those that are clouded by only ever getting half a story. 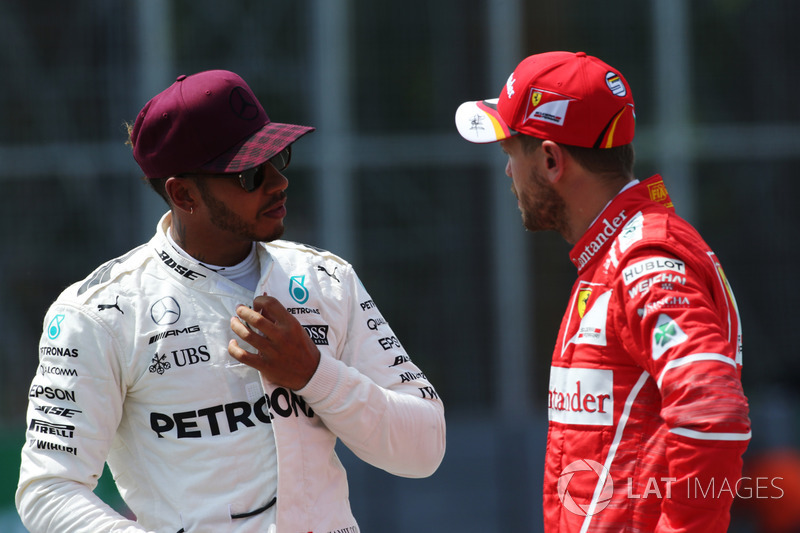 In sporting terms, absolutely. Whatever the rights and wrongs of the FIA's decision and what Vettel did in Azerbaijan, the incident should not be allowed to overshadow what is turning out to be a fantastic F1 campaign.

Let's also not forget that Vettel did not get away scot-free. He was given a 10-second stop-go penalty and had three disciplinary points added on to his superlicence. If he gets three more points at this weekend's Austrian Grand Prix, then it will mean a race ban for Silverstone.

The Baku incident and its fallout has not robbed fans of any sporting spectacle in future races. In fact, it has done the opposite: it has added an edginess to the campaign that wasn't there before when Vettel and Hamilton were initially locked in some kind of 'bromance' about their mutual respect for each other.

Sport thrives when there is a proper head-to-head and passions are raised, although sporting fairness must always take precedent. Let's hope lessons about overreacting have really been learned and that Hamilton-Vettel duel becomes one for all of us to behold.

Judging by the huge interest that the Vettel affair has driven, there are going to be plenty of eyeballs on F1 for the next few races, and that is something we can at least all celebrate together.