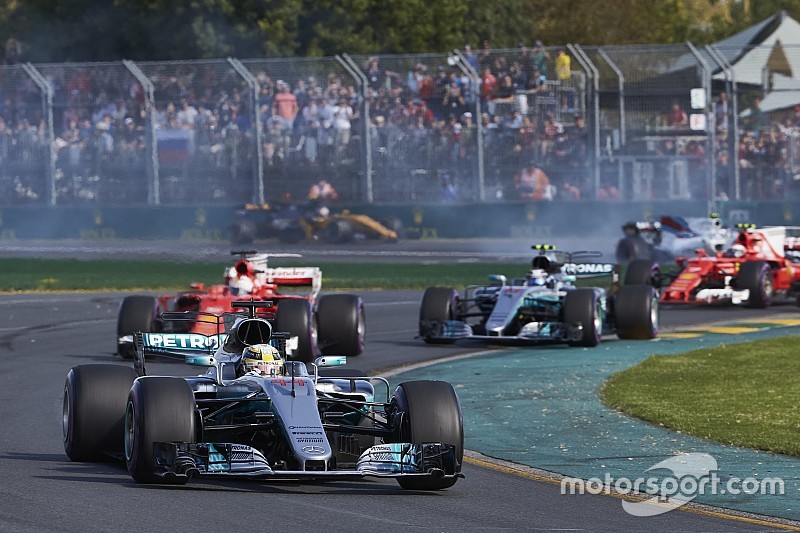 Formula 1 is back to being "authentic" thanks to the 2017 cars leaving drivers happy and challenged again, claims GPDA chairman Alex Wurz.

With the bigger wings and larger tyres set to result in cars smashing lap records this year, drivers have talked about the new generation of machinery being much harder to take to the limit.

And after the hard-fought season-opener in Australia – which swung Sebastian Vettel’s way after Lewis Hamilton got trapped behind Max Verstappen – Wurz is in no doubt that fans should celebrate the fact they are seeing genuine racing again.

The Austrian, who has been in charge of the GPDA since 2014, says his feedback from drivers is encouraging – even though he admits some areas, like the gap between teams, could be improved.

“The drivers like the cars,” Wurz told Motorsport.com. “It is authentic and that comes across, which makes it much easier to sell.

“If you hear a multiple world champion short of breath on the radio, because he is pushing and he can push all the time, that doesn’t require anyone to explain that it is physically tough and challenging to drive.

“Every lap they were pushing. That is cool. So I think the direction we are going is definitely one that is good.”

Although happy with how the cars have developed, Wurz does admit that there are areas that F1 should be looking to address – like the gap between the top three teams and the rest.

“If I would have a wish list, I would say that if we manage now to get the field a bit closer together in terms of first to last and the top teams, that will bring a bit more competition,” he said.

“And then the excitement will build up itself, so it will be competitive, authentic and exciting. We are heading in this direction.”

He also believes better use of camera angles and on-board shots are essential to make the sport more exciting.

“The TV feed is already better because they have an on-board camera that shakes a bit, so the perception is it is faster, the cars are faster - you can see it,” he said.

“If the TV feed would go away from the old-school business model of big wide opened lenses to have few very fast shots, to capture the speed of the car for the eye, I think with these things, the sport will go in the right direction. And then it is up to the new owners to promote and promote and promote.”

Wurz is well aware of the unease among fans that the lack of overtaking in the Australian GP has prompted – but thinks that the issue of passing a complicated one.

“I can immediately understand that some guys say we cannot overtake, but this [subject] is often debated,” he said.

“No one in the world can think that if we have the best guys in the cars that we all want, to be closer together in terms of competitiveness, with one not being very far ahead and without having artificial interference into this game, that overtaking will be easy.

“But if we look back to the 2000s, when people said the racing was so boring, and overtaking is so difficult: it was the most popular period of F1 because it was authentic, and cool.”