Honda admits the current MGU-H design on its Formula 1 engine is only strong enough to last two races, after suffering more "unacceptable" reliability problems at the Monaco Grand Prix. 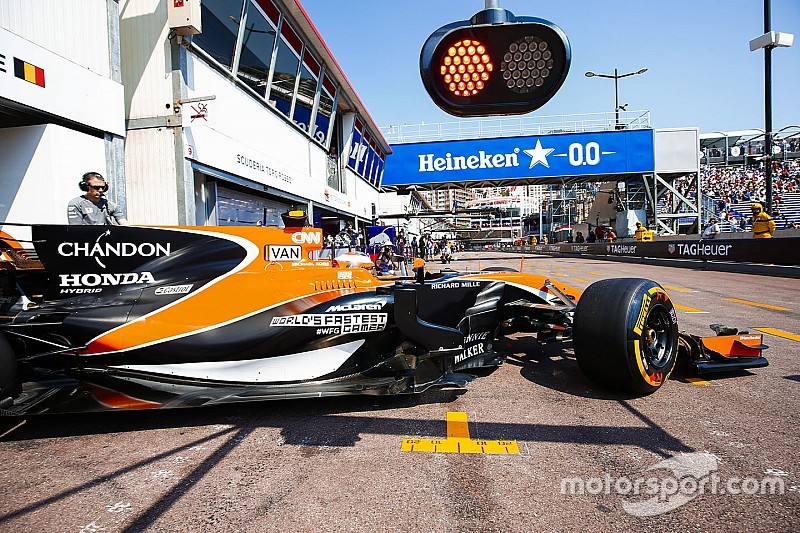 Jenson Button qualified ninth in his one-off return to F1 in place of Fernando Alonso in Monte Carlo, but will drop to the back of the grid after collecting a 15-place penalty because Honda decided to change the turbo and MGU-H on his engine after Thursday practice.

Honda is not yet sure of the exact cause of the problem, which its F1 chief Yusuke Hasegawa says relates to the "rotation of the bearing" on the MGU-H.

The MGU-H design was modified for reliability after McLaren-Honda suffered several failures during round three of the championship in Bahrain in April.

Although Honda cannot be sure this latest problem is related, Hasegawa says the behaviour of the component is similar, which shows the design is still not robust enough to last more than two grands prix.

"Every two races we need to change – that is not acceptable," Hasegawa told Motorsport.com. "We think we need to have more modifications for robustness, with the rotating parts especially.

"Currently we are controlling some temperatures or behaviour. We can manage the reliability. This time it did OK [mileage wise], but still we are having some issues for reliability."

Knowing that a grid penalty in this race would spell disaster for McLaren's prospects of scoring points at the circuit where it stands its best chance yet in 2017, Honda was initially reluctant to change engine parts.

But after discussing the situation "very carefully" with McLaren, Honda decided it was "too risky" to attempt to make the original component last the distance.

"After running FP2 we normally check every rotation part – engine, MGU-H – and we saw the MGU-H rotating a little bit odd for a normal situation," Hasegawa explained.

"We discussed things with the Japanese side and we decide to change on Friday morning. That is a 100,000rpm part, and if we feel something strange, it never lasts. It had some chance, but it's not worth it."