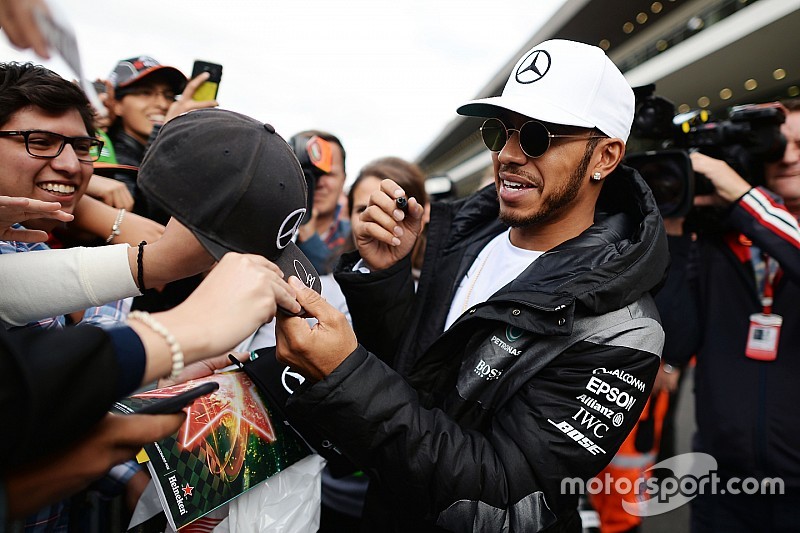 Lewis Hamilton has emerged as Formula 1's most popular driver with fans, and is approaching levels of support not seen since Michael Schumacher was racing.

The results of the 2017 F1 Global Fan Survey were published in Monaco on Friday, and confirmed that Hamilton has edged Fernando Alonso as the driver that most fans like.

Hamilton took 20.7 percent of the votes, which is more than double the level he enjoyed for the last survey back in 2015.

His largest support unsurprisingly comes from Britain, with 47 percent of fans saying he was their favourite driver.

Hamilton's move past receiving 20 percent global support is the first time a driver has attracted such backing since Schumacher's time.

Back in 2006, Schumacher's popularity peaked at 28 percent globally, although this has trimmed back to 19.5 percent in 2010.

Fernando Alonso continued to receive tremendous support from fans despite his competitive difficulties with McLaren, ending up as second overall with 18.3 percent of the votes.

Ferrari duo Kimi Raikkonen and Sebastian Vettel were third and fourth on the overall list.

The full result of the Global Fan Survey will be released later on Friday.