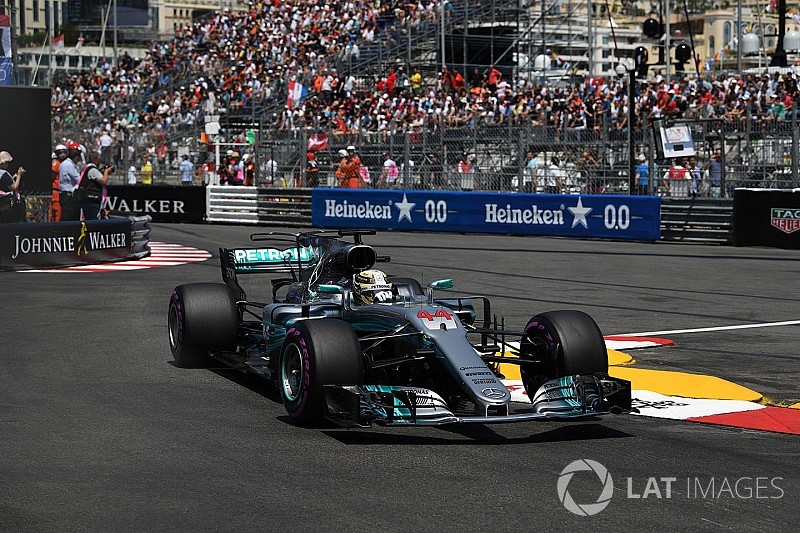 Lewis Hamilton says his Mercedes had the most "unusual" feel he had ever experienced over the Monaco Grand Prix weekend, as his team chases answers for its weekend tyre mystery.

Mercedes was left on the back foot in Monte Carlo as it failed to fully get on top of managing tyre temperatures on the tricky street circuit.

That opened the way for Ferrari to deliver a 1-2 finish that has helped Sebastian Vettel open up a 25-point advantage in the drivers' championship over Hamilton.

While Mercedes does not yet have an answer for what went wrong, Hamilton said the scale of the team's problem was particularly big because of how strange the weekend had been.

"It was not a happy car, that's for sure," said Hamilton. "It was the most unusual way the car has felt in all the years I've been with the team. Definitely a difficult one.

"But I think that doesn't deter the fact that we have a great car. It's just perhaps we didn't hit the nail on the top of the head this weekend.

"So we'll regroup, get the car back to where we know it's comfortable for the next races, try to understand the ultrasoft tyre a bit better and, yeah, come back stronger."

Mercedes motorsport boss Toto Wolff described the W08 as a bit of a 'diva' - in that it was very particular about its operating window.

Hamilton conceded that rivals Ferrari were making gains because its SF70H seemed well-balanced on all types of tracks and in all conditions.

"Ferrari seems to work everywhere, so we've definitely got a serious... you know, these next 14 races will be very, very difficult," he said.

"They've had probably the strongest car all year, a bit like our car last year where it just worked everywhere. This car currently is not working every single race we go to.

"But the more races we do, the more we learn and the stronger we get. We still came away from here with some points. We know that the Ferraris are not bulletproof, they've got things potentially coming up – all the totals [engine components] they've used or potentially used, so we'll see."