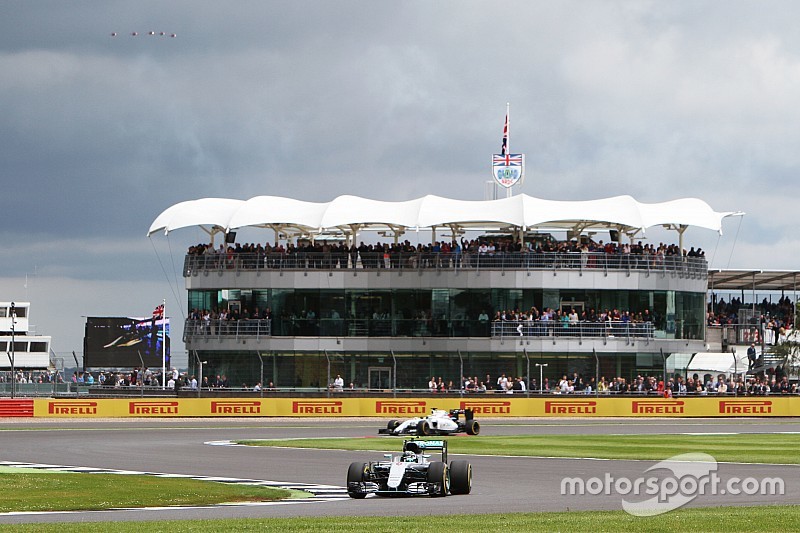 The Formula 1 Group has slammed Silverstone's owners, the British Racing Drivers' Club, for triggering its British Grand Prix contract break clause on the eve of the 2017 race.

The BRDC announced at Silverstone on Tuesday - three days before practice for this year's British GP begins - that its contract with F1 was no longer financial viable and it wanted to exercise its right to stop the deal after the 2019 event.

Though the BRDC wants to use the break clause as a chance to negotiate a better deal, a statement from F1 said its behaviour was 'posturing' and the timing of the decision was unfair.

"The week leading up to the British Grand Prix should be a week of great celebration for F1 and Silverstone," said the F1 Group statement.

"We deeply regret that Silverstone has chosen instead to use this week to posture and position themselves and invoke a break clause that will take effect in three years' time.

"We offered to extend the current deadlines in order to focus on everything that is great about Silverstone and Formula 1.

"Regretfully the Silverstone management has chosen to look for a short-term advantage to benefit their position."

The statement held the door open for talks with Silverstone to continue.

"Our focus is still to preserve the British Grand Prix," it added. "We will carry on negotiating with the promoter in good faith and in private to reach a fair and equitable solution."

Silverstone sale to Liberty "not on agenda"