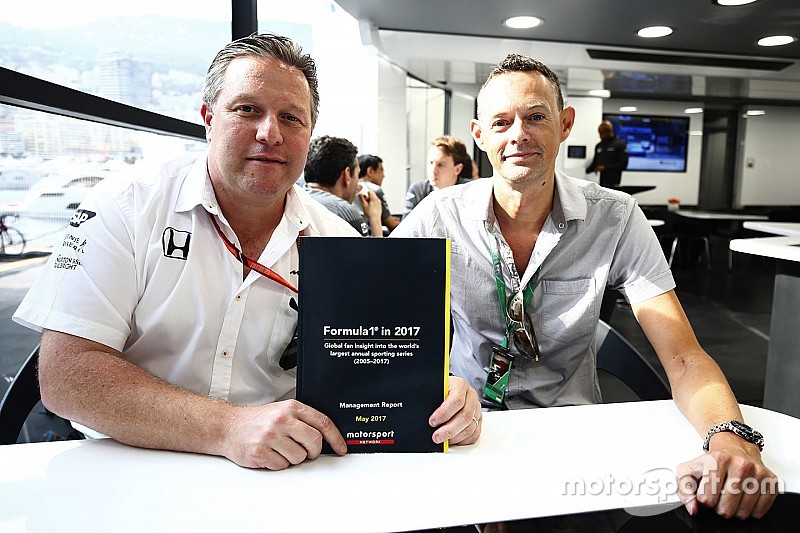 Biggest marketing research project ever conducted in motorsport reports that fans around the world believe Formula 1 is moving in the right direction.

May 26th, 2017, Monaco – Fans of Formula 1 across the globe are optimistic about the future of the sport according to the findings from Motorsport Network’s Global Fan Survey – the largest ever conducted in the sport.

Conducted in 15 languages and receiving fan feedback from 194 countries, the 2017 survey had 215,872 participants – a sample set even larger than the previous 2015 Motorsport Network/Grand Prix Drivers’ Association survey.

The contribution made by the respondents represents more than 25,000 hours of fan feedback to create the biggest motorsport marketing research project ever conducted, and one of the biggest sports surveys of all time.

More than 19 million data points across all aspects of Formula 1 were recorded in the 2017 survey, including the size and demographics of the sport’s audience, fan disposition and attitudes towards the sport, their affinity for races, teams, drivers and their consumption of racing as remote and live audiences.

“This has been a phenomenal exercise – carried out in less than 12 weeks – to generate a highly valuable data resource of exactly what fans around the world think about our sport,” said Motorsport Network Chairman Zak Brown.

“The insights it offers will be the intelligence that can drive Formula 1 forward and we have to thank the legion of fans who have offered us their invaluable opinion.”

Formula 1 enters a period of massive change in 2017 with new technical regulations in force and a changing of the guard in the sport’s management – with US-owned mass-media giant Liberty Media taking commercial control.

Findings from the Motorsport Network Global Fan Survey indicate fans are pleased with the direction the sport is taking. Compared to the 2015 survey, there was a 44 percent increase in fan belief that Formula 1 is ‘the pinnacle of motorsport’, and a 43 percent improvement in the statement that the sport fields ‘the best drivers’.

“Formula 1 entered a period of great change in 2017 and it appears the fans believe the steps taken by the FIA are moving the sport in the right direction, and they are also encouraged by F1’s new owners, Liberty Media. These research results and the sentiment of the fans mirror our belief here at Motorsport Network,” Global Editor-in-Chief, Charles Bradley said.

“As the world’s biggest motorsport media network, we feel a sense of responsibility to help the sport in any way we can and we believe conducting research like this will certainly play a role in helping Formula 1 to reach even greater heights.”

Data from the 2017 survey indicates the average age of the Formula 1 fan is becoming younger and more diverse, with more female respondents than ever before. However, the declining availability of free-to-air television coverage is having an impact – fewer fans are watching the sport regularly compared to the 2015 survey.

The survey results show Lewis Hamilton’s popularity has doubled since 2015; he now commands a level of global fan support not seen since that enjoyed by the great Michael Schumacher. Hamilton was voted as the most popular driver in Formula 1 – beating Fernando Alonso and Kimi Raikkonen.

Ferrari has strengthened its position as the world’s favourite F1 team in the latest survey, with nearly one-third of the global fanbase ranking it at #1. Ferrari’s support is almost double that of its nearest competitor, Mercedes.

“Nielsen Sports is delighted to once again have worked with Motorsport Network in engaging with Formula 1 global fan base and providing them with a platform to have their views heard,” said Nigel Geach, Senior Vice President, Motorsport, Nielsen Sports.

“Building on our work we started back in 2010; the response has once again been overwhelming. The wealth of data collected, provides a rich and invaluable source of information for the whole of Formula 1 to consider and analyse.

“It is certainly one of the biggest surveys we’ve ever done in sport and undoubtedly the largest ever undertaken for any form of motorsport.”

Other “fast facts” from the 2017 survey include: