F1 explains plan for active aero to improve racing for 2026

Formula 1 is looking at using active aerodynamics under the 2026 technical regulations to make up for the downforce lost when behind another car to improve following performance.

F1 overhauled its technical ruleset for the 2022 season in a bid to reduce the amount of downforce lost when cars were following each other, allowing them to get closer and attempt more overtakes.

The changes were widely praised by the F1 drivers, while Pirelli reported the number of overtakes in F1 had risen from 599 over the 2021 season to 785 last year.

But attention is already moving towards the next major technical rule changes, due in 2026 when F1 also introduces its next generation of power units.

Active aerodynamics are being evaluated as a way to improve the efficiency of the cars, but they could also be used to influence the competition on track and stop runaway wins.

Speaking at Autosport International last week, F1 chief technical officer Pat Symonds said the following performance of the 2026 cars would be "even better than the '22 cars".

DRS is set to remain part of the rules package, but Symonds explained how the active aerodynamics could be used to augment downforce and make up for the amount lost when it is closely following a car in front.

"DRS is drag reduction. What I've always felt we should do is have downforce augmentation. Because what does the car behind do? Yes, it loses some drag, but what really holds it is the fact it lost downforce. 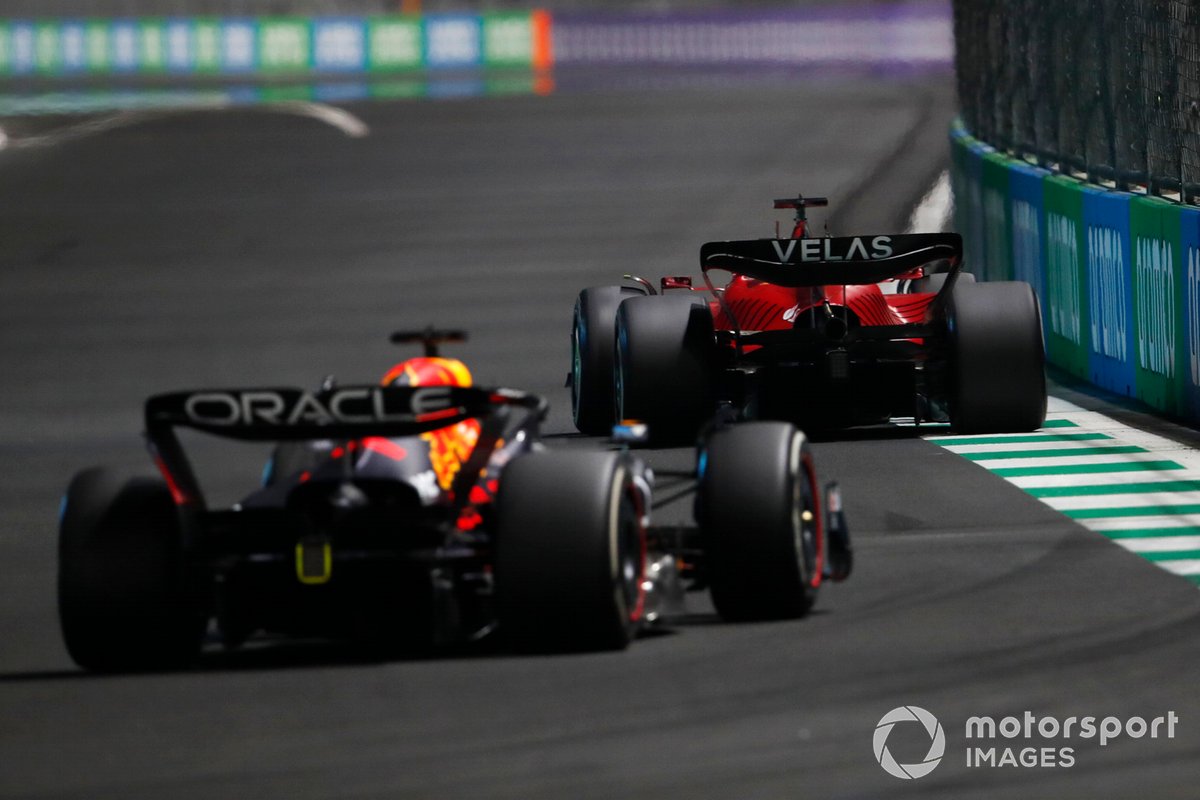 "Our idea now is to augment the downforce back to where it should have been if the leading car wasn't there."

The target would be to allow for even closer on-track battles, which Symonds said was the focus as opposed to ensuring there is an overtake.

"Everyone talks about overtaking, but for us, overtaking was the end of the battle," said Symonds.

"It's the battle that's interesting, it's the unpredictability - is he going to get past? And I know a lot of people criticise DRS, and that was the trouble with DRS, it can make a pass too easy.

"Conversely, when you don't have it, the Imola race when the FIA were very reluctant to activate DRS, you do get some dull races. It's a matter of getting it right."

Teams are set to be presented with a first look at the planned chassis regulations for 2026 at a meeting later this month.

Although Symonds said the 2026 car would be "quite conventional", he revealed the technical team started with a blank canvas that saw it explore a number of radical avenues.

"When we studied the '26 project, we did have another clean sheet of paper, and we investigated all sorts of things," he said.

"We actually went right back to a skirted ground effect car to get some kind of idea where the ultimate was. We looked at fan cars, all sorts of weird things.

"But the '26 car will be quite conventional, because that's the way we want it to be."