An original plan for a 22-race schedule had to be abandoned because of the coronavirus pandemic, and in the end the revamped schedule was cut down to 17 races.

The reduced opportunity to score points means that, with the entry fee based on the final points standings, everyone's costs have come down.

As part of a restructuring of F1's finances in 2013 to help the FIA get some of the sport's income, it was agreed that teams would pay an entry fee based on the number of points scored in the previous season's championship.

The costs can be eye-watering at times, though, and the dominant Mercedes team last year paid the highest ever fee to race in 2020 – a whopping $5,490,812.

For this year the fees have again been laid out in the latest F1 sporting regulations, and appear to be unchanged from 2019.

According to the current version of the rules, the FIA states that each team has to pay a basic entry fee of $556,509, which needs to be submitted when they lodge their application.

For every other competitor, the cost is $5,563 for each point. That needs to be paid this month once the final points tally is in.

While Mercedes will again have to pay out the biggest fee of all the teams after grabbing its seventh F1 world championship title, its smaller points tally means a lower figure than last year.

But Mercedes is not the team that has had the biggest entry fee reduction this year, because Ferrari's disappointing campaign has at least meant a big cut in how much it must pay out to enter.

This year, finishing sixth in the standings with just 131 points, means that Ferrari's entry bill has been cut to $1,285,262.

The biggest loser from the entry fee drop is the FIA, with its earnings cut drastically by the 17-race calendar.

Here then is a full run down of the entry fees teams must pay for 2021, and how they compare to last year. 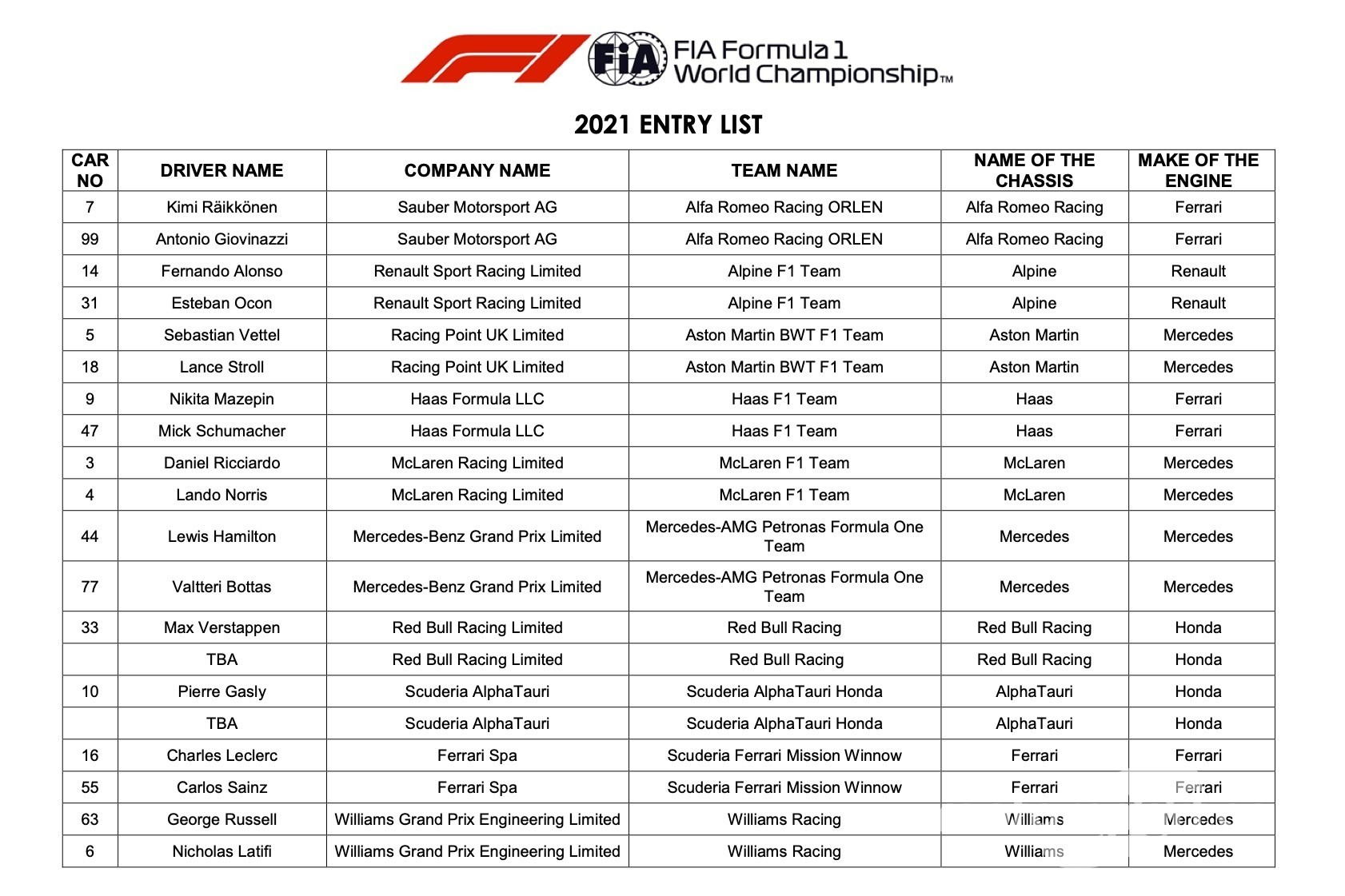