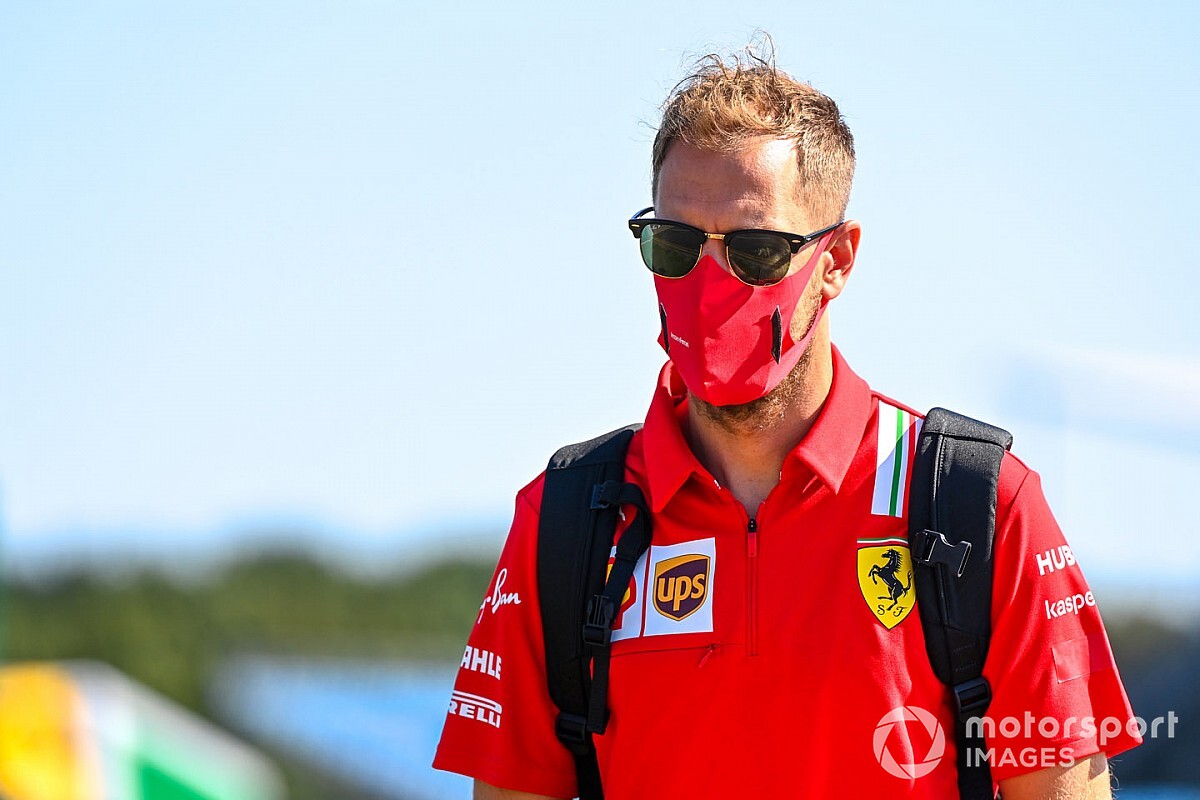 Formula 1 faces an impossible task in trying to prevent drivers from avoiding all risks of catching coronavirus, reckon leading figures within the paddock.

With the grand prix circus left in shock by Sergio Perez’s positive test, which came in the wake of a brief trip he made to Mexico, there has been a fresh focus on whether drivers needed to be more isolated between races.

But Sebastian Vettel says there is only so much that the sport’s bosses can do, and it would be impossible for restrictions to be imposed on locking down drivers between grands prix.

“Well, they can't,” Vettel told C4 about F1 getting stricter in restricting what drivers do. “I don't think you can put somebody in a place and lock them up. I don't know what Sergio did first of all, and second, I hope he's fine.

“But you know, I think it's a serious issue. All we can do is be responsible and make sure you wash your hands, keep your distance. If you can't, then wear this thing [a mask], I guess, and be sensible. And the rest we will see.”

Romain Grosjean, who took a holiday in Greece after the Hungarian Grand Prix, says it is impossible for there to be zero risk for drivers in catching Covid away from the track - especially for those with a family.

“I've got three young kids at home, so I'm very careful on as many things as I can,” he said. “Obviously, you are not safe from having COVID and again, my kids, they go out.

“It's very complicated to ask a two, five and seven year old to wear a mask, and they could possibly give it to me.

“Obviously, we stay as much as we can in our family, but you can't stop them from playing. So I mean, it's just try to do the best you can. But obviously the zero risk doesn't exist nowadays.”

Mercedes boss Toto Wolff said his team had worked especially hard in evaluating all aspects of their protocols to avoid contact between drivers and other people.

“The drivers and the team have decided upon measures to protect them as good as we can,” he said.

“On the track, we’re trying to keep them out of meetings with a lot of people. It’s mostly Teams or Zoom meetings they’re participating in. Outside of the track, it’s just all of us applying common sense in avoiding crowds, restaurants, pubs, or children’s birthday parties.”