Leading Formula 1 drivers have played down the impact the orange haze left by flares lit by Max Verstappen fans at the Austrian Grand Prix had during the race.

Ahead of the formation lap in last Sunday’s Red Bull Ring race, grandstands erupted in orange smoke as Verstappen fans set off flares, and did so again in the closing stages before the finish.

This was particularly prominent at the Turn 6/7 area, with the orange smoke drifting across the circuit and limiting visibility.

However, race winner Charles Leclerc said the flares weren’t much of a problem for him.

“The formation lap [the smoke] was quite a lot,” the Ferrari driver said. But [it was] nothing too bad. I mean, you could still see, so it was fine.”

Mercedes driver Lewis Hamilton – who was critical of cheering from Verstappen fans on Friday after he crashed during qualifying – echoed Leclerc’s comments.

However, the seven-time world champion admitted “you couldn’t see anything” at Turn 6 towards the end of the race.

“Yeah, I would say the same,” Hamilton added following on from Leclerc’s response.

“So, fortunately it wasn’t necessarily the case [that we couldn’t see] during the race.

“But, maybe they should just save them also for the end. I can’t believe they are any good environmentally any good either.” 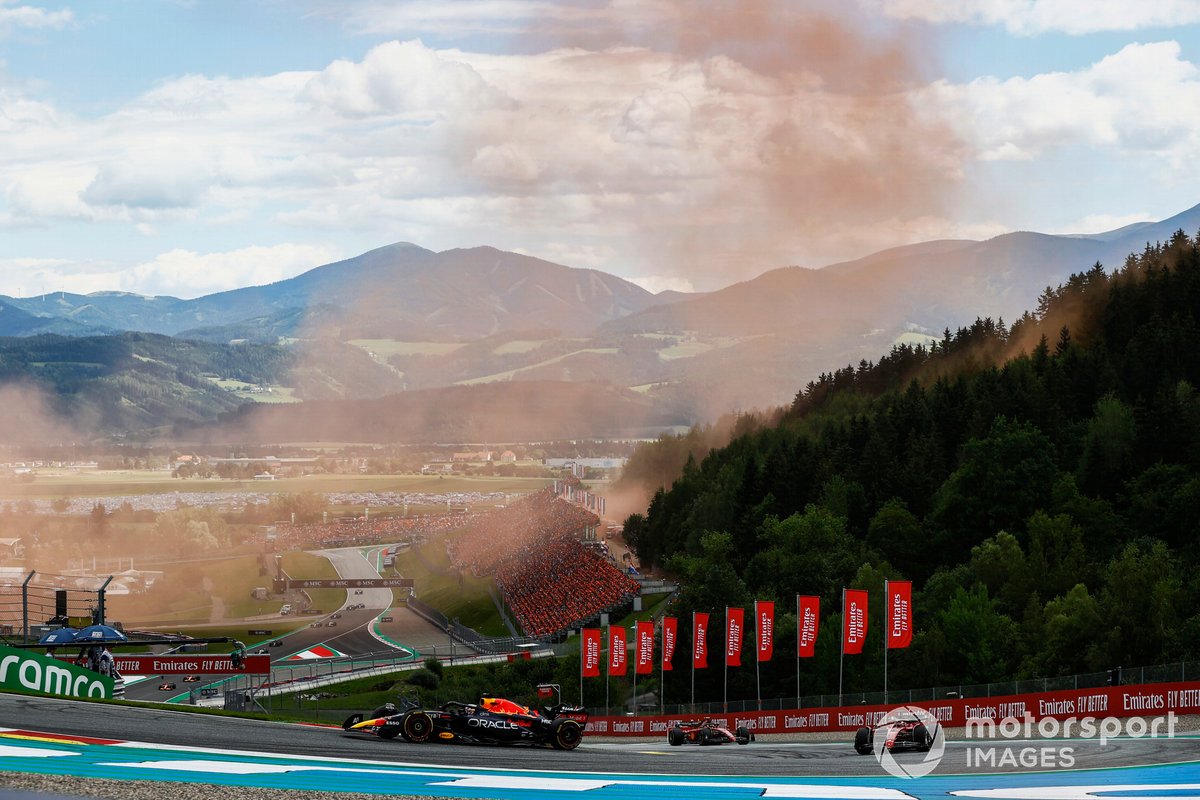 Verstappen says fans shouldn’t throw flares onto the circuit, but otherwise saw no issue with what was happening in the grandstands.

“I saw one flare, like they threw it onto the track, or onto the grass,” the Red Bull driver, who finished runner-up to Leclerc, said.

“I think that’s the only thing they shouldn’t do. But as long as you keep it on the grandstand – I mean, the wind blows it over the track for like one lap, so it doesn’t arrive within the track – I think it’s ok.”

Flares have caused problems in motorsport before, with MotoGP running a campaign fronted by riders asking fans not to ignite flares during races from the Czech Grand Prix back in 2018 for the safety of on-track competitors.

Typically – and even now, despite him having retired at the end of last year – it was yellow flares that were set off by Valentino Rossi fans.